Europe is forsaking America as it prepares for all-out war. 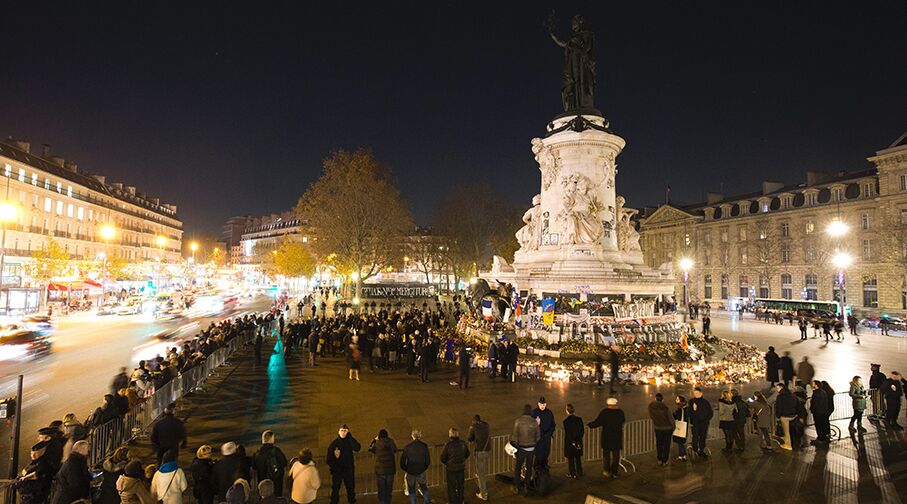 Europe is forsaking America as it prepares for all-out war.

The November 13 terrorist attacks in Paris caused a tremendous rift between America and the European Union. For the first time ever, a European nation—France—called on the European Union’s collective defense clause instead of turning to the American-led North Atlantic Treaty Organization (nato) for help. This represents a stunning rejection of American leadership.

The nation that benefits the most from France rejecting America is Germany. Germany has dominated the EU for years. France’s move will bring the European armies together in a way that the EU founders only dreamed of.

By invoking the EU’s collective defense clause rather than turning to nato, French President François Hollande was declaring that Europe is more than just a junior partner in America’s defense arrangement. Europe is its own power. It has its own foreign relations, its own interests and its own goals.

Most people didn’t recognize the significance of France’s decision. But it is a choice that will have a terrible impact on America—as well as Britain and the Jewish state of Israel. It will significantly alter the history of these nations, and of Europe.

Since the unlikely German-American alliance began after World War ii, the relationship has been strained.

The Good News, another of Mr. Armstrong’s publications, said this in April 1952: “The heart of the German people … has not been converted to our way of life. If they really would have come to love us since their defeat, would they now be trying to bargain for domination in Europe, and threatening to withhold support from the cause of democracy against Russia? Is that the way love is manifested? Can we purchase love with money?”

The mood in [Germany] is akin to a drunken rage of the kind last seen in the beer halls of the 1920s Weimar Republic, that period of crude, uncivilized behavior that paved the way for Hitler’s rise…
Markus Feldenkirchen

Even as America helped rebuild Germany under the Marshall Plan, German leaders were aiming for European domination once again. American leaders have desperately tried to win the Germans over, but the Germans have not forgotten their crushing defeat at the hands of the United States and the other Allies.

“European antagonism toward the United States and its policies is now in the open,” the Plain Truth wrote in 1974. “The next few years will bring forth more misunderstanding, conflicts of interest, and at times outright hostility between the United States and Europe. Europe, including West Germany, will have to build its own unified armed forces, including nuclear weapons. Religious, as well as political forces, will play a key role in the future.”

Europe blames the American economy for the stock market crash in 2008. Since that crisis, the EU and Germany have pushed to draw the world’s financial power away from London and New York and to gain greater control over global finances. America’s national debt is nearly $19 trillion; President Barack Obama and then House of Representatives Speaker John Boehner agreed to a budget deal in October that will raise the debt to $20 trillion by the end of Mr. Obama’s second term. The world has never seen such reckless spending, and Europe—particularly Germany—has taken notice.

Germans were repulsed when Edward Snowden exposed the extensive spying tactics employed against their nation by the U.S. National Security Agency. The tactics included wiretapping German Chancellor Angela Merkel’s phone and collecting heaps of digital data from the population. Even though this type of spying goes on all the time—and Germany itself has since been found to spy on its allies—that spying scandal deepened the divide between the two longtime allies. After it happened, only 35 percent of Germans considered America to be a reliable partner for Germany.

That is a revealing statistic about one of America’s “lovers,” but our leaders refuse to see it. They continue treating Europe like the greatest, most trustworthy of partners. “Europe is the cornerstone of our engagement with the rest of the world,” said Vice President Joe Biden on Feb. 2, 2013, “and is the catalyst for our global cooperation.”

Europe is viewing the Paris attacks as the start of World War iii. The Syrian refugee crisis allowed at least one of the Paris terrorists to sneak onto the Continent undetected, but Washington sees no need to change its failed foreign policy regarding Syria. President Obama is focused on what he views as the real greatest threat to global security: climate change.

Unrest in the Fatherland

Angela Merkel, who until recently was the most-loved leader on the planet, is now facing almost daily calls for her resignation. Germans love a kind leader during times of peace, but they have always turned to a strongman for emergencies and war.

“Far-right groups were quick to seize on the Paris terror attacks as evidence of a need to curb immigration,” wrote the Associated Press. “While it’s the extremists on the far right who are grabbing most of the headlines, mainstream Germans are increasingly being drawn into inflammatory rhetoric—and at times anti-foreigner sentiment” (Nov. 15, 2015).

Have we seen such a volatile climate in Germany before? In an article for Spiegel titled “What’s Happening to My Country?” Markus Feldenkirchen wrote: “The mood in this country is akin to a drunken rage of the kind last seen in the beer halls of the 1920s Weimar Republic, that period of crude, uncivilized behavior that paved the way for Hitler’s rise and the most brutal decade in world history” (Nov. 12, 2015).

Europe has faced a financial crisis, a refugee crisis, and a wave of radical Islamist terrorist attacks—in rapid succession. It faces a severe and constant threat from the Islamic State, which apparently is progressing toward chemical weapons. But the threat that these militants pose is merely a distraction compared to the threat from Iran, the head of the radical Islamist snake! (Daniel 11:40).

France turning toward a common European defense is a sign of the fracturing of this transatlantic alliance, and a precursor to the construction of a strong, unified military in Europe.

The last time Germany experienced similar chaotic conditions, one of the most evil dictators in history seized power!

Your Bible says that another strongman is about to lead Germany into war (Daniel 8:23). This man will be more destructive than Hitler. He will have the backing of an evil spirit power, just like Hitler did (verse 24). We have prophesied of his appearance for more than 70 years. Only biblical prophecy could open our eyes to this startling reality.

For decades, America has suffered from the delusion that appeasing our bitter enemies will somehow make them our friends. The Prophet Ezekiel actually foretold of this deadly mistake. Our lovers are going to double-cross us. (Request our free book on Ezekiel for proof.)

“You may be sure the West European leaders are conferring hurriedly and secretly about how and how soon they may unite and provide a united European military force so they can defend themselves!” Mr. Armstrong wrote in the April 1980 Plain Truth. “And so they will no longer have to give in meekly to Russia! And who will they blame for their humiliation and their necessity now to have a united Europe, with a united government, a common currency, and a common military force as great or greater than either the ussr or the U.S.? They will blame the United States! And when they are strong enough to assert themselves, … [t]hey will first attack Britain for standing firm with the United States, and then they will return a lot of the hydrogen bombs the U.S. has stored in Europe!”

This is why we believe it is so revealing to see France turning away from the United States and toward a common European defense in the wake of these latest terrorist attacks. It is a sign of the fracturing of this transatlantic alliance, and a precursor to the construction of a strong, unified military in Europe. These are terribly important prophetic developments. Mr. Armstrong told us about them for many decades.

“The prophet which prophesieth of peace, when the word of the prophet shall come to pass, then shall the prophet be known, that the Lord hath truly sent him” (Jeremiah 28:9). Many claim to speak for God or have prophetic understanding. We must judge by fruits.

God specifically said that He would send a man in the role of “Elijah the prophet” in the end time—just before “the coming of the great and dreadful day of the Lord” (Malachi 4:5). Has this man come already? Have we witnessed a man on the scene in this end time who possessed a track record of accurate prophecies? This man has come and gone, and now the Day of the Lord is nearly upon us!

Herbert W. Armstrong foretold the inspiring end to the German war machine we see taking shape today. You can see that end in many biblical prophecies, including Daniel 8:25: “And through his policy also he shall cause craft to prosper in his hand; and he shall magnify himself in his heart, and by peace shall destroy many: he shall also stand up against the Prince of princes; but he shall be broken without hand.”

The world will soon feel the wrath of the seventh and final resurrection of the Holy Roman Empire—led by a revived Germany and straddled by the Roman Catholic Church (Revelation 17). But Christ Himself will return and put a stop to this dangerous superpower. He will save all humanity! As the days ahead get darker and darker, keep your focus on this great news.