What does the Chinese currency’s upgrade mean for the dollar? 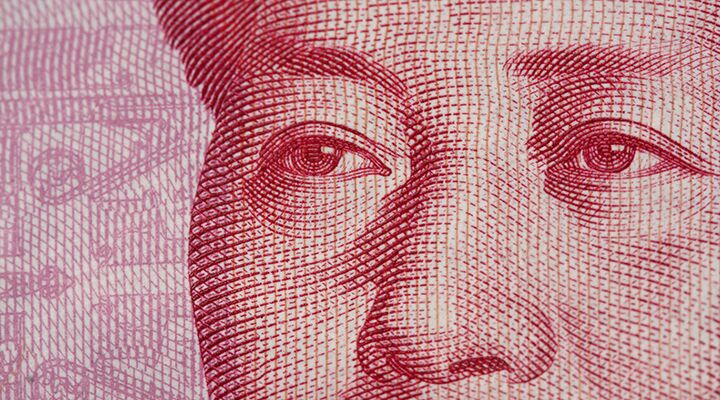 What does the Chinese currency’s upgrade mean for the dollar?

Yet the move is more than a confirmation of China’s arrival as an economic juggernaut. It is a sign that America’s power is waning and the dollar’s role as the world’s reserve currency is being increasingly challenged.

The yuan’s inclusion in the imf basket has been a Chinese political goal for years, as Beijing seeks greater international influence. It is an objective the United States has steadfastly resisted.

The yuan’s inclusion in the SDR currency confirms that world opinion is turning against America.

Owning—and thus controlling—the premier currency of global commerce comes with enormous benefits. The world uses dollars for trade. This creates enormous demand for the greenback, which allows America’s central bank to keep interest rates much lower than other nations are able to. This makes borrowing less expensive for America’s banks, businesses and consumers, and gives them an advantage against international competitors without the usual negative side effect of currency depreciation. Similarly, it allows America to simply print money to cover government spending—also without turning the dollar into confetti.

The primary reason America’s economy has outperformed the rest of the world since the 2008 great recession is that reserve currency status allowed Americans to borrow and spend more money than anyone else.

Reserve currency is what Valery Giscard d’Estaing, French finance minister and later president, called America’s “exorbitant privilege.” It is a privilege the world envies—that China wants—and that America should be very afraid of losing.

Last March, after furious diplomatic effort, the U.S. lost the battle with China over the creation of the Asia Infrastructure Investment Bank. America opposed this bank as an effort to undermine U.S. influence in Asia—yet it was routed. Even America’s closest European allies like Britain and Germany joined this Chinese-led initiative. It was a telling sign of America’s waning influence.

The yuan’s inclusion in the sdr currency confirms that world opinion is turning against America.

The single best predictor of any given country’s investment in yuan is that nation’s dissatisfaction with the U.S.-led order, according to analysts Michael Bailey, Anton Strezhnev and Erik Voeten. They say that much of the world’s interest in adopting yuan for trade is fueled by China’s rise as America’s geopolitical rival.

This is not a new trend. At least 37 central banks added yuan to their foreign exchange savings between 2010 and 2014, according to the Washington Post. This was before the recent imf announcement, so there will soon be more.

Many of these central banks are in nations less aligned with U.S. policy. But worryingly, there are now signs that America’s allies are also looking for alternatives to the dollar.

The current value of all sdrs is only around $280 billion, and most economists estimate that the yuan’s inclusion will take up only around 10 percent of the value of the currency basket. This has led some analysts to conclude that the yuan’s inclusion in the sdr basket is overhyped. The big impact, however, isn’t just from the imf decision, but from the actions of both the world’s central banks and its investment community. Asset manager AllianceBernstein estimates that up to $3 trillion could move into China over the next few years.

Analysts argue that ultimately the economic attractiveness of the yuan will have the greatest impact on whether it can challenge the dollar as a reserve currency. To a certain extent this is true, and China is making great strides toward making the yuan an attractive investment.

But what we are increasingly seeing is that it is not purely economic incentives, but geopolitical preferences influencing central bank decisions on which currencies to hold. This is an ominous sign for America.

If the dollar loses its reserve currency status, the implications for your pocketbook and the entire geopolitical order will be massive. Whether through a slow chipping away process, or a sudden dramatic move, the result is the same: loss of purchasing power. The only question is, will it come fast, or will it start slow and then give way?

The dollar’s reserve currency status helped America get through the 2008 economic crisis. But another economic crisis is coming. This time, America may not so easily be able to print money to pay its debts.

As Herbert W. Armstrong wrote back in 1968, “If the dollar is devalued, inflation will almost surely result—and eventual economic collapse for the United States. Those of you who truly believe the prophecies of your Bible know such economic collapse is prophesied to happen!” (co-worker letter, March 26, 1968).

Although the yuan’s inclusion in the sdr basket does not in itself guarantee this outcome, it is an obvious step in China’s not-so-secret plan to make the yuan a reserve currency. This will come at the expense of the dollar, since most international trade with China uses dollars.

The dollar’s global status is being challenged. America may think it is still the world’s unchallenged economic superpower—but other nations are banding together to change that.