Parents are relieved when they get their child through high school and into college. But is campus living safe? 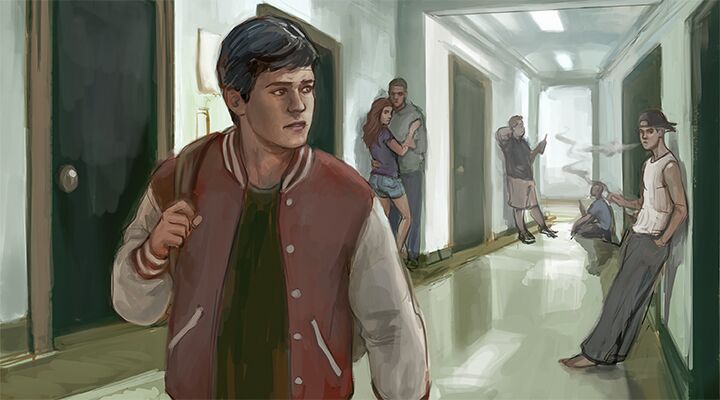 Parents are relieved when they get their child through high school and into college. But is campus living safe?

What type of environment do you picture college to be? Especially if you are planning to send your child to one, you need to make sure that picture matches reality.

Of the 52 school shootings that took place in 2015 before mid-October, 21 occurred at colleges and universities. The bloodiest took place at Umpqua Community College in Roseburg, Oregon, on October 1. The statistics are chilling: nine people murdered at point blank range; nine others seriously injured. The shooter, also a student, committed suicide. This was the first campus mass shooting to take place in one classroom.

Attending her first week of college, Sarah Cobb, 17, was in the classroom next to the murders. Familiar with hunting, she fully understood what was happening inside the classroom next to hers. She ran through the rest of the building telling others to run from the tragic trouble. “I don’t even know what to think,” she said when asked about surviving the mass shooting. “I’m terrified. I don’t want to go back there for a long time.”

No one living in Roseburg would have believed that something so devastating could happen in their community. But it did!

Within days of the Umpqua killings, two more campus shootings took place. The shooting at Northern Arizona University in Flagstaff left one freshman dead and three other young students injured. At Texas Southern University in Houston, two students were shot, one fatally.

Mass shootings at college campuses make big news. However, there are other life-threatening risks your teen must escape to survive college. Here are several that you should be preparing your son or daughter to avoid.

College students have come to believe that partying, which often means excessive drinking and dangerous drugs, is an essential part of their higher-education experience. The Princeton Review publishes an annual list of the top party schools in America based on student surveys.

College administrators are not thrilled to have their institution win the top spot. Why? Each year, an estimated 1,825 college students die from alcohol poisoning and alcohol-related injuries; the majority are freshmen. The number one cause is binge drinking. Besides the deaths from alcohol abuse, another 590,000 students are injured each year from alcohol-related accidents, including automobile wrecks and falls from high-elevation balconies.

While some new college students are experienced with drinking alcohol, many are not. It is the young freshman who refrained from alcohol and drug use in high school who is the most vulnerable to the peer pressure to party up. “At least eight freshmen at U.S. colleges have died the first few weeks of this school year,” reported Inside Higher Ed in September 2014. At Texas Tech University, a freshman died of alcohol poisoning at a fraternity party 24 hours before his first day at school. At Michigan State University, an international student died after a night of drinking during the university’s “move-in weekend.” At Towson University, a freshman died after falling into a glass door at a party. These were terrible tragedies for the families, friends, college administrators and other students.

Each year, an estimated 1,825 college students die from alcohol poisoning and alcohol-related injuries.

American colleges and universities tout themselves as bastions of personal freedom for young college students. They can be overwhelming places for students who lived a structured and safe life at home. There is only so much that college or university administrators can say or do to warn your child. All wise parents need to make time to educate their college student about the choices he will be forced to make while living on his own.

At many college parties, illegal drugs are often consumed with alcohol. Besides being potentially fatal, experts know that drug abuse is a main factor leading to college campus rape and sexual assault. “The majority of safety-related incidents … occur when students are under the influence,” warns Connors State College’s eight-page student safety manual. “Many victims and perpetrators of sexual assault are under the influence when an incident occurs. Make smart choices so that your judgment and your safety aren’t compromised by alcohol or other drug abuse.”

The manual makes a few more statements about the dangers of mixing “legal” prescription drugs with alcohol, showing that such behavior often leads to overdose, which can also lead to death. Then, regarding the most dangerous illegal drugs in use on college campuses, the manual says, “If you choose to take Ecstasy, ghb, Special K, lsd, Meth or another drug, you may not know what’s mixed into it. … [I]t can do a number on your body and brain.” College administrators take it for granted that students are regularly using harmful illegal drugs.

Honest administrators know they can do little to stop illegal drug use. The decision to use or not use a harmful illegal drug lies squarely on the shoulders of your child—well, almost. The drug Ecstasy is tasteless and is often slipped into a person’s drink unknowingly. If you send your son or daughter to college, educate them about date-rape drugs. Recognize that both female and male college students are victims of sexual assault and rape.

It is estimated that there are more than 1,000 suicides on American college campuses per year. Experts attribute student stress over the need to achieve to be the leading factor of suicide.

So, what is the real source of all the life-threatening, personally injurious problems taking place on our college campuses? Few would suspect that it could be our education system. But modern education has done little to solve the world’s problems that are ever growing worse. And we are seeing some very ugly sides to what are supposed to be enlightened centers of learning.

Something is missing in our education system. You can see it in the materialistic emphasis. You can see it in the prevalence of drug use and the epidemic of rape. The missing dimension is instruction in character—how to live the right way: morally, cleanly, at peace with others. This is the greatest danger on college and university campuses. Our lofty educational institutions fail to teach our young people about God and the productive, successful life that can only be gained by living by His Ten Commandments. These eternal laws teach young people how to make right choices in life (Deuteronomy 30:19).

There is a way you can protect your college-age student from the dangers of campus life. Provide him with right education. Please request a free to you copy of our booklet Education With Vision. It is one of the best sources you can read to help your child attain life-building academic success.