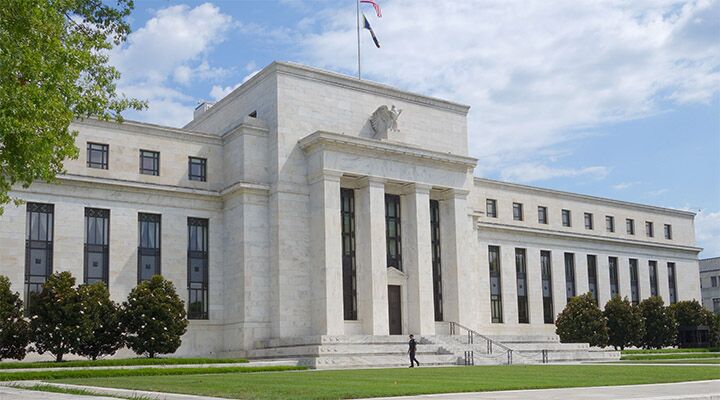 You know the movie scene: A hospital patient has a heart attack. Beep. Beep. Beep. Beeeeeeep. The heart monitor flatlines, the patient spasms, and the doctors swarm into action. Now consider the following chart—especially the part since 2009.

Doesn’t look like a healthy cardiogram, does it? For more than six years the Federal Reserve’s interest rate has flatlined between zero and 0.25 percent—the lowest level ever. Nothing even remotely similar to this has occurred in United States monetary history.

For context, the last time the Federal Reserve raised interest rates was so long ago that there was no one to tweet about it. As the Economist pointed out, Twitter did not yet exist.

But now it appears that the Federal Reserve might be poised to act. If so, it “will entail the largest monetary policy experiment in human history,” writes Quartz magazine.

Today, September 17, the Federal Reserve will announce whether it will finally bring out the defibrillators and jolt America’s economy by raising interest rates. Or if it thinks it is still too risky to try and bring America out of its debt-induced vegetative state.

Regardless of what it does, September could be a big economic turning point.

An interest rate rise could cause “panic and turmoil,” the chief economist for the World Bank warned last week. “It is the compounding effect of the last two weeks of bad news,” he said. “The world economy is looking so troubled that if the U.S. goes in for a very quick move in the middle of this I feel it is going to affect countries quite badly” (emphasis added throughout).

You know the global economy is barely clinging to life when one of the world’s chief economic authorities warns that panic and turmoil could result from an interest rate increase that the Federal Reserve has characterized as a quarter of a percent or less.

The International Monetary Fund (imf) is warning about such rate increases too. In a September 5 letter, it said there are still too many risks to global growth to risk raising rates. “Monetary policy must stay accommodative to prevent real interest rates from rising prematurely,” the imf said. Managing Director Christine Lagarde said in June that the Fed should hold off on increasing rates until at least 2016.

Here is the trouble: The world, especially America, is addicted to debt.

After the 2008-2009 Wall Street meltdown there was a lot of talk about how businesses and economies needed to deleverage and pay down debt.

But the opposite happened.

The Federal Reserve prevented the natural rebalancing the economy needed. It prevented the bad debts from being written off and overleveraged companies going bankrupt by slashing interest rates to record lows and printing money by the trolley load.

There was no debt jubilee. No debt release. Instead: almost seven years later, debt levels are higher than ever. In America, non-financial sector debt is 21 percent higher than it was in 2007. U.S. federal debt is up almost 40 percent during that time! In the United Kingdom, debt is up 41 percent. In the eurozone, it is up 45 percent; France leads the way with an astounding 77 percent increase. Even in fiscally conservative Germany, debt is up 10 percent. In China, debt is up a whopping 82 percent. Of major economies, only India has lowered its debt levels.

Even a high schooler should know this is a disaster—especially since economies have stagnated.

What will happen when interest rates rise? Interest costs will increase. People and businesses will be forced to spend less. Asset prices will fall. Economies will slow. Unemployment will tick-up. Deflation will menace. These are the knowns.

But with such enormous global debt outstanding, there is also the very real threat of panic and turmoil. History shows that when debt bubbles pop they often set off mad scrambles for cash. Even if central banks unleash quantitative easing for the people via helicopter drops and direct handouts—policies that ultimately lead to inflationary ruin—for a time, cash becomes king. The dollar could soar in value, before crashing hard.

And an interest rate hike might be coming sooner rather than later.

In June, the Bank for International Settlements (bis) warned that central banks needed to begin raising rates immediately. Current monetary policy was “stretching the boundaries of the unthinkable,” it said.

The so-called “bank of central bankers” was the only global body to warn repeatedly and loudly before the 2008 global financial crisis that the system was becoming dangerously unstable.

The president of the Minneapolis branch of the Federal Reserve seems to be prepping for a rate increase too. On September 8, he said that once the Federal Reserve begins raising rates, the government must do everything it can to counteract the tightening effects.

to keep the economy stable the government must add more debt, he said.

So which is it? Do we need more debt or less debt? Should authorities raise interest rates or keep them where they are?

A better question: Does anybody really have a clue how to fix the economy. The patient is clearly dying—its heart isn’t beating—but the risk is that the next shot of debt-adrenaline might be a killer.

The reality is that the question over raising rates is really a false one. The damage has already been done; the consequences have just been postponed. Nothing central banks can do will save this patient.