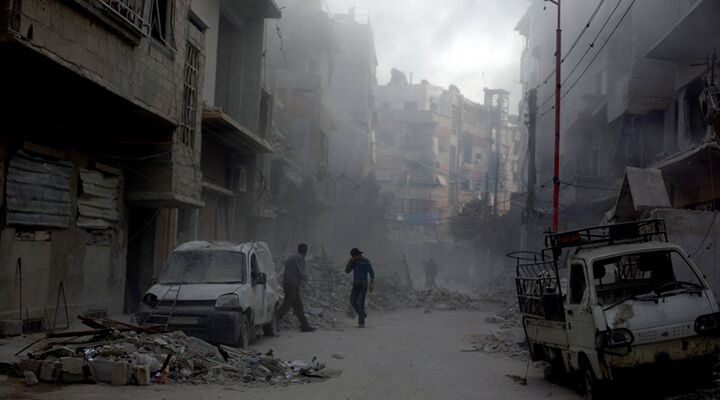 “Based on current trend lines, it is time to start thinking about a post-Assad Syria.” That was the estimate of a United States intelligence official, based on events that occurred in Syria in May.

On May 20, the Islamic State captured the ancient city of Palmyra in central Syria—four days after the same terrorists seized the city of Ramadi in central Iraq. With the capture of both of these cities, the Islamic State gained control of the vast region between them, ensuring the group’s supply routes for weapons.

With the capture of Palmyra, the Islamic State now controls 35,000 square miles—more than half of Syrian territory.

The other half is essentially a battlefield where Assad is fighting on multiple fronts against the Islamic State; Jabhat al-Nusra, backed by al Qaeda; the Southern Front, backed by the United States and Jordan and the Army of Conquest, sponsored by Saudi Arabia, Turkey and Qatar.

Reports in late May indicated that Assad was temporarily fighting with the Islamic State in Aleppo, northern Syria. It’s not the first time that Assad’s regime (or Iran) has done this. Analysts view this as Assad’s strategy to help eliminate the rebel groups with greater international support and thus leave the world with only two options: a barbarous Islamic State or his own regime. In such a scenario, Assad believes he would be chosen as the lesser of two evils.

Other analysts, however, say that Assad is in such dire straits that he could lose his power in the early elimination rounds. An unnamed diplomat told Agence France-Presse that “[t]he Syrian army today has become a Praetorian guard that is charged with protecting the regime.” Analysts believe Assad’s main ally, Iran, is pushing Syria to take a more defensive approach.

Israel’s Channel 2 Arab affairs analyst Ehud Ya’ari said, “Assad no longer has enough troops to move around.” Ya’ari, who, according to Abraham Rabinovich of the Washington Free Beacon, is normally cautious in his predictions, boldly stated: “Unless Iran does what it hasn’t done so far—send in their own forces in significant numbers—Assad is finished.”

This assessment aligns with editor in chief Gerald’s Flurry’s prediction in his September 2012 Trumpet article “How the Syrian Crisis Will End”: “Right now, Bashar Assad’s Syria is closely allied with Iran—but [Bible prophecy] shows that these two nations are about to split. This will have a domino effect on other nations. These events will really shake this world and dramatically alter the course of history!”