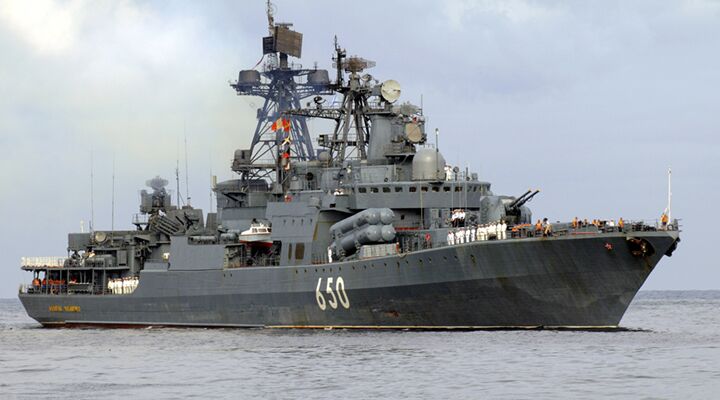 Russia’s entire Baltic Fleet, as well as air and land forces, will conduct drills this weekend in and around Kaliningrad Oblast, the Russian Ministry of Defense announced Wednesday.

A separate Ministry of Defense statement said air- and land-based troops would conduct simultaneous exercises in the Kaliningrad region. “At the final stage of training at the sites in the Kaliningrad region, units of the Baltic Fleet coastal forces will live fire small arms and grenade launchers,” the statement said. The drills will include “weapons infantry fighting vehicles, bmp-2s, and T-72 tanks” and personnel “will conduct complex tasks on their intended use.” Unconfirmed reports said the drills would include units from Belarus alongside the Russian forces.

The drills come at a time of heightened concern among the Baltic states. These nations see Russia’s increasing aggression against Ukraine, Georgia, etc., and fear that President Vladimir Putin could set his sights on the Baltics next.

In mid-January, Lithuania’s Defense Ministry distributed a how-to manual to citizens and soldiers explaining what to do in the event of a foreign invasion. The manual, “How to Act in Extreme Situations or Instances of War,” is 98 pages long and is intended to gird Lithuanians for the possibility of invasion and occupation. “Keep a sound mind, don’t panic, and don’t lose clear thinking,” the manual says. “Gunshots just outside your window are not the end of the world.”

Lithuania borders the Russian oblast (region) of Kaliningrad, and was under Soviet control for most of the time from 1940-1991. Many of Lithuania’s citizens say Russia’s role in the Ukrainian crisis means Moscow is a danger to all of its neighbors. “When Russia started its aggression in Ukraine, our citizens here in Lithuania understood that our neighbor is not friendly,” said Lithuanian Defense Minister Juozas Olekas in an interview with Reuters. The situations with Ukraine and Georgia, both of which have recently lost territory to Russia or pro-Russia forces, “show us that we cannot rule out a similar kind of situation here,” Olekas said.

Lithuanian Ambassador to the United States Žygimantas Pavilionis told the Trumpet he is worried that Putin may not stop grabbing up Eastern European turf—as he did in Crimea—unless Western powers stand up to him. “Since things are becoming more like the 19th or 20th centuries now, we need to be brave,” the ambassador said. “We need more strategy.”

To understand why the Trumpet is following the trends of Russia’s resurgence and Europe’s response to it, download our free e-book, The Kings of the East.