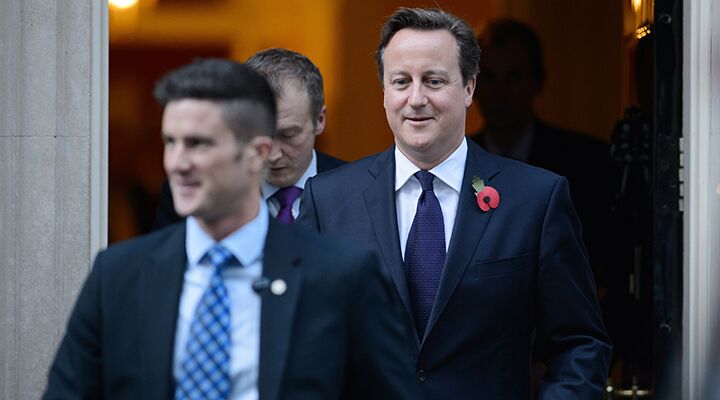 Britain was slapped with a £1.7 billion bill (us$2.7 billion) by the European Commission on October 23. European officials recalculated national payments to the European Union based on a nation’s economic progress since 1995. Due to Britain’s perceived economic growth, it has been ordered to pay this bill on top of its regular national payment, bringing this year’s total to £10.3 billion ($16.5 billion). To add salt to the wound, Eurocrats demand Britain pay the bill by December 1.

This one-off bill has British politicians outraged. Prime Minister David Cameron said, “If people think I am paying that bill on 1 December, they have another thing coming.” He insisted, “It is not going to happen.”

Downing Street later stated that Cameron was not bluffing, nor just trying to delay payment. He made it clear Britain would not pay the £1.7 billion under any circumstances. Cameron believes the demand is “totally unacceptable,” and wants to know how the EU finance officials arrived at their figure.

The prime minister continued his angry rant: “It is an unacceptable way for this organization to work—to suddenly present a bill like this for such a vast sum of money with so little time to pay it. It is an unacceptable way to treat one of the biggest contributors to the EU.” He continued, “We are not going to suddenly get out our check book and write a check for €2 billion.”

Other politicians also expressed disbelief. Conservative M.P. Peter Bone stated, “To pay £1.7 billion because of the success of our economy is just rubbish. The British people won’t put up with this.”

Asked how this bill would impact Britain remaining part of the EU, Mr. Cameron responded, “Well it certainly doesn’t help, let’s put it like that. … When you are presented with a bill like this, with a month to go, is that helpful for Britain’s membership of the European Union? No, it certainly is not.”

“[Y]ou do not join an association that suddenly thumps you with a bill for €2 billion three weeks before you’ve got to pay it. … [I]f it behaves in this way, it shouldn’t get surprised when its members say this cannot go on and it’s got to change,” he added

Is this bill a calculated move by European officials to remove Britain from the European Union?

Herbert W. Armstrong, founder of the Trumpet’s predecessor, the Plain Truth, knowing Bible prophecy wrote in 1956 that “Germany is the economic and military heart of Europe. Probably Germany will lead and dominate the coming United States of Europe. But Britain will be no part of it!”

December 1 stands as an important date for Britain’s relationship with Europe. Will Prime Minister David Cameron pay the European Commission? If he doesn’t, what will happen to Britain?

Will December 1 mark the beginning of Britain’s exit from the European Union?