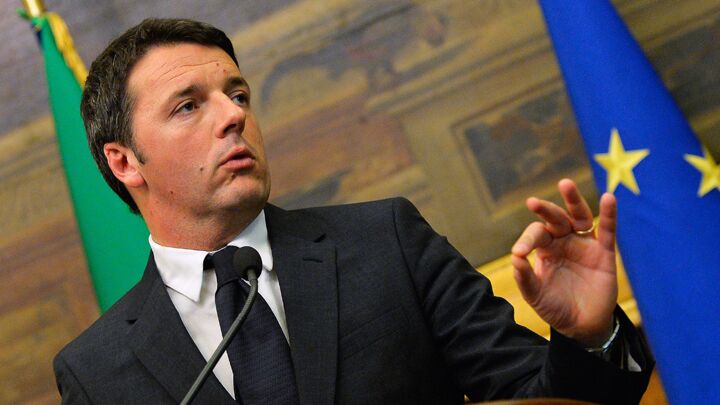 ‘We assume Britain’s leaving the EU so we don’t even bother thinking about British sensitivities at the moment.’

The ever-growing rift between European countries pushing for a unified state, and Britain, who wants to reduce the power of the European Union, is becoming increasingly evident. This rift will only grow, especially considering the goals outlined by the Italian Prime Minister Matteo Renzi, for Italy’s presidency of the EU, which began July 1.

Renzi’s goals included pushing for a “United States of Europe.” This move will raise the ire of the British, as they are staunchly against such a move.

“[A] stronger and more cohesive Europe is the only solution to solve the problems of our time,” Renzi said. He has called upon his fellow European leaders to work toward this goal.

Anti-European parties have risen throughout Europe in the past few months; they want their individual nations to keep their sovereignty. Renzi wants European leaders to unite and save the EU before these parties destroy it.

For my children’s future, I dream, think and work for the United States of Europe.
Italian Prime Minister Matteo Renzi
Renzi envisions a stronger Europe that can respond to world problems once united—a unified Europe that is willing to lend a helping hand. “We cannot call ourselves Europeans if, when we witness the pain of the world, we turn the other way,” he said.

Soon-to-be-appointed EU Commission President Jean-Claude Juncker also has loudly voiced his views on the unification of Europe. For this reason, British Prime Minister David Cameron tried in vain to block his appointment.

A unified Europe would create a superstate. National governments would be relegated to the status of a local county, giving the EU Commission more authority over national governments. This would destroy a nation’s sovereignty.

As if to prove a unified Europe would have no national boundaries, Renzi, speaking on the threat of immigration facing Italy, inquired whether the Mediterranean was an Italian border or a European one. Renzi wants his fellow Europeans to grasp the bigger vision of a unified Europe.

Showing the EU’s increasing willingness to accept a British exit, the EU is leaving Britain out of major decisions. “We assume Britain’s leaving the EU so we don’t even bother thinking about British sensitivities at the moment,” one EU official said.

Herbert W. Armstrong, founder of the Plain Truth magazine, which is the predecessor of the Trumpet, warned about a coming United States of Europe since 1934. Now it is almost here.

Based on Bible prophecy, he wrote in 1956, “The stage is all set! All that’s lacking now is the strong leader—the coming fuehrer! The Germans are coming back from the destruction of World War ii in breathtaking manner. Germany is the economic and military heart of Europe. Probably Germany will lead and dominate the coming United States of Europe. But Britain will be no part of it!”

Mr. Armstrong foretold of a unified states of Europe 80 years ago as Europe lay in ruins after World War ii. “[A] United States of Europe was as certain as the rising of tomorrow’s sun,” the Plain Truth proclaimed in 1970. Despite Britain’s joining the European Common Market, Mr. Armstrong knew Britain would eventually leave.

Those predictions are incredibly close to fulfillment.

Read Richard Palmer’s article “Why Britain Is Closer Than Ever to Quitting the EU” to see how the unfolding events in Europe will force Britain out of the EU, just as Mr. Armstrong foretold.