How Americans have transformed their morals—and why it matters to you. 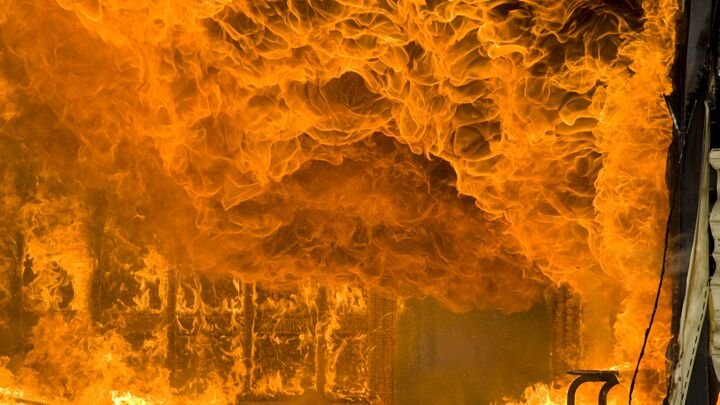 How Americans have transformed their morals—and why it matters to you.

When was the last time you sat down in solitude and seriously thought about where the United States of America is headed? Have you given any thought to what America will be like in 5, 10 or 15 years? I believe I have something to tell you that will help motivate you to do just that.

When I was a boy in the 1950s, I was taught that the usa was my country, and that I had a personal responsibility to appreciate, love and protect it. I had some special training in this area. My parents, grandparents, aunts and uncles lived through the Great Depression—they were a tough lot with high morals.

Several of my uncles fought, endured and were victorious in World War ii. I remember my mother’s older brothers telling my brothers and me their personal war stories about fear, fighting and becoming courageous amid nearly insurmountable difficulties. They taught us the immense value of our American freedoms because of the heavy price that was paid to secure them. To the best of my ability, I tried hard to appreciate the fact that I lived in America.

Looking back on that time now, I know how special it was. America was robust and strong—the world’s superpower. My neighborhood was full of happy families that actually associated and played together. I don’t remember being afraid of being mugged, some intruder breaking into my house, neighborhood gang violence, or terrorist attacks on my city.

My oldest granddaughter is 12 years old. Her America is radically different than the one in which I grew up. In fact, it is headed for catastrophe. My little granddaughter has a lot more to fear than I ever did at her age. This should not be!

Can you be honest with yourself? The United States’ political system has suffered a severed spinal cord and is severely handicapped. Our government no longer functions. Our economy is coughing up blood and is on the brink of collapse. What is even more frightful, our historic enemies, which lust for our destruction, are rising up and growing stronger daily.

It seems highly unlikely that a vigorous economy can be sustained in an enfeebled, hedonistic culture.
Robert Bork
There is a cause for every effect. Why has America (and our entire Western world) gotten so bad? Although a vast majority will likely not agree, it is time to identify the cause: the pervasive decline in our morals.

Are American Morals on the Rebound?

Some want you to believe that America is in the process of turning its morals around. “The United States remains beset by difficulties, political, economic and cultural. Some of the key social trends, however, are more positive. To study them provides hope that the country isn’t, as one doomsayer declared in the 1990s, slouching toward Gomorrah.” That’s what Bloomberg View’s Al Hunt assured all Americans in “American Moral Values on the Rebound” (New York Times, Dec. 22, 2013). This was an obvious slam against Robert H. Bork’s 1996 bestselling book, Slouching Towards Gomorrah: Modern Liberalism and American Decline.

With a gesture toward appearing sensible, Hunt does admit that the birth rate of Americans born to single mothers is troubling. Since 1965, that figure among blacks has tripled to 72 percent; the rate for whites has increased 10-fold to 29 percent, which is higher than the rates for blacks in 1965; the rate for Hispanics is currently 53 percent.

Yet, here is why Hunt is giddy: “Even so, an especially encouraging harbinger of change is the dramatic progress over the past two decades in reducing pregnancies and birthrates among teenagers. Although they remain higher than in most other countries, both rates have dropped about 40 percent in 20 years.” While we can agree that reducing pregnancies and birthrates among teenagers is a good thing, let’s be honest: These statistics do not mean there is a rebound in morality among American teens. Looking deeper into the facts makes my point.

What has lowered teen pregnancies and birthrates? “The magic combination of less sex and more contraception has contributed to this national success story,” states Sarah Brown, the chief executive of the National Campaign to Prevent Teen and Unplanned Pregnancy. Experts like Brown say teens are waiting longer to have sex, having fewer partners, and using contraceptives more. “There is a growing social norm that teen pregnancy is not OK,” Brown assures.

Think about what Brown is saying. Teens are waiting longer to have sex, are having sex with fewer partners and using more contraceptives. Where is the rebound in morality in that? And when was it ever widely accepted that teen pregnancy is OK?

The facts still staring Americans in the face are that the U.S. has the highest rates of teen pregnancy, birth and abortion in the industrialized world. U.S. teen pregnancy and birth rates are nearly double those of Canada, four times those of France and Germany, and more than eight times those of Japan. Nearly 1 million teen girls get pregnant in the U.S. each year. Almost four out of 10 young women get pregnant at least once before they turn 20. Don’t these facts show America leads the industrialized world in a lack of morality?

In May this year, Gallup conducted its annual Values and Beliefs survey in the U.S. The polling group discovered that the American public has become more tolerant on a number of key moral issues. Respondents were asked, “Do you believe that, in general, the following are morally acceptable?” The table below shows the percentage of change between the years 2001 and 2014. Study the numbers.

Having a baby outside of marriage:

As it turns out, Gallup discovered that Americans in the 18-to-34-year age group responded similarly on issue after issue. This means that as the older generation dies off, Americans will likely continue to become more socially liberal.

Gallup also discovered that moral tolerance among American Democrats has increased significantly on many issues, while Independents show a smaller shift in the same direction, and Republicans’ views have changed little. For example, in 2003, 52 percent of Democrats said having a baby out of wedlock is morally acceptable (compared to 40 percent of Republicans and 61 percent of Independents). Yet this year, while Republicans and Independents were unchanged (40 and 60 percent, respectively), Democrats who say it is morally acceptable jumped to 72 percent—a 20-point increase!

In Slouching Towards Gomorrah, Judge Bork, who died in 2012, recorded his deep concerns that America was being led into serious moral decline by modern liberalism. Written over 18 years ago, much of this book is a prophetic-like look into our troubled 21st-century American culture. For example, one concept that modern liberalism has successfully promoted throughout American society that Bork discussed in his book is “defining deviancy up,” meaning that “middle-class life”—with its higher standards of moral behavior—“is portrayed as oppressive and shot through with pathologies.” He quoted Charles Krauthammer as saying, “As part of the vast project of moral leveling, it is not enough for the deviant to be normalized. The normal must be found to be deviant.” This is precisely what has happened to American moral values.

In the ’50s, divorce, sex outside of marriage, having children out of wedlock, homosexual and lesbian sexual relations and pornography were considered deviant. Gallup’s May 2014 survey shows that the majority of Americans consider what was once deviant as morally acceptable. Do Americans now consider sexual abstinence prior to marriage, heterosexual marriage and fidelity in marriage to be deviant?

Tragically, in many cases the answer is yes. In fact, modern liberals are waging a full frontal attack to destroy traditional marriage—one man wedded to one woman.

Looking into our time now, the Prophet Isaiah said, “Woe unto them that call evil good, and good evil; that put darkness for light, and light for darkness; that put bitter for sweet, and sweet for bitter!” (Isaiah 5:20). Isaiah was speaking specifically about America’s moral health. When a majority of Americans believe that “anything goes” concerning sex, isn’t that calling evil good? When a nation falls into that way of living, Isaiah warns that woe will follow.

Robert Bork viewed American society as sickly hedonistic, meaning that the majority of individuals are focused solely on personal pleasure. Bork also believed America’s moral wretchedness would destroy its economy. “[I]t seems highly unlikely that a vigorous economy can be sustained in an enfeebled, hedonistic culture,” he wrote. When we consider all the facts, could it be that Judge Bork was more right than Al Hunt wants us to believe?

“Analysis demonstrates that we continue slouching towards Gomorrah …. The imperative question is whether there is any possibility of avoiding the condition of Gomorrah,” Bork wrote in the final chapter of his book. Human history shows that once a society slips into such terminal degeneration, it does not come back. America has passed that point of no return. When you consider that 58 percent of Americans believe that homosexual relations are “morally acceptable,” hasn’t America become “Gomorrica”? The Bible shows that catastrophe is looming on the horizon (2 Peter 2:6).

Take the time to examine your moral values. Are you concerned about the moral direction of the country? Or have you slipped into the belief that there are no moral absolutes? You need to understand the danger in such thinking—both to you personally and to your nation!

We have a booklet you need to read. It exposes the agenda behind this rapid shift in society’s morals. It reveals where this trend is taking us, and what you can do as an individual to safeguard yourself and your family. It is called Redefining Family. It will help you make sense of this revolutionary trend, and show you the path toward a strong family and a healthy moral and spiritual life.