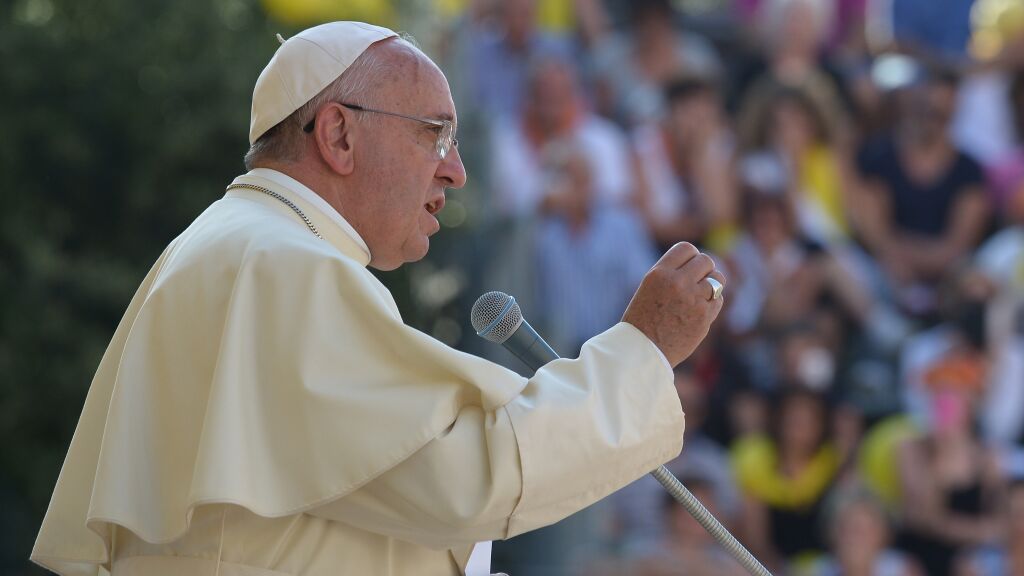 Not working on Sunday is “true freedom,” Pope Francis said on July 5 during an address on the subject of industry and labor in the region of Molise, southern Italy. “The issue of working Sundays,” the pope said, “affects not only believers, but it affects everyone, as an ethical choice.” He continued:

A work-free Sunday—with the exception of necessary services—says that our priority is not economics, but the human being, gratuity, non-commercial relations, rather family and friends, for believers it means a relationship with God and with the community. Perhaps it is time to ask whether it is a true freedom to work on Sundays.

The region of Molise is beset by high unemployment. The pope lamented the situation, saying that unemployment “robs people of dignity.” But here he warned that creating jobs by working on Sundays is not the solution.

Catholic leaders have called repeatedly for universal Sunday observance in Europe—even for those who are not Catholic and do not attend church on Sundays. Francis’s predecessor, Benedict xvi, said that “without the Lord’s day, we cannot live.”

The Catholic Church, through the Commission of the Bishops’ Conferences of the European Community (comece), has made several attempts to make it illegal for people to work on Sunday, with exceptions for emergency services, hotels and perhaps tourism and a few other industries. It is currently working with trade unions in the European Sunday Alliance to raise up a grassroots movement in favor of Sunday observance. It has made little progress so far, largely because there is no grassroots support for such a law.

EU law already entitles workers to at least one day off every week. Sunday-enthusiasts are struggling to convince workers that their lives will be better if they were forced, by law, to take Sunday off. In fact, research that the European Sunday Alliance and comece point to to support their cause shows the opposite—the more regulations a nation has restricting when a person can work, the worse workers say their work-life balance is.

Many European countries already have laws restricting work on Sunday. Getting support to keep the status quo is easy, but there’s no grassroots support for increasing Sunday observance where those laws have already been loosened. The only way something like Sunday observance can be enforced is not through a grassroots movement, but from the top.

In recent months, the pope has promoted the Catholic economic system as a solution to Europe’s economic troubles and high unemployment (you can read about that system in our recent article “Much More Than an Economic Plan”). It is not surprising, then, to see the pope promoting Catholic teaching about Sunday observance as the solution to social and family problems.

The Trumpet has warned for years that Sunday observance will be forced on Europe’s citizens as part of the Catholic solution to the Continent’s economy. For more information on the grave dangers in this, read Trumpet editor in chief Gerald Flurry’s article “The Pope Trumpets Sunday.”