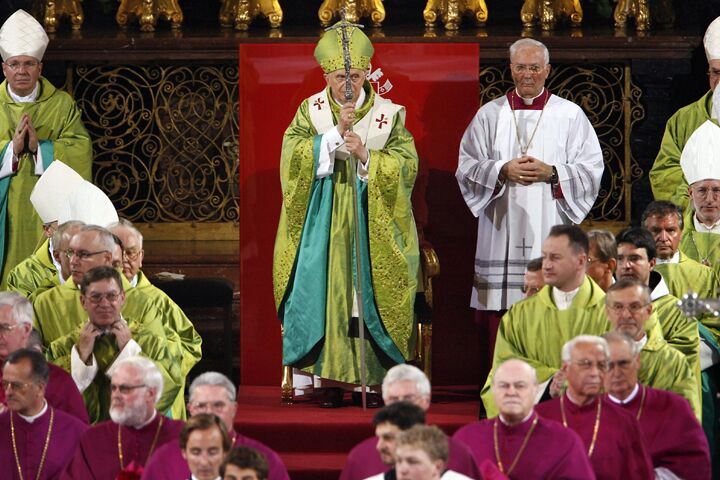 Speaking on the final day of his three-day visit to Austria, the German pope voiced a strong call for Christians to revive Sunday keeping as an all-important religious practice.

“Give the soul its Sunday, give Sunday its soul,” he chanted before a rain-soaked crowd of 40,000.

Benedict said that Sunday, which he stated has its origin as “the day of the dawning of creation,” was “also the church’s weekly feast of creation.”

Warning against the evils of allowing Sunday to become just a part of the weekend, the pope said people needed to have a spiritual focus during the first day of the week, or else leisure time would just become wasted time.

Sunday worship, he warned, was not just a “precept” to be casually adhered to, but a “necessity” for all people.

In the opening greeting, the archbishop of Vienna said a movement in Austria had been initiated to protect “Sunday from tendencies to empty [it] of its meaning.”

In Austria, most businesses are restricted from operating on Sunday. However, some business groups are pressuring the government to be allowed to open, a move Roman Catholic groups vehemently oppose.

During Benedict’s trip to Austria, he called for Europe to look to its Christian roots, to trust in God and to defend traditional values.

The pope has been very vocal about Europe’s Christian—or Catholic—roots, and is pushing to have them included in the European Constitution. Although laws concerning Sunday worship are currently determined by individual nations, look for the European Union to eventually gain jurisdiction over the work week—which is one big reason the Catholic Church is so intimately involved with the evolution of the EU. For more on the Catholic Church and Europe, read “The Pope Trumpets Sunday” by the Trumpet’s editor in chief.