The Vatican wants to establish Sunday observance in EU law. If our peoples really understood history, this would terrify them. 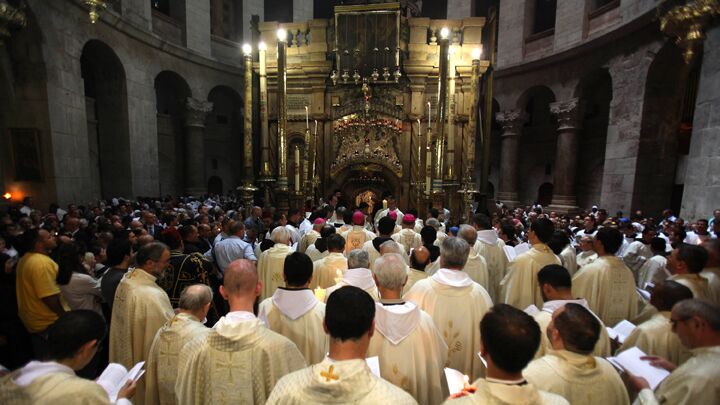 The Vatican wants to establish Sunday observance in EU law. If our peoples really understood history, this would terrify them.

The Roman Catholic Church has been fighting to make Sunday observance mandatory in Europe for the past 15 years. Its efforts have not yet succeeded in having a Sunday rest enshrined in European Union law—though at times it has come close.

Over the past few months, the church has been on the attack using the EU’s Working Time Directive.

A hideously socialist piece of legislation, the Working Time Directive makes it illegal for a person to work for more than 48 hours a week. When originally passed back in 1993, the directive required all employees to have a weekly rest period, which “shall in principle include Sunday”—though it did concede that “it is ultimately for each member state to decide whether Sunday should be included in the weekly rest period, and if so to what extent.” But before EU nations enforced the directive, the European Court of Justice annulled the provision that would require employees to rest on Sunday.

Catholics have been trying to get the provision back in the directive ever since. They may be close to doing so. The principle of Sunday rest is already codified in EU law for all employees under 18, within the 1994 Protection of Young People at Work Directive. It would be just one more step for the EU to impose it on the whole workforce.

Many members of the European Parliament (meps) have supported the introduction of a Sunday rest clause over the past few months. More than 40 meps signed two amendments to the Working Time Directive that would enforce Sunday observance “in principle.” The amendments did not go to vote for procedural reasons.

Of course, behind the latest Sunday amendment proposals is the Catholic Church. The Brussels-based Commission of the Bishops’ Conferences of the European Community (comece), a group of Catholic bishops, has been leading the charge. In a November statement calling for the European Parliament to enforce Sunday, comece said: “If the European Parliament is taking seriously the point clearly outlined in the directive, it would be logical that it completed the present text with a disposition on Sunday as a day of weekly rest.” The protection of Sunday, said comece Secretary General Piotr Mazurkiewicz, “is a cornerstone of the European social model and an issue of central importance for workers and their families” (TheParliament.com, Nov. 10, 2008). comece representatives have also met with a number of politicians to push their cause.

The directive will be under discussion for a few more months. comece admonished the church to “stay mobilized” on the Sunday issue (press release, Dec. 17, 2008). Don’t be surprised if a little pressure from the right place gets a new amendment added enforcing Sunday.

The pope has been a strong advocate of the revival of Sunday keeping. “Without Sunday [worship], we cannot live!” Pope Benedict xvi declared during a mass on Sept. 9, 2007, stating that it was a “necessity” for all people.

The prospect of a European government so powerful that it could declare one specific day a day of rest is frightening. This would be an EU willing and able to enforce lifestyle changes on its subjects whether they liked it or not. It would be a Europe that enforced a state religion: Catholicism.

Historically, when the Catholic Church has started telling everyone to observe Sunday, it has soon after started enforcing that law with brutality. Take the Council of Laodicea, for example. In a.d. 363, the Catholic Church proclaimed that all those who did not keep Sunday, but rather rested on Saturday, were “anathema”—cursed, or excommunicated—from Christ. The Roman Empire then started torturing and martyring all who disobeyed. After Charlemagne gained power over Europe, he too began murdering those who kept Saturday. Throughout the Middle Ages, Saturday observers were tortured and murdered at the behest of the Catholic Church.

Every time Europe has been strong and united, it has enforced Sunday worship. Europe is becoming united, and its leaders are once again trying to enforce Sunday.

Making Sunday observance mandatory is just the first step down a bloody but well-worn road. Yet Pope Benedict has said that the revival of Sunday worship is fundamental to his mission.

To anyone familiar with the teachings of the late Herbert W. Armstrong, the fact that the EU is blatantly trying to enforce Sunday should be electrifying. Here is what he wrote: “The Roman Church caused people to receive the mark of pagan Rome—the Sunday observed by the pagan Roman Empire—and the penalty for disobedience was death! Fifty million or more were put to death—so says history. … Yes, the mark … once again will be enforced! No one will be able to hold a job or engage in business without it. Those refusing will once again be tortured and martyred—probably by the secret police of the political state—but at the behest of the church!” (Who or What Is the Prophetic Beast?).

Mr. Armstrong wrote those words over 56 years ago, before the European Economic Community even started. Now, European leaders are discussing amendments that would force Sunday observance on the whole of Europe, exactly the way Mr. Armstrong said they would. Bible prophecy reveals that, soon, no one will be allowed to work on Sunday, and those who wish to observe Saturday will be unable to buy or sell (Revelation 13:16-17). As in the past, when the Catholic Church has the power to enforce Sunday, life will be brutal for those who disagree.

To find out more about Europe’s future, request Mr. Armstrong’s booklet Who or What Is the Prophetic Beast?