Europe never could have united its East and West if someone hadn’t opened the Iron Curtain first. 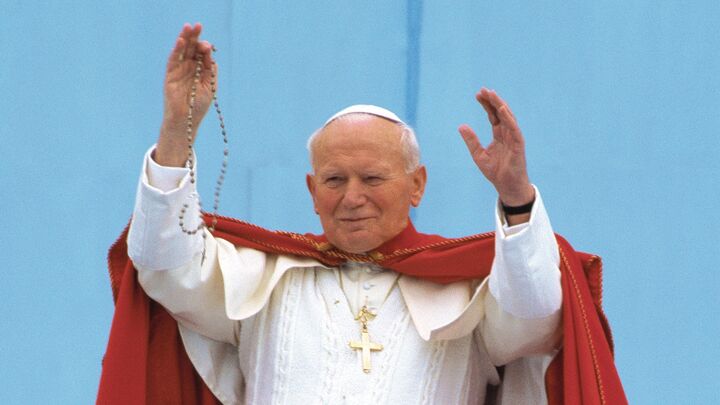 Europe never could have united its East and West if someone hadn’t opened the Iron Curtain first.

In early 1979, Eastern Europe seemed as darkened by the Soviet shadow as ever. Agriculture was collectivized. Private shopkeepers had been almost completely replaced by giant government-controlled conglomerates. All official educational programs were gutted to conform to Marxist-Leninist views. Works of literature were made to echo the voice of the Communists. Churches were demolished by armies of secret police, and religion was actively suppressed.

Warsaw was one of the most stifled cities in the Eastern bloc. Jan Prokop, a professor of literature who lived there at the time, described it as “this everyday grayness of life without hope, just survival.”

But that June, the grayness of the Polish capital began to give way to something else.

Windows in the sterile, Stalin-era shops and apartment buildings began springing to life with festive shrines: crucifixes, flowers, rosaries and depictions of Jesus and Mary. Poles wanted to welcome one of their own, whom the Communist government had reluctantly allowed permission to visit his home country: Pope John Paul ii.

Despite government efforts to minimize the crowds, some 10 million Poles—almost one third of the nation—turned out to see the 59-year-old pontiff. Most who were unable to attend one of his numerous outdoor masses followed his nine-day, six-city pilgrimage on television or radio.

The lively message of faith resonated deeply in the hearts of the Polish people. Emboldened, they pushed aside their fear of the government. Crowds repeatedly erupted into shouts of “We want God! We want God!” By chanting for God, the very antithesis of communism, they were calling for regime change.

Fourteen months after John Paul ii’s visit sparked the revolutionary fire, a workers’ strike gave birth to Poland’s Solidarity movement. It was a workers’ rights crusade, but they were fueled by the Catholic spirit.

The movement showed Communists that Poland’s Catholic heritage was glowing hot once again, and was on the cusp of resurfacing after years of suffocation. “The power of the papacy was never more visible,” said theologian Michael Novak, “and the Soviets learned this to their dismay: that [the pope] could turn their empire inside out.”

Back in Rome, John Paul ii remained firmly committed to the cause: He wrote severe letters to Soviet leaders; he allied with United States President Ronald Reagan; he prayed publicly and frequently for the success of Solidarity.

The efforts sent shock waves rippling throughout the Soviet Union, from Budapest to the Sea of Japan. These convulsions eventually toppled the Berlin Wall in 1989, led to the dissolution of the Soviet Union in 1991, and, astoundingly, routed Communist influence from Eastern Europe.

Many factors contributed to communism’s demise, but historians almost unanimously agree that the man who did the most to peel away the Iron Curtain was Pope John Paul ii.

“The nine days of John Paul ii in June 1979 were nine days on which the history of the 20th century turned in a dramatic way,” said historian George Weigel.

And the most astounding aspect of the pope’s accomplishment? That it was foretold long before it happened.

Some 3,000 years ago, the Prophet Daniel wrote that Europe in our modern era would have a clear western half and an eastern half that would fuse together (article, page 12). Theologian Herbert W. Armstrong relied on Daniel’s writings and other Bible passages to predict, with startling accuracy, that Pope John Paul ii would play a vital role in bringing this prophecy to pass.

In February 1972, when Eastern Europe seemed permanently welded to the Soviet sphere, Mr. Armstrong’s Plain Truth magazine forecast, “One of the biggest roles desired by the Vatican is that of mediator between East and West. The Vatican … will continue to do its part in courting the Eastern European countries.”

In January 1980, a short time after John Paul’s first visit to Poland, Mr. Armstrong wrote: “The character, personality and actions of the Polish pope, John Paul ii, indicate more than possibly that he may be the pope to offer his good services to unite the nations of Europe once again. European nations want, seriously, to be united. Of themselves they are unable. John Paul ii could make it possible.”

Throughout his 50-plus-year ministry, Mr. Armstrong made many other such statements. He died before seeing his forecast come to pass, but time has proven that he was right!