Written 2,500 years ago, the book of Daniel includes an extraordinarily fitting description of end-time Europe. 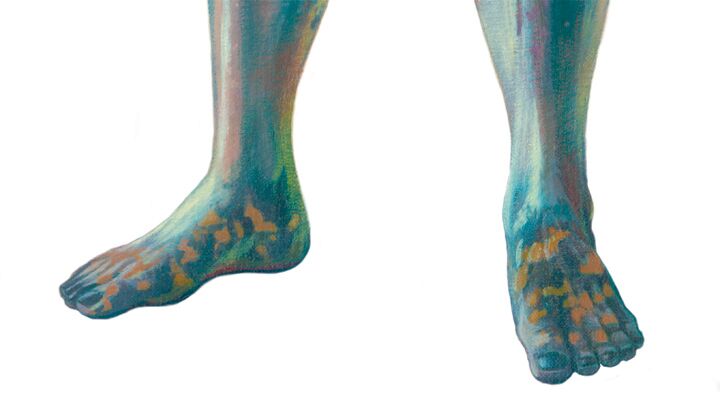 Written 2,500 years ago, the book of Daniel includes an extraordinarily fitting description of end-time Europe.

More than a few people have been disappointed by Europe’s feeble response to Russia’s belligerent actions in Ukraine. One such person is Karl-Theodor zu Guttenberg, Germany’s former defense minister and once the most popular politician in Germany.

In March, as Russia conquered Crimea and events in Ukraine spiraled from bad to worse, Guttenberg published at least three articles criticizing Europe’s response to Russia’s aggression and outlining his strategy for confronting Vladimir Putin. In a March 12 article in American Interest, Guttenberg wrote, “Whereas Russia has acted aggressively and pointedly, Europe now struggles to get its footing. This is tragic, as Europe has a historic responsibility to get this crisis right” (emphasis added throughout).

Despite the disarray and lack of coordination so obvious in Europe right now, Bible prophecy agrees with him and says that Europe is going to unite.

Many who look at Europe disagree with Guttenberg and with Bible prophecy. They see the many conflicting opinions, the bureaucracy, the chaos and disunity, and conclude that these differences are just too great. Can these seemingly divergent views on Europe be reconciled? Can Europe—laden with instability, with conflicting national and cultural views and motives—become the integrated, robust global superpower that Bible prophecy says it will be?

Daniel 2 contains the pillar prophecy explaining over 2,600 years of world history. In this chapter, the young Jewish prophet recounts a dream that the Chaldean King Nebuchadnezzar had in the late sixth century b.c. In his dream, Nebuchadnezzar saw a towering statue comprised of four distinct parts: a head of gold; breast and arms of silver; a belly of brass; and legs of iron. In verses 36-43, God reveals that these successive materials represent four successive world-ruling empires: The head of gold represented the Babylonian/Chaldean Empire; the chest of silver represented the Medo-Persian Empire; the belly of brass represented Alexander the Great’s Greek Empire of the fourth century; finally, the two legs of iron pictured the Roman Empire that began in 31 b.c., which had two capitals—one in Rome, the other in Constantinople.

The Daniel 2 image reveals the chronological succession of world powers, beginning with Nebuchadnezzar’s Babylonian Empire and concluding with the last resurrection of the Holy Roman Empire represented by the feet of the image.

Now notice in verses 41-43 the description of the feet of this image, which symbolize the final resurrection of the Holy Roman Empire: “And whereas thou sawest the feet and toes, part of potters’ clay, and part of iron, the kingdom shall be divided; but there shall be in it of the strength of the iron. … And as the toes of the feet were part of iron, and part of clay, so the kingdom shall be partly strong, and partlybroken. And whereas thou sawest iron mixed with miry clay … they shall not cleave one to another, even as iron is not mixed with clay.”

Written 2,500 years ago, this spectacular portrayal of the final manifestation of the Roman Empire actually recognizes the differences—politically, economically and culturally—between the nations that form this end-time European superpower. Can anyone disagree that modern Europe is indeed a continent of iron and clay? Some nations, like Germany, are strong and robust. Others are weak and fragile. The European Union is a mixture of iron and clay, making it “partly strong” and “partly broken.” This prophecy indicates that, as a result of these differences, Europe’s end-time unification will occur haltingly, gradually, in fits and spurts, with inconvenience and some pain.

Is there a better way to describe Europe today, and its response to the dramatic events unfolding in Ukraine?

It is based on this prophecy that the Trumpet forecasts the emergence of this short-lived and crumbly—yet overwhelmingly powerful, with the “strength of iron”—European superstate.

Notice what the late Herbert W. Armstrong wrote in 1956 about this final resurrection of the Roman Empire: “It will possess greater military might by far than the Rome of old, but it will also inherit fatal weaknesses. Prophecy symbolizes this admixture of never-equaled military might and unprecedented weakness with the apt phrase, ‘iron mixed with miry clay.’ The European nations will unite militarily—but they are suspicious and envious of each other—they hate one another.”

Mr. Armstrong was not ignorant of the fundamental differences between many of Europe’s countries, cultures and peoples. He understood and consistently took into account geopolitics and international relations, which is partly why he concluded that the European states that comprised the last resurrection of the Roman Empire would be “suspicious and envious of each other.” In this sense, Mr. Armstrong, decades ago, anticipated and warned of the current tumult besieging Europe.

Neither Mr. Armstrong nor Gerald Flurry and the Trumpet have ever taught that Europe would coalesce into a long-term and stable power. Rather, we have prophesied consistently that while Europe will unite, its ties will be weak and short-lived, like the bond between clay and iron. “[T]he last, final, brief resurrection of the ‘Holy Roman Empire’ by 10 European groups or nations” is forming, Mr. Armstrong wrote. “[A]nd they shall last but a very short space, possibly no more than 2 to 3½ years” (Plain Truth, May 1979).

This is truly inspiring when you think on it. This prophecy in Daniel was written 2,500 years ago, yet it describes present-day Europe perfectly. It reconciles the seemingly divergent viewpoints about Europe espoused today by the Trumpet and other analysts. When you understand this prophecy, all the disarray and disunity in Europe—made evident by events in Ukraine and the ongoing financial crises, among other things—does not undermine what the Trumpet prophesies about European unification: It actually reveals the profound accuracy of the Bible’s forecast.

It’s breathtaking, really. God didn’t just prophesy Europe’s end-time integration into a superpower: He said this European superpower, though possessing the strength of iron, would also be inherently fractious and unstable.

We need to keep this prophecy in mind as we watch Vladimir Putin, events in Ukraine, and events in Europe. Now, Europe appears to lack the unity and strength to present any sort of united front against Russia. While Europe’s leaders gather for endless meetings in which they bicker over financial-aid packages and the language of press releases, Putin dispatches military helicopters to drop Russian forces in Crimea. Expect this to change.

The Bible reveals that this radical change in Europe is going to occur under the leadership of a specific individual. This man, as prophecy in Daniel 8 explains, is responsible—under the sanction of the Vatican—for uniting Europe and leading it into end-time confrontations with major world powers, including Iran and radical Islam, and Vladimir Putin and his Eastern armies.

In verses 23-25 of Daniel 8, this man is identified as an end-time type of Antiochus Epiphanies, the cunning, calloused Greek dictator responsible for inflicting terrible destruction on the Jews and Jerusalem in the second century b.c. “And in the latter time of their kingdom, when the transgressors are come to the full, a king of fierce countenance, and understanding dark sentences, shall stand up. And his power shall be mighty, but not by his own power: and he shall destroy wonderfully, and shall prosper, and practise …. And through his policy also he shall cause craft to prosper in his hand; and he shall magnify himself in his heart, and by peace shall destroy many ….”

The Trumpet believes that Karl-Theodor zu Guttenberg could be the Daniel 8 man.

Time will tell, but this is a man we need to pay close attention to. Guttenberg is different from most of Europe’s leaders. Unlike so many others, he sees reality, accepts it, and isn’t afraid to talk about it openly and honestly. He has a clearer view of human nature and the nature of geopolitics. He’s not afraid to speak the truth, even when it is politically incorrect or a little offensive—even when he’s talking about Vladimir Putin. “When it comes to the honorable title of Bully of the Year, the Russian president surely triumphed in 2013,” he wrote in January.

Guttenberg also appears to be an opportunist. Notice what he wrote in Time in January: “As for Europe, it finally seems to recognize that it needs to be capable of taking care of its own neighborhood. The frozen conflicts in the post-Soviet space have been ignored for far too long. Why did it take a war in Georgia to realize that Tbilisi required more assistance from Europe? Russia’s behavior toward Ukraine might hand europe an opportunityto become more united and effective in its foreign policy.”

You don’t see words like that coming from many European politicians today!

We’ve said it in the past and we’ll say it again: Watch Baron Karl-Theodor zu Guttenberg. Bible prophecy says that Europe will soon get its Vladimir Putin, and that under his leadership—despite Europe’s many political and cultural rifts and disagreements—a German-led European superpower will emerge.