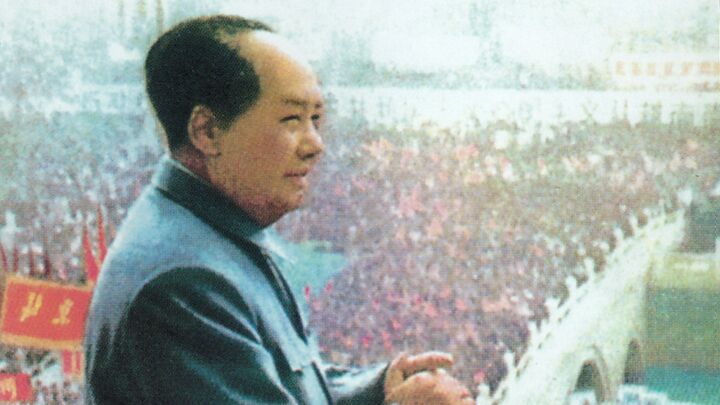 He shared how the government of God would replace governments of man.

“One world leader I now shall never meet was Mao Tse Tung, ruler of the largest nation in the world’s history,” wrote Herbert W. Armstrong to readers of the March 1977 edition of the Plain Truth.

Three years earlier, the Chinese chief of protocol had invited Mr. Armstrong, the internationally recognized ambassador for world peace, to visit Beijing. The overture was extended in Addis Ababa via Ethiopian Ambassador Mikasha, who was planned to accompany Mr. Armstrong on the trip.

Mao ruled over 30 years from 1945 till his death in September 1976. “He was known as one of the world’s great thinkers and philosophers,” Mr. Armstrong continued. “Of course, his thinking flowed primarily in the channel of communism. I should have liked to have invited him to think and compare his philosophy with a scenario of another form of governmental and economic system as yet nonexistent in any nation. It would certainly have given him something to think about!”

Mr. Armstrong then went on to extensively detail the message he would have liked to have given Chairman Mao in that hypothetical meeting. One key aspect of its message was its conclusion when Chairman Mao hypothetically asked, “But what is the government of God? How is it different from present man devised governments?”

It is altogether different, a perfect government:1) It will be government from the top down, from God the Father above all in wisdom, knowledge, love and total power. Next under Him will be Christ, then under Christ the one of His choosing, probably the resurrected Abraham, and so on down.2) Such a system is impossible in human governments where everyone is motivated by the “get” attitude and everyone uses fallible human reason, deciding for himself which way is right and which is wrong. For example, in our United States, President Abraham Lincoln in all honesty felt absolutely sure in his own mind that he was right, and Jefferson Davis was equally as certain that he was right. They were equally sincere and honorable. But the result? Six-hundred thousand dead, and havoc to a great nation. Man is incompetent to rule with perfect, infallible wisdom.Final peace is possible because there does exist the eternal, all-wise, all-loving, almighty God to head the government that will bring all together in harmony and cooperation and outflowing concern for one another, in world peace, and in universal achievement beyond the ability or hopes of human minds, now, fully to comprehend. Only God is fit to rule, who is all-wise and rules according to the good of the governed. Thank God who does exist, we have that sure hope!

Chairman Mao: Mr. Armstrong, I think that I, myself, do refute your whole scenario contention. I myself rule 800,000,000 people, the largest nation that ever existed on Earth. I have only love for my people. I have only outgoing concern for their welfare. We have our politics here in China, of course. There was some political controversy and power politics in the struggle for power after the death of Chou En-lai. But I managed that matter peacefully. China lives at peace under my own rule. Does this not refute your whole contention?Myself: Mr. Chairman, on the contrary, it emphatically is a living example proving the validity of my scenario. You admit there was a power struggle after Chou En-lai’s death. Under you, in China, beat hundreds of millions of human hearts, all bent on self-advantage. Those near the top, under you, struggle in competition for self-power. There is ambition, vanity, lust and greed. There is competition and strife, much of it undercover. There is jealousy and envy, resentment of authority over them. There is the “get” attitude.”If I were a prophet, I would predict that your days, sir, are numbered. You are not imbued with immortality. You shall die. And after you will ensue the greatest power struggle perhaps in all history, in the world’s largest nation, for self-power to rule in your place. True history records here and there an honest and conscientious ruler. But they were human. They died. My scenario stands vindicated by all human experience, and by the facts of history, Mr. Chairman.Chairman Mao: My congratulations Mr. Armstrong, on your cleverness in thinking out such a scenario covering such a vast era of time. I will grant you this much: It would be wonderful, if only it were true! It has been interesting, and should be to every thinking mind. But those of us educated in the certainty that there is no God, unfortunately cannot accept your idea—even though I will freely admit it makes sense from every angle. If only it were true! But leaders and educators are too steeped in the evolutionary theory to ever believe anything else. And unfortunately, the rest of humanity is interested only in the comforts and pleasures of the moment. So I’m afraid you will never convince the world of what you appear to believe, and have put in this scenario form.Myself: I thank you, Mr. Chairman, for listening. In the very fact that you did listen, I have succeeded in my commission. I am not the one to bring about world peace, but the representative and forerunner preparing the way for the One who most certainly will bring us world peace, even though it is foretold that the world will oppose him until it is subdued and forced against its will by the supernatural Power it denies to live in peace, cooperation, happiness, health and abundant well-being, with eternal life available to all whose hearts shall be made willing. Thank you for your hospitality and generous courtesy. Good-bye, Chairman Mao.

Two years after writing that article, in 1979, in the Great Hall on People’s Square, Herbert W. Armstrong was met by Tan Zhen-lin, vice chairman of the National People’s Congress and, at the time, one of the three top men in China. During this meeting he explained prophetic events yet to unfold in Europe, the Middle East and Asia.

In 1984, China’s top man, Deng Xiaoping, greeted and honored Mr. Armstrong’s endeavors to preach the good news of pending peace to the world. The two partnered in a humanitarian project.

The impact of these meetings cannot be underestimated nor ignored. To understand where today’s events in China are leading, and how the government Mr. Armstrong detailed will be established, read our free publication Russia and China in Prophecy.