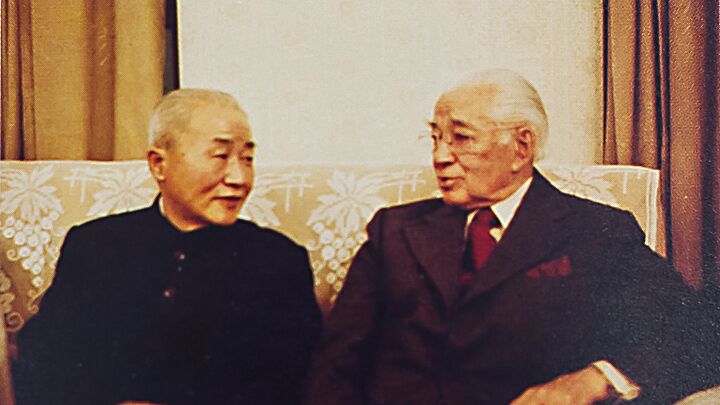 At 4 p.m. on Dec. 5, 1979, in the Great Hall on People’s Square, Herbert W. Armstrong was met by Tan Zhen-lin, the vice chairman of the National People’s Congress and, at the time, one of the three top men in China. At the same time, Chairman Hua Guofeng and Vice Chairman Deng Xiaoping were at the Beijing airport greeting Japanese Prime Minister Masayoshi Ohira.

After enthusiastic handshakes, the delegation was seated in a large adjoining room. Mr. Armstrong’s host had been a close friend of Chairman Mao Tse-tung (Mao Zedong) and Premier Chou En-lai (Zhou Enlai) before and during the revolutionary conflict that ousted the administration of Chiang Kai-shek.

The two men were seated opposite each other with a translator between them. This astounding meeting began with the vice chairman dominating the first half hour with geopolitical analysis of Eurasia, Europe and the Mideast, promoting his view of a powerful Europe to counter a burgeoning Russia. “I did not want to interrupt him,” Mr. Armstrong wrote to February 1980 Plain Truth readers, “but I had something I wanted to say to him on that point. However, I held it until he finished.” His host then apologized for taking up so much time and deferred to his guest.

“Mr. Vice Chairman, there is something I want to say to you about Western European defense against the Soviet Union. I do not expect you to believe what I’m going to say, but I’ll tell you, and you can believe it after it happens. There will be, within the next few years, a union of 10 nations or groups of nations, in Western Europe, and it might include two or three Russian satellite countries, in a union of church and state, brought about largely by the Roman Catholic Church. Now I’m not in any way in favor of it, but it will form a short-lived giant world power with military strength equal or superior to either the United States or Russia. They will have a common currency, a common government and a common military power. It will emerge out of the present Common Market. It is going to shock the whole world. He grinned, shaking his head in unbelief.

“I speak with heads of governments all over the world. All are faced with problems, troubles and evils greater than any man or group of men can handle, although many or most heads of state are unusually competent men. They are doing the best they can, and I’m trying to assist any way I can as an ambassador for world peace. But it will finally require what an American editor called the intervention of an unseen ‘strong hand from someplace’ to bring about this world-ruling Kingdom. He knew well what I meant. With this intensive smile still on his face, he shook his head.

“I don’t expect you to believe it until it happens,” I concluded. “Meanwhile we will continue to help toward world peace, working with you, in any way we can” (ibid).

After an hour, Mr. Armstrong and his delegation departed. As with their entrance, the vice chairman walked with them smiling, vigorously shaking hands in farewell, encouraging his guest to return.

Both the clear light of history and prophecy have resoundingly endorsed the message delivered that day to the vice chairman. Ten years and two days later, the Berlin Wall fell, and East Germany united with West. In the meantime, the European Union grew in size, scope and power. As Mr. Armstrong warned Mr. Tan, it had become a union enfolding former soviet satellites into its grasp, boasting a common currency, government and military linked to a Berlin-Rome axis. Three decades on, Europe is a global powerhouse.

He was right! Herbert Armstrong was right! Most notably, the more sure word of God’s prophecy was right (2 Peter 1:19). Monarchs, world leaders, ambassadors and the United Nations have been witness to the delivery of the good news of Matthew 24:14.

The impact of this meeting cannot be underestimated nor ignored. History has proven its divine source right! The rise of Germany as the master of the revived medieval Holy Roman Empire and all Europe, has put China and Russia ill at ease. To understand where today’s events are leading, request our free publication He Was Right, which provides a crystal clear review of five decades of accurate forecasting. It’s a publication you can’t afford to ignore.