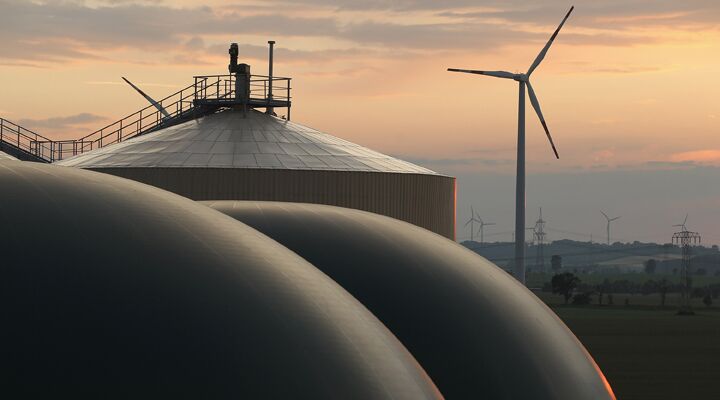 Recently Germany’s government approved €150 million of new investment capital to maintain its Energy Transition policy, or Energiewende. The program is managed by the Ministries of Economics, Environment, Education and Research.

This phase of stimulus is dubbed “sustainable power grids” and comes as part of the government’s sixth stage of energy research. Once created, these power grids will act as smart distribution centers managing supply and demand. The research has established an “Internet of Energy,” which forecasts a 10 percent reduction in domestic utility costs and a 20 percent reduction for commercial businesses.

With memories of Chernobyl and Fukashima nuclear power plant catastrophes fresh in mind, the Energiewende goal is to draw down nuclear, along with gas, and transition to more sustainable, renewable energy.

“The policy has progressed well, and the increase of fluctuating renewable capacities is now causing the need for storage and smart grid expansion,” said Tobias Rothacher, senior manager of Renewable Energies at Germany Trade and Invest.

The Fraunhofer Institute says production of solar-powered batteries and panels will save an average home power bill 60 percent. This will also enable future use of other stored power sources and/or distribution into the revamped smart power grid.

“Such batteries not only make customers more independent from the energy price fluctuations, but the technological advances bring Germany closer to immunity from the energy and fuel merry-go-round,” continued Rothacher.

So ambitious is Germany’s Energiewende objective that its goal is to be 60 percent reliant on sustainable renewable smart energies within the next four decades. These advancements are significant, with wind, hydro, bio and photovoltaic sources providing 23 percent of its national electricity usage last year, with various sectors already self-sustaining.

In addition, government officials have attended a bevy of industry trade shows and conventions within and without Europe, offering low-interest incentives in an effort to attract investment in the energy storage program.

“Germany exported more energy in 2012 than at any time over the previous five years,” claims Germany Trade and Invest. “That’s eyebrow-raising enough, but the real head-turner was that Europe’s powerhouse had managed to do this despite the ongoing shutdown of all its nuclear energy-producing facilities. This was because of the ever increasing share contributed by Germany’s renewable energy industry, which in 2012 accounted for 23 percent of Germany’s power usage and produced 9.3 percent more energy than in 2011.”

The result of these advancements in an environment where the European Union’s leading nation is managing energy creation, storage and supply will position it at the forefront of power storage, distribution and management overseen by the smart grids.

In January of this year we drew readers’ attention to Germany’s construction of the largest battery factory on the Continent, and its dominance of renewable energy. Germany sees itself as lead actor of what it claims to be the energy revolution. Even the chancellor, speaking at an energy summit, assured enhanced cooperation regarding renewable initiatives in an effort to maintain the country’s elite status for ongoing advancements in renewable energies.

The Holy Bible, prophesies of these very events, identifying Europe’s economic powerhouse as most venerated by the “merchants of the earth” (Nahum 3:16; Revelation 18:3, 11, 15, 23).

The Trumpet’s editor in chief has drawn particular attention to the domineering of Europe by Germany, from domestic to foreign policy, finance, trade, religion and military expansionism. On the surface, the ever increasing overt actions of German elites may appear to be just another business plan. However, to the non-ignorant of recent geopolitical past, such aggressiveness, exploitation, regional expansionism and blatant Euromart domineering reveal the scale and impact of an aggressive continental and globally unchallenged economic policy whose designed scope will have disturbing, far-reaching, historic implications.

For more understanding on where the developments of Saxony’s world-leading technology is leading, request your free copy of Germany and the Holy Roman Empire. This publication has been assembled by the Trumpet’s editorial staff and features acute historical and prophetic analysis by editor in chief Gerald Flurry recounting the final rise of a church-state combine that will impact global economics, religion and security (Daniel 8; Revelation 13, 17, 18, 19). It’s a warning you simply can’t afford to ignore.