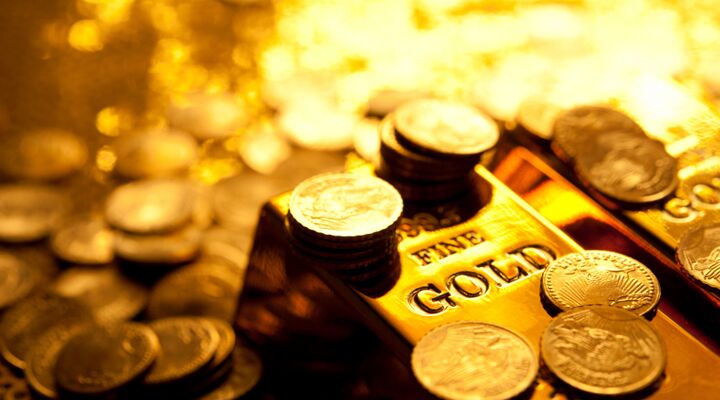 Cyprus is being made to sell its gold, most likely to the ECB. Will other eurozone countries be compelled to do the same?

Just when it appeared the news cycle had moved on from Cyprus, the island nation came splashing back yesterday with news from the European Commission: Nicosia will be made to sell around three quarters, or €400 million (us$523.7 million), of its excess gold reserves. (“Excess”? Who has too much gold?)

What’s the big deal? ask some. When a person or nation is in a financial pinch, assets have to be liquidated.

True. But with Cyprus it’s not that simple. From the outset of this crisis, Cyprus has not been in control of its own destiny. Sure, Cypriot President Nicos Anastasiades was in on most, though apparently not all, of the discussions. Cyprus’s parliament voted on this and that, and ultimately “agreed” to the bailout agreement. But it was all smoke and mirrors. In the end, Cyprus was compelled to agree to a ruinous bailout package created and prescribed by Germany in consort with the European Commission (EC), the European Central Bank (ecb) and the International Monetary Fund (imf). Now we learn from the troika that as part of the bailout agreement, Cyprus will have to sell the majority of its gold.

The important point to note is that this decision was effectively made by Germany and its ecb/EC/imf allies, and not Cyprus.

When a nation no longer has control over its national assets, can it still be considered a sovereign state? Also, consider the tremendous power at Berlin’s disposal if it possesses the leverage to compel another nation to sell a core national asset. Moreover, we learned yesterday that Germany not only has the power to crush a nation’s sovereignty, it also has the motive!

More people need to be alarmed by this. Europe’s financial crisis began in 2008, and since then a number of eurozone states have had to go to Germany and the EU for money. Berlin has generally responded by demanding some fairly stringent austerity measures in return for bailout money. Yet, although it has demanded austerity, Berlin has not asked or compelled a single eurozone country in need of a bailout (like Greece, Ireland, Portugal) to sell part or all of its gold reserves.

We should note that Wednesday evening the Central Bank of Cyprus (cbc) denied the report that Cyprus will sell some of its gold. The announcement of the gold sale, however, came from the European Commission, which, together with the imf and the ecb, and under Germany’s direction, is actually responsible for drawing up Cyprus’s bailout. Also, the media and analysts paid little attention to the cbc’s denial and continue to report that this is happening. I wonder if the Central Bank of Cyprus simply hasn’t been told that it’s selling its gold?

To raise the desired €400 million, Cyprus will have to sell around 10.36 tons of gold (at the current price). The nation owns about 13.9 tons of gold, according to the World Gold Council. So it will have to depart with about 74.5 percent, nearly three quarters, of its total reserve. Again, Cyprus didn’t decide to sell, it was told by the German-led troika that it must sell if it wants bailout money.

Who will it sell the gold to? It’s almost certain the buyers will be the European Central Bank and the International Monetary Fund. After all, they’re the ones, with Germany’s sanction, bailing out Cyprus. The imf and the ecb possess about 2,814 tons and 502 tons of gold respectively. Germany has 3,391 tons, and is the world’s second-largest holder of gold. Together, this amounts to 6,707 tons of gold. That equals about 82 percent of America’s total gold supply.

Note: That figure does not include the gold reserves of other European countries. And if Cyprus is a precedent, then some of this gold could also start to make its way to Brussels and Frankfurt. “I think this could be a turning point,” said Jonathan Spall, director of precious metals at Barclays Capital. “Central bank stocks of gold which had looked to be ring-fenced in the bailout process could now seemingly come into play.”

What if Germany and the ecb make a play for gold owned by other ailing European economies?

Italy is the fourth-largest holder of gold—its central bank holds 2,451 tons. France has the fifth-largest stockpile in the world with 2,435 tons. The Netherlands has 612 tons. Portugal has about 383 tons. Spain’s holdings stand at 281.6 tons. Austria has 280 tons. Belgium 227 tons. Greece has about 112 tons. All totaled, the stockpile of gold if collected from only the European nations mentioned above, including the ecb—but not including the imf (as that gold technically belongs to all imf members)—would come to roughly 10,674 tons.

Nearly all these eurozone nations are experiencing extreme financial difficulty and will inevitably require further assistance. Meanwhile, Germany and many others in Europe recognize the need for greater fiscal consolidation and centralization. Is it inconceivable that Germany, as part of an effort to augment a central European fiscal authority and restore confidence in the euro, might compel the likes of Spain, France, Italy, Portugal or Greece, just as it has done with Cyprus, to sell some or all of their gold to the ecb? True, it wouldn’t be a simple or clean task (we’re talking about abdicating national sovereignty). But extreme crises like Europe is enduring demand extreme measures—just as we’re seeing in Cyprus.

When we step back and look at it, there are hints that Germany and the ecb might be pursuing some sort of larger strategy that includes consolidating gold.

In January, Germany suddenly announced that it was repatriating its gold from France and the United States.

In February, it was discovered that buried within Greece’s bailout package is a stipulation that allows the EU to seizeGreece’s gold reserves.

Prominent German politicians in recent years have openly discussed the need for Italy and Spain to sell gold to pay off debt.

Now Cyprus is being compelled to sell most of its gold to the ecb and imf.

Is this mere coincidence, or is there something else going on here? Is it possible that Cyprus is merely the first of multiple European nations that will be made to send gold to a central European authority, one led by Germany? We will know in time. What we already know, however, is that Berlin’s power and influence in Europe, especially on issues of finance, is unparallelled and unchecked. We’re seeing Germany get tougher and tougher with the rest of Europe, especially with southern European countries. Financially, the Continent has been subjugated and, as Charles Moore recently wrote, lies prostrate before the German imperium. The same is happening politically with each passing month.

Consider all this in the context of Germany’s undeniable history of political and financial imperialism, and you get an eery sense that dark forces are at work in Europe. You need to stay tuned to the Trumpet. If you haven’t read it already, read “Germany’s Gold Hoard.”

We don’t have all the details, but it’s clear something is afoot—and Germany’s play for Cyprus’s gold might just be the beginning.