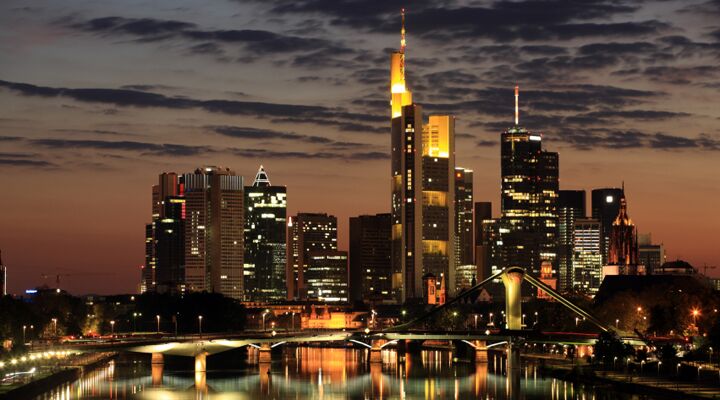 Wirtschaftswunder in the German language means “economic miracle.” What the world has witnessed since the close of the Second World War in the rising of a country from the ashes of devastation, veritable sick man of Europe, to today’s undisputed master of the Continent’s fiscal fortunes and destiny, is nothing short of an economic miracle.

Over the past six decades, which saw its historic reunification, the country’s social market economy has competitively expanded into broader markets. In 2012, the Konrad Adenauer Stiftung produced an economic report focused on what it termed Germany’s “unexpected success story.” It noted the weathering of the 2008-2009 global financial crisis as a key barometer to its ongoing upswing in fiscal fortunes.

The report reflected upon the social-market-economy approach being in harmony with a trio of essential principles. One, “maintaining a large share of exports and imports”; two, “unwavering commitment to price stability,” and three, “European vocation of the governing class at least.”

The report went on to highlight that, “Recently, these features of the (west) German prosperous economy were named a ‘self reinforcing iron triangle,’ because the key principles were derived from the traumatic failures of earlier German polities, notably the Great Inflation of 1923 and murderous and ultimately self-destructive Nazi regime.”

The short-term unsuccessful implementation of the euro currency has disproportionally benefited the nation in the present and will continue to do so in the long term.

Moreover, both the opportunities of globalization (new markets and lower cost abroad) as well as improved transportation and information and communication opportunities first of all challenged and after a period of adjustment benefited the many world-open German companies by allowing them to take advantage of diversifying and cheapening their supply chains as well as opening up new export and production markets in Eastern Europe and Asia.

This has translated into an explosive export market, which has boosted gdp and fueled strong employment opportunities. In August 2012 the EU Blue Card was introduced to speed visa applications of the wealthy and their highly skilled employees. Money- and employment-creation laws were softened for investors looking to establish companies in Germany.

Hailed as Europe’s version of the U.S. Green Card, “The EU Blue Card scheme is designed to make Europe a more attractive destination for highly educated persons from outside the European Union. All 27 EU member states, except the United Kingdom, Denmark and Ireland, participate in the EU Blue Card scheme,” the card’s website claims.

Not surprisingly, the Federal Statistical Office recently revealed that exports continued to gain in January, posting a 1.4 percent jump to €91.9 billion (us$120.3 billion) from December 2012. Furthermore, Europe’s most powerful country boasted a €15.7 billion (us$20.5 billion) trade surplus for January and a 3.1 percent jump in exports over the same time period in 2012.

What’s more, it has rapidly risen to the summit as the largest exporter of military armaments in Europe and third in the world behind the United States and Russia. The Arms Export Report 2011, released by the German government in November 2012, revealed Berlin’s global geographic reach, international partnerships and foreign policy relating to its burgeoning armaments industry.

The report revealed a total of €5.4 billion (us$6.9 billion) in export authorizations approved by Germany’s Federal Security Council, up from €4.8 billion in 2010. “German arms exports have nearly doubled since the end of the 1990s,” reported German-Foreign-Policy.com (Nov. 16, 2012).

In January this year the European Union conducted its seventh community innovation survey, focusing on product, process, organization and marketing. The results reveal where the highest proportion of innovative enterprise is. The answer was documented by Eurostat, which reported, “Among the EU27 member states, the highest proportions of enterprises with innovation activity were recorded in Germany (79 percent of enterprises) ….”

Germany’s Wirtschaftswunder from World War ii to today is indisputable, increasing and has placed it as the heart of the Continent as the prime investment market.

However, this rise is economically, militarily and religiously foreboding in a world that has long forgotten the lessons of history. “Western leaders from both sides of the Atlantic assured our peoples that a demoralized Germany would never rise up to strike again,” wrote our editor in chief in Germany and the Holy Roman Empire.

He cited a signed 1945 document chartered by Franklin Roosevelt and Winston Churchill regarding American-British policy on Germany, which stated, “It is our inflexible purpose to destroy German militarism and Nazism and to ensure that Germany will never again be able to disturb the peace of the world. We are determined to disarm and disband all German armed forces, break up for all time the German General Staff that has repeatedly contrived the resurgence of German militarism; remove or destroy all German military equipment; eliminate or control all German industry that could be used for military production. … It is not our purpose to destroy the people of Germany, but only when Nazism and militarism have been extirpated will there be hope for a decent life for Germans and a place for them in the community of nations.”

According to the more sure word and light of prophecy, this economic star has not been an “unexpected success story” but rather a “prophesied success story” (Isaiah 10:5-7). The United States and Britain have failed to contain and curtail six decades of explosive growth. Now Germany stands atop Europe’s economic edifice as its champion, master and kingmaker (Revelation 17:12). We have been witness to an unprecedented economic miracle, but at what price? For the shocking answer and inspiring outcome, request your free copy of Germany and the Holy Roman Empire.