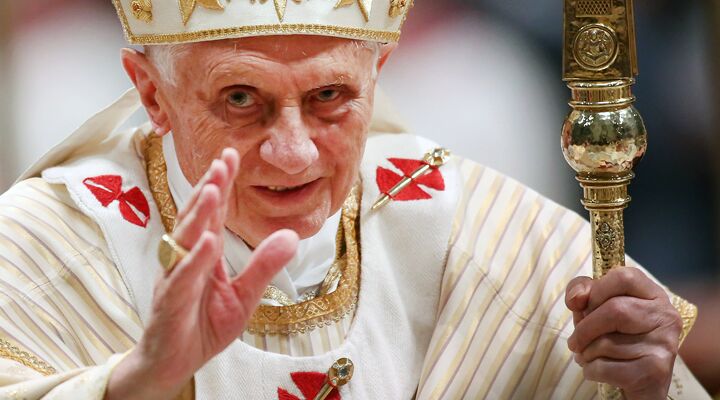 Total victory for the pope as the English Catholic Church finally submits to the Vatican.

It’s hard to think of a more complete victory in the Vatican’s long-running battle with the English Catholic Church. To fully understand the magnitude of this victory, please bear with me while we go over some history first.

Catholic officials in Rome have long been frustrated by England’s liberal Catholic bishops.

One of the biggest reasons for this is the liberals’ refusal to follow Rome’s strict line on homosexuality. Archbishop of Westminster Vincent Nichols, the senior Catholic leader in England, has consistently given the impression that the Catholic Church supported homosexuals forming marriage-like unions in the form of civil partnerships. In approving homosexual partnerships, Nichols has been accused of defying Vatican guidelines.

But perhaps more brazenly, Nichols has consistently supported the Soho Masses. These masses deliberately cater to homosexual Catholics—again prompting accusations that Nichols and the English bishops are defying the Vatican. The Catholic Herald’s Dr. William Oddie called the issue “the most potentially inflammatory source of division between Rome and Westminster.”

Last year, Gerhard Ludwig Müller was appointed prefect of the Congregation for the Doctrine of the Faith. Formerly known as prefect of the Supreme Sacred Congregation of the Roman and Universal Inquisition, this role is the Vatican’s enforcer. And one of Müller’s top goals was, reportedly, to end the Soho Masses.

The other big bone of contention between the Vatican and the English bishops has been the bishops’ unenthusiastic welcome for Anglicans defecting to Rome.

Pope Benedict xvi personally orchestrated the creation of a personal ordinariate, to allow defecting Anglicans to retain their traditions. He even donated a quarter of a million dollars toward its upkeep.

But the English bishops have refused to support it. They’ve given the ordinariate no buildings to hold its own church services in. The last thing the English Catholics want is for the Church of England’s most conservative members and priests to cross over into the Catholic Church. That’s not to say that England’s Catholics are liberal. But the bishops are, and they don’t want Anglican conservatives.

Many Catholic commentators believe that Nichols’s defiance over these issues is the reason he is still Archbishop Nichols, not Cardinal Nichols—a promotion he traditionally would have received by now.

With all that in mind, now appreciate the magnitude of the English church’s January 2 announcement.

The Soho Masses will be shut down, and the building they were held in will be given to the Anglican Ordinariate.

The Vatican suddenly got its way on the two issues that have frustrated it for years. The Soho Masses are gone, and, for the first time, Anglicans returning to Rome will be able to worship in their own church building, all with one stroke. It’s hard to think of a better sign that the Vatican is now getting its way in England.

If the change translates into a more welcoming attitude toward the ex-Anglican Catholics, many more may cross over into the Catholic Church.

Just a few days earlier, in his Christmas Eve message, Nichols strongly condemned the government’s plan to introduce same-sex “marriage”—bringing himself back in line with the Vatican.

With unity imposed on the church, it will be ready for its new public role. The Trumpet has long forecast that the Catholic Church will rise in power. Now that the dissenters have been defeated, it’s ready for this rise.

For more information on the role the Catholic Church will soon play in world events, read our article “Europe: The Next Chapter.”