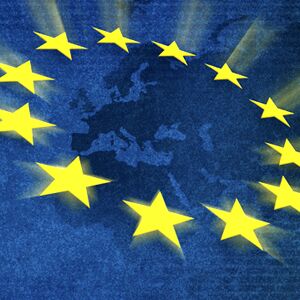 Insight into the next stage of Europe’s emergence as a German-led superstate.

The financial crisis in Europe has driven every nation on the Continent to its knees before Germany, and Berlin has exploited the crisis to tangibly and forcefully reshape the European Union.

It’s also a scenario that was described by Herbert Armstrong—more than 50 years ago. “Germany is the economic and military heart of Europe,” he wrote in 1953. “Without Germany such a federation of nations is impossible. Yet the other nations of Europe will not trust Germany or a German leader. Still, in spite of this, it is probable that none but a German can provide the dynamic, inspired leadership required to organize such a political military federation” (Good News, May 1953). For decades, Mr. Armstrong warned tirelessly that Germany would be revived and that it would successfully create a European superstate!

As we enter 2011, a year in which Germany will continue to exploit the financial crisis to further its own ambitions, it is important to consider: What is the next chapter in the emergence of this German-designed United States of Europe?

Once again, we turn to the Bible-based, profoundly accurate forecasting of Herbert Armstrong for the answer.

In August 1978, Mr. Armstrong wrote: “Europeans want their own united military power! … They have made a real effort toward union in the Common Market. … But they well know there is but one possibility of union in Europe—and that is through the Vatican” (Good News, emphasis his).

Two years later, he warned that “world conditions may force European nations … to unite, bringing to pass the revived ‘Holy Roman Empire’ …. [European nations] have wanted to unite politically, with a common currency and common military force, for some time—but have been unable. It can be accomplished only through the Vatican” (Worldwide News, June 1980).

In 1979, Mr. Armstrong described a scenario that is remarkably relevant in 2010. “The nations of Europe have been striving to become reunited. They desire a common currency, a single combined military force, a single united government. They have made a start in the Common Market. They are now working toward a common currency. Yet, on a purely political basis, they have been totally UNABLE to unite” (Plain Truth, January 1979). In spite of these conflicting political interests, Mr. Armstrong explained, European countries will find a way to unite. How?

“In only one way can this resurrected Holy Roman Empire be brought to fruition—by the ‘good offices’ of the Vatican, uniting church and state once again, with the Vatican astride and ruling.”

This is the next chapter in Europe’s emergence as a German-led superstate: The axis between the Vatican and Europe, particularly Germany, will become much stronger and extremely powerful!

Soon—perhaps this coming year—expect the Vatican to take center stage in Europe, and for a church-state relationship to materialize!

Of course, many smart geopolitical analysts will think this forecast preposterous. In our post-Reformation, “intellectually enlightened” world, the Vatican is rarely considered a force in geopolitics. Catholicism is widely thought of as little more than an innocuous religion, the Vatican an archaic institution fighting to secure its place in a world in which secularism and Islam have it on the ropes. To too many people, the Vatican is considered a spent force, a relic of the Middle Ages—an institution with minimal influence on world affairs.

In the months and years ahead, this perception will change dramatically!

In fact, the Vatican is already making a resurgence as a force in international relations. On December 10, the Guardianreported on cables from U.S. officials, disclosed by WikiLeaks, that reveal the Vatican working behind the scenes to shape events in Europe. In one cable, Cardinal Ratzinger, now Pope Benedict xvi, is reported to have been secretly encouraging European leaders to oppose Turkey’s entrance into the European Union. Other documents reveal Catholic officials working to influence global debates on issues such as global warming and human cloning.

Apparently, the Guardian found the cables somewhat eye-opening. “Roman Catholicism is the only religion in the world with the status of a sovereign state, allowing the pope’s most senior clerics to sit at the top table with world leaders,” it reported. “The [WikiLeaks] cables reveal the Vatican routinely wielding influence through diplomatic channels while sometimes denying that it is doing so” (emphasis mine).

If you’ve read a smidgen of European history, this revelation isn’t the least bit surprising!

The Catholic Church has been the most significant and defining force in Europe for more than 1,500 years. From the time that Emperor Constantine institutionalized Catholicism as the state religion of the Roman Empire at the Council of Nicea in a.d. 325, Catholic officials and the Vatican have maintained ties with virtually all the major monarchies and governments in Europe.

The Vatican was behind Emperor Justinian in the sixth century when he purged Germanic tribes from Rome, reuniting the western Roman Empire with the east. In the eighth century, the pope provided moral and spiritual cover to Charlemagne as his armies swept across Europe, converting via the sword an entire continent to Catholicism. Similar church-state relationships existed under Otto the Great and the Holy Roman Empire, the Habsburgs in the 16th century, Napoleon in the early 19th, and Nazi Germany in the 20th.

Fifteen hundred years of European history testify to this reality: When seismic events occur in Europe, the Vatican always plays a central role!

Many now recognize that Europe is currently experiencing a political, economic and military shift of tremendous proportions. In the time ahead, as Germany continues to reshape the Continent, Europe will enter the next chapter of its emergence as a global superstate. Expect the Vatican to reclaim its historic and prophetic role as the most powerful force in Europe—this time sitting astride the now-imminent United States of Europe!