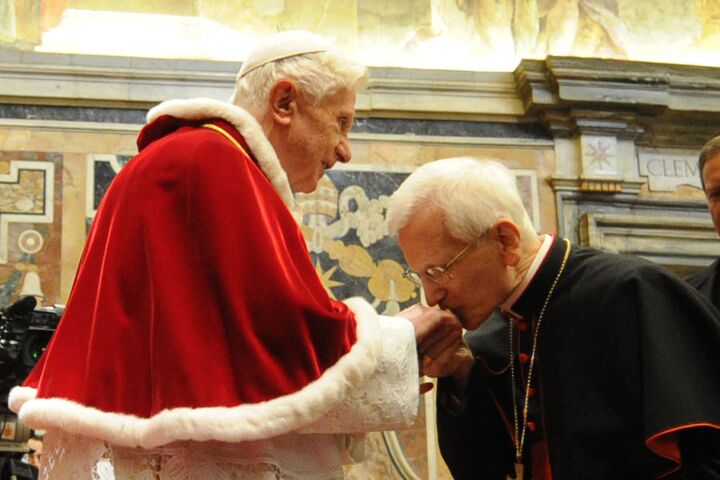 Pope Benedict’s appointments confirm the Vatican’s focus on Europe, while not neglecting opportunities in America.

Pope Benedict xvi showed his focus on Europe as he announced 22 new cardinals on January 7. Many of the appointments went to Vatican personnel—who tend to be more conservative and in closer contact with the pope. After the new nominations, 35 percent of cardinals under the age of 80 (cardinal electors—those eligible to elect another pope) will be Vatican officials.

Benedict’s appointments especially focused on Europe. Sixty-seven out of the 125 cardinal electors will now be European. Latin America, the next most represented continent, has only 22.

“The pope is a conservative on matters of faith and sexual morals such as birth control, homosexuality and the ban on women priests,” wrote Philip Pullella for Reuters. “Each time he names cardinals he puts his stamp on Roman Catholicism’s future by choosing men who share his views.”

“Since Cardinal Joseph Ratzinger was elected pope in April 2005, his three batches of new cardinals have favored Europeans and those who work with him in Rome over bishops from other countries,” writes David Gibson for the Religion News Service.

One “major factor” in this is “that Benedict is at heart an Old World, old-fashioned Bavarian Catholic, and both he and the cardinals who elected him believe that Europe remains the birthplace of Catholic culture,” writes Gibson.

But the appointments could also indicate an interest in America. As John Allen of the National Catholic Reporter points out, New York Archbishop Timothy Dolan seems to be especially favored by the pope. “It’s hard to find anyone in the Catholic world these days whose rise up the career ladder has been more meteoric than Archbishop Timothy Dolan,” he writes. After a series of promotions, he is now “the elected president of the U.S. bishops’ conference, and more and more, he’s the Vatican’s go-to guy in America.”

“Heretofore, Benedict has been a stickler for the custom that a new cardinal is not named until the previous cardinal of that diocese turns 80 (unless, of course, the retired cardinal dies in the meantime),” writes Allen. But this time, the pope was willing to bend the customs—Dolan’s predecessor does not turn 80 until April.

Dolan has been an outspoken critic of American President Barack Obama. His promotion could indicate a renewed Vatican focus on the U.S.

A year after a similar initiative in Britain, at the start of this year the Catholic Church took a major step forward to garner back parishioners from the church’s Protestant daughters in the U.S. The pope announced Jeffrey Steenson would lead a new ordinariate—or Catholic subgroup—for Episcopalians in America that want to join with the Catholic Church.

Over 100 Episcopal priests have asked to move into the ordinariate.

Personal Ordinariate of the Chair of St. Peter, as the group will be called, will allow Episcopalians to keep many of their traditions and yet be part of the Catholic Church. Last January an ordinariate was established for a similar purpose in Britain.

The new cardinal appointments and ordinariate point to a church that is about to focus on making Europe more Catholic, as well as reaching out to its Protestant daughters in America.

Pope Benedict has exploited a theme introduced by his predecessor, John Paul ii, calling for a “new evangelization” of Europe in particular. To this end he has created a “Pontifical Council for the Promoting of New Evangelization” to give force to this crusade against the secularization and Islamification of European society. Some were surprised that the head of this new council was not also ordained a cardinal at this time. However, it is most apparent that by focusing his appointments on Europe in particular and granting the ordinariate for America, Pope Benedict is preparing to reach out to areas he wants to target most in this crusading program of new evangelization.

Watch for the pope to continue to make the Catholic Church’s influence in Europe the highest of priorities, while at the same time working to garner back both priests and parishioners from the church’s Protestant daughters.