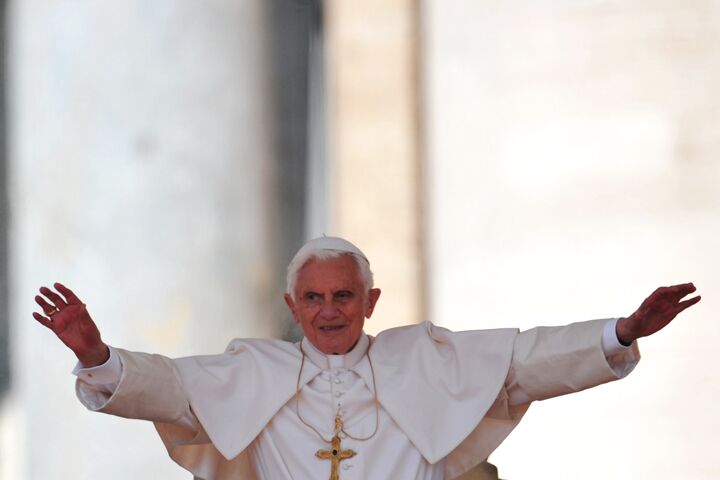 The pope signals his personal commitment to bringing Anglicans to Rome.

Pope Benedict xvi donated $250,000 to the UK Catholic organization set up to receive defecting Anglicans—the Personal Ordinariate of Our Lady of Walsingham. Monsignor Kieth Newton, head of the ordinariate, thanked the pope for his gift May 1, saying: “This gift is a great help and encouragement as we continue to grow and develop our distinctive ecclesial life while seeking to contribute to the wider work of evangelization in England and Wales.”

The group has come out of the Anglican Church with little to no property or funds, making the pope’s donation a key lifeline.

A priest and spokesman for the group, James Bradley, said the money “will help us get up on our two feet.” But this money is just the beginning, he said, “we are also looking at some serious fundraising.”

Thus far, Anglicans leaving for Rome have had to worship with regular Catholics. But, Bradley said, “we will need funds for the acquisition and upkeep of our own church buildings.” The money will also be used to “finance clergy, pay for the training of seminarians, missions and evangelization. We don’t want to be hand to mouth,” he said.

Part of the need for cash comes because the orginariate has been “inundated by success,” according to Bradley. “We did not realize there would be these numbers or such a spread in the UK.” So far, around 1,200 members and 60 clergymen have joined.

Britain’s Guardian newspaper reports: “Anglican vicars who have announced their defection to the ordinariate have often taken parishioners with them, leaving loyal Anglicans scrambling to fill pews and organize services.”

These funds could make the church grow much faster. Once members see that they won’t be absorbed into a Catholic congregation but will instead be able to worship with former Anglicans in their own buildings, many more may be willing to make the move. And much more of the clergy would be willing to jump if they knew the ordinariate had the money to pay them.

The Vatican’s nuncio, or ambassador, to the UK, Archbishop Antonio Mennini, encouraged others to donate, and said the pope’s gift is “a clear sign of his personal commitment to the work of Christian unity and the special place the ordinariate holds in his heart.” Indeed, the evidence shows the pope has been very involved in the setting up of this ordinariate.

As the ordinariate expands into America and continues to grow, watch for more disaffected Anglicans to make the move. And watch for this to continue to be a high priority for the pope. The Bible forecast that the Catholic Church would woo back its Protestant daughters. For more information, see our article “The Church That Swallowed a Church.”