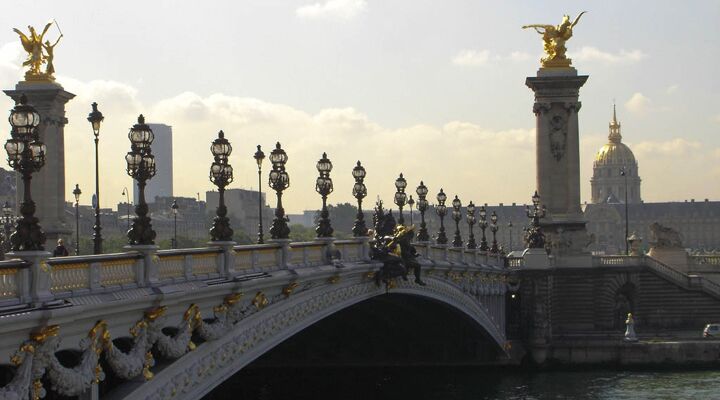 “Building peace in the minds of men and women,” declares the motto of the United Nations Educational, Scientific and Cultural Organization. Established in 1945 as a collaborative effort of nations to “embody a genuine culture of peace” in the world, it has struggled through the decades in pursuit of this lofty objective.

“We had been invited to participate, through the Ambassador Foundation, in a project of international youth development by unesco, the educational and cultural branch of the United Nations,” Mr. Armstrong wrote co-workers June 15, 1984. “In Paris earlier this week I had meetings with the director general of unesco, Mr. Amadou Mahtar M’Bow, and also with the French and German representatives to unesco, relative to this youth project. Through such conferences I am learning much more from the inside about the drift in world affairs.”

One may ask why the director general of unesco invited an unofficial ambassador for world peace to be involved with such a global government initiative.

Born in the African country of Senegal, Mr. M’Bow completed his advanced education in the city of lights, Paris. Thereafter, back in his native country, he instructed in the subjects of geography and history, overseeing education development. He began serving as part of unesco beginning 1966 and ascended to director general in 1974, serving in that position till 1987.

The meeting between M’Bow and Armstrong was amid the United Nations-mandated International Youth Year celebrations, created to foster greater awareness of the global demographic of those ages 15 to 24.

In the same 1984 letter, Mr. Armstrong lamented, “My meetings with officials of unesco in Paris a few days ago made plain that the Third World of economically poor nations is, with Soviet influence, gaining control of unesco as well as the United Nations system in Geneva, against the United States and Britain. The United States has already given notice of its intentions to withdraw from unesco at the end of this year. Why do many economically poor nations look with jealousy and hatred against America and Britain? That, too, is explained in the Bible.” Request your free copy of Mr. Armstrong’s book The United States and Britain in Prophecy for more understanding.

Hosted in Barcelona, Spain, from July 8-15, 1985, unesco sponsored the World Congress on Youth, which was attended by over 600 youth, government and non-government officials. In its Barcelona Statement, chronicling the event, “the participants in the congress viewed the development of all kinds of initiatives aimed at mutual understanding as a vital activity deserving unceasing support.”

The report additionally stated that the need for developing countries was for “appropriate educational, social and cultural initiatives,” and for developed countries, “improving conditions and interrelationships throughout the world.”

This event came barely a month after Mr. Armstrong had been honored at the 40th-anniversary celebrations of the founding of the United Nations, having attended the signing ceremony in San Francisco and reported on the historic event back in 1945 for the Plain Truth magazine and the World Tomorrow radio program.

Both recommendations of the Barcelona Statement had already been long-established pillars of cultural and humanitarian bridge building as directed by Mr. Armstrong as founder of Ambassador International Cultural Foundation.

Mr. Armstrong’s love of youth, culture and global humanitarianism began as far back as 1934. The Ambassador International Cultural Foundation was formally established in March 1975 as a non-profit foundation dedicated to serving humanity worldwide, giving the church “added prestige, credibility and favor” as the non-religious organization was “met with great and favorable response,” he wrote co-workers June 5, 1975. The foundation was nonsectarian and legally independent of both Mr. Armstrong’s endeavors of Ambassador College and the Worldwide Church of God and yet greatly contributed to his mission of declaring the good news of the coming government of God to all nations (Matthew 24:14).

The Ambassador International Cultural Foundation was so beloved and internationally respected by the world’s leaders that upon the death of Mr. Armstrong in January 1986, their messages of condolence called with collective voice from all corners of the globe for the legacy and work of this honored ambassador for world peace to be continued.

Tragically, those appointed by Mr. Armstrong to perpetuate his humanitarian efforts to extend goodwill and promote world peace among all nations ignored the request of emperors, kings, presidents, prime ministers, ambassadors, diplomats and high government officials to continue Mr. Armstrong’s legacy. After closing the Ambassador College campus and seeking to profit from the sale of the assets, the Ambassador International Cultural Foundation crumbled to defunct status and with it the plea of world leaders to see it continue. Request your free copy of Raising the Ruins to learn more of this betrayal of Mr. Armstrong’s legacy.

“Greetings, friends! What is the Armstrong International Cultural Foundation?” writes editor in chief Gerald Flurry in the foundation’s prospectus, received by thousands of global supporters. “We are an international humanitarian organization dedicated to serving the cultural and educational needs of people everywhere. The concept behind all of the foundation’s goals and activities is twofold: 1) that man is a unique being, possessing vast mental, physical and spiritual potentials—the development of which should be aided and encouraged, and 2) that it is the responsibility of all men to attend to and care for the needs of their fellow men, a precept professed by the vast majority of religions of the world—appropriately summed up in three biblical words: ‘Love thy neighbor.’ Out of this understanding we seek to aid and support projects around the world without respect to race or religion.”

Armstrong International Cultural Foundation’s dedicated efforts over the past two decades involving various countries and cultures are proof that Gerald Flurry is honoring the request of emperors, kings, queens, princes, presidents and prime ministers, along with a myriad of dignitaries from around the globe who met and worked with Herbert Armstrong and the foundation during his life. They also aid Mr. Flurry’s mission to “prophesy again” in the tradition of the unofficial ambassador to many peoples, nations, tongues and kings (Revelation 10:11).

Through these efforts, the foundation continues its contribution toward bringing about understanding between all peoples in the march forward to soon-coming world peace to be established by Jesus Christ at His promised return.