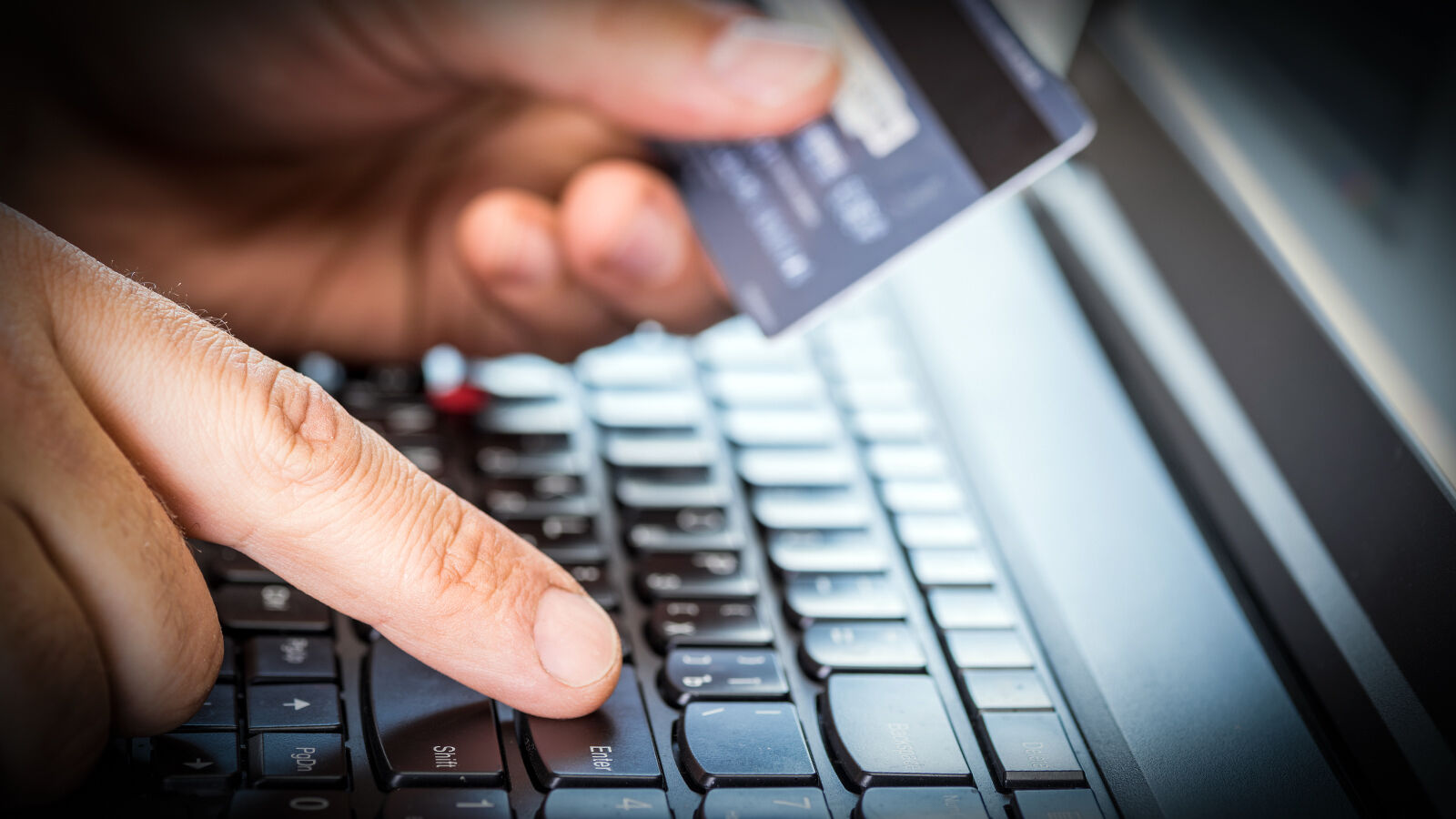 But how do we get out of it? There is a solution!

The other day, I was ordering some used books on eBay. The total came to around £3. But upon checkout, PayPal made me an offer. I could borrow money, and spread the cost of the purchase.

We are bombarded with so many offers of credit that I don’t normally notice. But the offer was so ridiculous, it caught my eye.

Never has it been so easy to borrow money for anything.

First, borrowing for a house became common. Then a car. Then large appliances, through things like “higher purchases.” Then credit cards allowed us to borrow for anything and everything—albeit at a high rate of interest.

Now online sellers, shops and companies like PayPal are offering us cheap credit for almost any purchase.

Is it any wonder that we’re swimming in more debt than ever? The statistics on consumer debt are shocking.

American mortgage debt is at an all-time high. In the second quarter of 2019, it hit $9.4 trillion.

Mortgage debt hit its last peak in the autumn of 2008, at $9.3 trillion. The infamous 2008 financial crisis hit soon afterward.

Mortgage Debt Reaches New High Above 2008 Level - while delinquencies have been in check, many consumers are using their home equity lines to stay afloat - they could be squeezed in a recession. @LanceRoberts @michaellebowitz @DiMartinoBooth pic.twitter.com/uOBWl2LVh4

Auto loan debt is also at an all-time high, at $1.3 trillion—double the amount 10 years ago. Cars are more expensive, and more expensive models like sport-utility vehicles are more popular. But rather than buy used, or scaling back our spending, we’re taking out longer car loans. Last week, the Wall Street Journal reported that seven-year car loans are increasingly common.

Meanwhile lenders are foisting loans on people who can’t afford to pay them back—leaving some to warn of a repetition of the subprime mortgage scandal, but this time in the auto market.

Student loans are now another major source of debt. Students owe a total of $1.6 trillion in loans. Last year’s graduates owed an average of $29,200 for a bachelor’s degree.

Point-of-sale (pos) loans—like eBay’s offer to lend me money to buy books—seem set to become the next big debt trap. A host of companies are spreading throughout the market; Afterpay, Affirm and Klarna now work with major retailers to help you spread out the cost of your purchases. Major companies are getting ready to move in on the market. Mastercard bought a pos platform, Vyza, in April. JPMorgan Chase is bringing out their own point-of-sale platform.

Americans owe around $391 billion in these types of loans. But experts believe the market has a lot of room to grow. A couple years ago, Accenture forecast that the point-of-sale market could soon be worth $1.8 trillion.

These loans are working—in that they’re getting us to spend more. According to Forrester, companies that offer pos loans see a 32 percent increase in sales.

Using a pos debt doesn’t even feel like borrowing money. It’s marketed instead as “spreading the cost,” rather than applying for a loan. Depending on the service, you could be paying little or no interest. But it is still ratcheting up the debt.

“Lured by the promise of buying now, but not in fact able to pay later, these products are changing the way consumers think about credit and prove that affluent customers aren’t immune from the clutches of money lenders hungry to grab a bigger slice of the consumer credit boom,” wrote Spectator Life over the summer.

This is the real danger. There’s no scary bank manager to justify a loan. No scary high interest rates. It makes getting into debt so easy.

But if we’re setting new records across all the major categories of debt, why aren’t we hearing more about it?

It’s a rather shortsighted view, but many don’t worry as debt hits record levels. Those in debt only panic when they struggle to pay it off.

Interest rates are at record lows. For some forms of debt, they are even negative; banks will pay you to borrow money. Unemployment is at its lowest in decades. But as soon as interest rates or unemployment rises, the record debt burden will become backbreaking.

And we are just looking at one area of debt that is setting records: consumer debt. Government debt and corporate debt are also at record highs. Our whole system is based on debt.

It can be scary to think about how unstable our economy is. It could all fall apart so easily.

What is the solution?

The Bible has one. It’s not one that many people are willing to listen to right now. But man’s systems have failed.

Capitalism is the best system man has devised. It has lifted more people out of poverty than any other economic system. It lets us live in freedom—without some government monstrosity telling us what job we should do, where and when we should work, and what products are available. But it has brought us to the point that we are dependant on inventing more and more forms of debt and borrowing to keep the economy going. Man’s implementation of this system clearly has not worked. It is all building to a massive crash—and at that point, the failure will become obvious to all.

But the Bible says a time of great prosperity is coming. Micah 4:4 states: “[T]hey shall sit every man under his vine and under his fig tree; and none shall make them afraid: for the mouth of the Lord of hosts hath spoken it.” There will be universal property ownership—not communism, nor indebted mortgage payers. God talks about the ground producing so many crops they cannot be gathered fast enough (Amos 9:13). Jeremiah 31:12 paints a picture of this prosperity: “Therefore they shall come and sing in the height of Zion, and shall flow together to the goodness of the Lord, for wheat, and for wine, and for oil, and for the young of the flock and of the herd: and their soul shall be as a watered garden; and they shall not sorrow any more at all.”

In 3 John 2 God says, “Beloved, I wish above all things that thou mayest prosper and be in health, even as thy soul prospereth.” He wants the world to have prosperity—and He has a plan to make that happen.

Herbert W. Armstrong explained this plan in his free booklet The Wonderful World Tomorrow—What It Will Be Like. This booklet uses an abundance of scriptures to prove what the Bible says about this soon-coming new world.

Many of those scriptures relate to the economy. God plans to bring a new world economy. But all those changes revolve around one fundamental transformation: a change of heart for all mankind. In his booklet, Mr. Armstrong wrote:

And how will that be done? By putting away the super-powerful Satan, the prince of the power of the air—the spirit being that now is working in deceived, misled, human beings (Ephesians 2:2; Revelation 20:1-3). Satan is the source of what is called human nature, which humans acquire from him.

James says, “Do ye think that the scripture saith in vain, The spirit that dwelleth in us lusteth to envy?” (James 4:5). And Jeremiah was inspired to write, “The heart is deceitful above all things, and desperately wicked: who can know it?” (Jeremiah 17:9).

Human nature covets. It lusts for the things money can buy. It longs for prestige, recognition, admiration and popularity. It lusts for power, position, wealth.

Today, we as individuals lust for things we cannot afford. Marketers put huge efforts into appealing to those lusts. Banks are quick to take advantage of those lusts and lure us into debt. But God is going to change that deadly flaw in man’s heart and replace it with a new attitude—a way of give. Mr. Armstrong wrote:

In God’s Kingdom, these commands of His will be obeyed. They’ll become the standard for regulating commerce, business, finance, and the entire economic structure of the world.

And all will be on the giving basis. Christ said, “Give, and it shall be given unto you; good measure, pressed down, and shaken together, and running over, shall men give into your bosom. For with the same measure that ye mete withal it shall be measured to you again” (Luke 6:38).

It would require a thick book to begin to describe the wonderful conditions which could prevail on this Earth—and which will finally prevail, when the human heart is humbled, converted—given the very nature of God (2 Peter 1:4).

Never again will anyone build a building he can’t afford, and doesn’t need, to lease and rent to tenants who help him pay for it. No more interest. God says it is sin to lend money at “usury,” or interest.

Once each 50 years, all debts, public and private, will be canceled, completely.

Mr. Armstrong’s booklet details the change of conditions that will flow from this change of heart. This change from an economy based on get to one based on give will be at the foundation of this new world’s peace and prosperity.

This new world is a solid hope that God wants to be real to all of us—so much so that He devotes a seven-day festival to picturing this day. Held at this time of year, the Feast of Tabernacles helps God’s people anticipate this wonderful World Tomorrow.

Please read our free booklet The Wonderful World Tomorrow—What It Will Be Like. It is filled with scriptures to help you build this hope for a better world on a sure biblical foundation. In a world full of financial miseries and other suffering, this hope is essential to everyone.