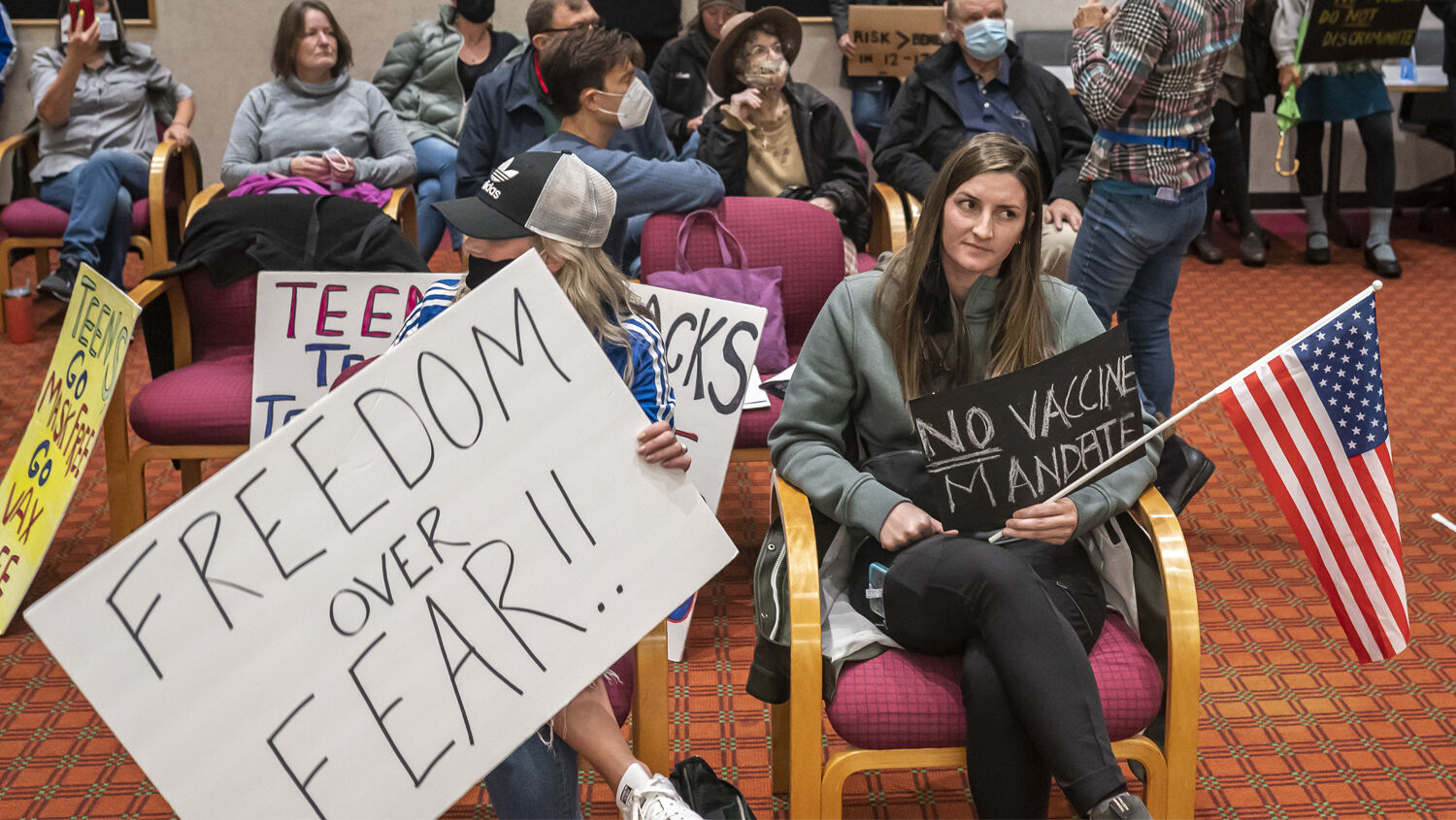 Bureaucrats prosecuting soccer moms are motivated by an anti-family spirit.

The very concept of family is under attack in America. Antifa terrorists firebombed the offices of a prominent pro-life lobby group in Wisconsin, while the Department of Justice did nothing. Attorney General Merrick Garland is more interested in shutting down parents who speak against critical race theory than prosecuting radical activists who destroy buildings and threaten those trying to defend unborn babies.

Just days after the headquarters of Wisconsin Family Action was attacked, representatives Jim Jordan and Mike Johnson revealed that Garland used counterterrorism statutes and resources to target parents at school board meetings. “We have learned from brave whistleblowers that the [Federal Bureau of Investigation] has opened investigations with the EDUOFFICIALS threat tag in almost every region of the county and relating to all types of educational settings,” their letter to Garland reads. “The information we have shows how, as a direct result of your directive, federal law enforcement is using counterterrorism resources to protect First Amendment activity.”

Garland denies labeling parents as domestic terrorists, but Jordan and Johnson’s letter reveals that the fbi interviewed a mom for telling school board officials “We’re coming for you” during an argument over mask mandates. It also reveals that the fbi interviewed a dad opposed to masking mandates because he “rails against the government” and “has a lot of guns.” These interviews and dozens of others occurred because someone called the National Threat Operations Center to report a potential terrorist.

fbi whistleblowers have shared e-mails with Jordan and Johnson revealing that government employees have been tagging complaints against parents at school board meetings with an EDUOFFICIALS threat tag since last September. This concerning activity started after the National School Boards Association urged the Biden administration to target concerned parents who speak out against critical race theory at school board meetings with investigations and prosecution under existing anti-terrorism laws.

In addition to arguing with school board officials about mask mandates and vaccine requirements, parents have voiced disapproval about what their children are being taught about race, sex and gender. But the Biden administration is not backing down just because parents are upset. Garland’s son-in-law is the cofounder of Panorama Education, which promotes critical race theory. He has a vested interest in using whatever means necessary to silence dissent, even if those means include invoking the Patriot Act against parents.

Joe Biden elucidated the feelings of many leftists when he told teachers that children belong to them when they’re in the classroom. “They’re all our children,” he said at a White House event honoring the teacher of the year. “They are not somebody else’s children. They’re like yours when they’re in the classroom.” Conservatives may sponsor “Parents Matter” rallies, but true progressives believe that children belong to the government.

Fornication, adultery, homosexuality and cross-dressing sever the bond between husband and wife, like abortion severs the bond between parent and child. With this in mind, it is easy to see the Antifa radicals firebombing pro-life offices in Wisconsin are motivated by the same anti-family spirit as bureaucrats prosecuting parents who speak out at school board meetings. Both Karl Marx and Frederick Engels openly stated that the abolition of the family was necessary for the ultimate triumph of socialism, and many progressives in America today still agree with them.

“It is ‘the abolition of the family,’ as Karl Marx explicitly put it, that is central to the success of the Communist agenda,” wrote analyst Mark Tapsen of the David Horowitz Freedom Center. “As the most fundamental bond of humanity, it is the most resistant bulwark against totalitarian state control and a collectivist mindset. It is the environment in which we are first civilized and molded, ideally, into productive citizens who value our individualism but embrace our role in the larger society. As Edmund Burke wrote in 1790, the family ‘is the first link in the series by which we proceed towards a love to our country and to mankind.’ The all-powerful state to which Communists demand allegiance is not a link in that chain, and thus the family is an obstacle that must be dismantled.”

The Bible reveals that the family unit is the basic building block of any stable society. Still, the American and British peoples long ago rejected God and allowed Satan-inspired philosophy to infiltrate, subvert and divide their nations. God will let this experience teach them the natural consequences of broken laws. The sad truth is that humanity will have to endure a time of intense suffering due to its own hardheadedness.

A strong family built on the biblical model—with a faithfully married, family-focused father and mother intent on fulfilling their respective roles—is an ideal any clear-thinking person should treasure. Only after people learn this vital lesson will God be able to finally teach all nations the way to true peace, joy and prosperity!

To learn more about the attack on the family today, please read “The Communist Attack on Parents” by Stephen Flurry and the chapter titled “The Communist Infiltration of America Was Prophesied” in our free booklet He Was Right.