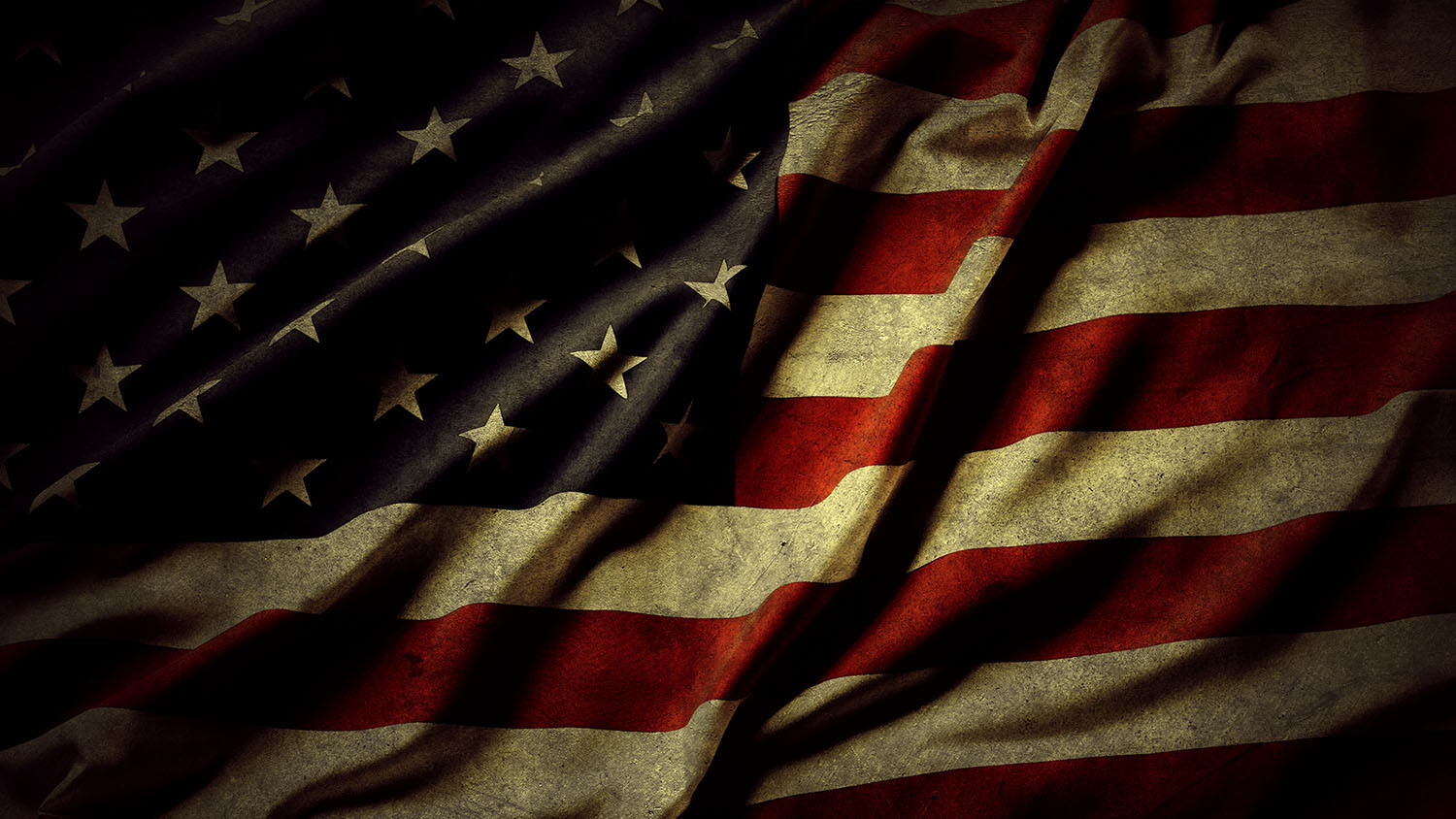 You live in a country where leftists treat conservative parents like terrorists.

What does it mean to be an American patriot? Some think it’s patriotic to believe in the principles of the American founders and the higher ideals that they hoped their posterity would reach for. Some think it’s “patriotic” to treat those people like terrorists.

The reality of “patriotism” in the United States in 2021 teaches us whether it is right to look to our founders, and even beyond them to those higher ideals that even they could not reach—but dreamed that we would.

Twenty years ago, 19 Islamic terrorists murdered 2,977 Americans in New York, Washington, D.C., and Pennsylvania. In response, a majority of members of Congress, Republican and Democrat, supported and passed a new bill, and United States President George W. Bush signed it into law. The new act dramatically tightened U.S. national security by expanding the authority of law enforcement and intelligence agents to track and intercept communications. It was called the Patriot Act.

Many Americans who considered themselves patriotic supported that act. But some, who studied the original American patriots and held to their original intent for the U.S. Constitution, warned against it. In International Relations class at Herbert W. Armstrong College, the late Gary Rethford warned that the Patriot Act, despite its name, was dangerously unconstitutional. He said that the federal government would inevitably abuse this very same law against Americans to spy on political opponents and everyday citizens. I was a student in that class, and I was skeptical of that claim. I remembered watching the World Trade Center collapse on television. I was certain that President Bush was doing what needed to be done to prevent another 9/11.

During my second semester in International Relations, Illinois Sen. Barack Obama began campaigning for the presidency. He promised to halt George Bush’s data collection on U.S. citizens because, he said, it was wrong. Some people thought attacks like these on laws like the Patriot Act were unpatriotic, a gift to the Islamists. Yet once he was elected, Obama used the Patriot Act and other means, constitutional and unconstitutional, to expand the government’s surveillance of American citizens. Obama’s agents illegally monitored journalists, members of Congress, the Trump presidential campaign, the Trump presidency itself and millions of American citizens. Obama was and is a special kind of tyrant, and no one should confuse his agenda with patriotism. But he would not have been able to do everything he did without the Patriot Act. Now, a notionally “patriotic” measure is building the most powerful surveillance state the world has ever seen, next to—or perhaps ahead of—Communist China.

Through his former vice president, Joe Biden, Obama continues to exert his influence over the surveillance state. Like Mr. Rethford predicted, he is using the Patriot Act to abuse the American people. That is why so much Justice Department and other federal agency energy happens to be targeting people that Obama and Biden oppose. People like concerned American parents, Republican or otherwise, are not violating the Constitution or even the Patriot Act. But they find themselves being targeted like al Qaeda terrorists for doing something as constitutional and patriotic as using their freedom of speech to oppose Communist indoctrination of their own children.

In September, the leftist National School Boards Association urged Biden to target concerned parents who speak out against critical race theory at school board meetings with investigations and prosecution under federal anti-terrorism laws. This is not an exaggeration. Attorney General Merrick Garland later denied that the Justice Department would treat parents as terrorists, but a recently leaked e-mail proves he was lying. An anonymous federal government whistleblower has leaked a Federal Bureau of Investigation e-mail to Republicans on the House Judiciary Committee. The October 20 e-mail, signed by Counterterrorism Division Assistant Director Timothy Langan and former Criminal Division Assistant Director Calvin Shivers, reveals that the fbi created a “threat tag” to track concerned parents who speak out against school boards with comments that federal agents deem to be menacing.

This policy is not designed to protect teachers from violence. It is intended to intimidate parents into silence. It is intended to make an example out of those who summon the courage to speak out by potentially prosecuting them as enemies of the state! Even the principal author of the Patriot Act, F. James Sensenbrenner, has rightly identified this as a direct attack on families. He wrote in the Wall Street Journal, “The Biden administration is abusing federal laws and agencies as instruments of political repression.”

More people should have seen this coming. The late International Relations instructor and Trumpet senior writer Ron Fraser taught us students that there are two broad theories of political thought: realism and utopianism. A realist accepts that human nature is basically evil, a truth revealed in Bible verses such as Jeremiah 17:9. A utopian believes that human nature is basically good. Utopians reason that, given enough knowledge (and power), human governments can solve all human problems.

The framers of the U.S. Constitution were realists. They understood that it was not just King George iii who was evil. Human nature itself is evil, because humans are weak and influenced by evil. They believed that the Creator of human beings created each individual in a state of nature with inalienable rights. They believed that He created them to need government. They therefore believed that a government is legitimate when it leaves individual rights with the individual and governs by the overall consent of the governed. They sought to protect individual God-given rights with a system of checks and balances to keep power out of the hands of a single branch of government, or worse yet, a single individual.

James Madison, who largely authored the Constitution, wrote perhaps the best explanation of the constitutional system in Federalist No. 51: “Ambition must be made to counteract ambition. The interest of the man must be connected with the constitutional rights of the place. It may be a reflection on human nature that such devices should be necessary to control the abuses of government. But what is government itself but the greatest of all reflections on human nature? If men were angels, no government would be necessary. If angels were to govern men, neither external nor internal controls on government would be necessary.”

The French Jacobins, the Russian Bolsheviks, the Chinese Communists and the American progressives abolished checks on their power—once they were the ones in power—so that they could revolutionize their societies. In the 20th century alone, these “utopians” murdered more than 100 million people. Realist patriots who believe in individual rights would consider each of those lives to be as valuable as the life of Maximilien Robespierre, or of Vladimir Lenin, or of Joseph Stalin, or of Mao Zedong, and would consider the destruction of each of those lives a tragedy. Utopian elites consider 10 million here and 20 million there a necessary sacrifice in their noble quest to abolish poverty, injustice and war for all mankind. It’s their tower of Babel of “progress,” and they will use anything, called “patriot” or not, deadly or not, to build it.

James Madison would have opposed the Patriot Act for the same reason Gary Rethford did. This act empowered a single branch of government to spy on millions with no real checks, balances, separation of powers, or oversight. The only thing preventing the government from abusing the sweeping authority the Patriot Act granted it was the personal character of the president and his cabinet. During the Bush administration, this character was sufficient to prevent many abuses. But as Mr. Rethford understood, soon a president of a different character would use that same power to spy on and abuse parents, other everyday Americans, their representatives and anyone else whose power and rights he wanted to confiscate. Inside America in the 21st century, as in the charred hulks of the 20th, demonstrable evil uses nice-sounding words like “patriot.”

The cold civil war that Americans now find themselves in traces back to these two motivations. And these two motivations trace back much farther—to the fundamental human choice. The founders had a strong sense of the human nature that this choice produced. They wanted us to rise above it. But today, radical utopians and even realist patriots ignore or reject that choice that set the course of human nature itself. They forget or pay only lip service to the fact that men are endowed with their rights by their Creator. That is the only reason rights could be inalienable. That is the only reason a government should respect rights. That is the only reason there is such a thing as your rights. Yet utopians and realists alike deny or only loosely understand that rights have a source, just as evils (such as killing 100 million people) have a source. They view as a fable the actual, documented, historic fact of the fundamental human choice presented to the first human beings and their posterity. One being told them to trust Him, believe His revelation, submit to His law, avoid self-reliance, reject rebellion, and commit to obeying and learning from their Creator every seventh day. The other being told them to open their eyes and trust themselves. They and their posterity, religious and nonreligious, patriot and patriot-in-name-only have obeyed the latter. They believed: “You shall be as gods.”

The fundamental choice was, and still is: self or God?

For more information about this fundamental choice, please read Human Nature: What Is It?, by Trumpet executive editor Stephen Flurry, and Just What Do You Mean … Conversion?, by the late Herbert W. Armstrong.