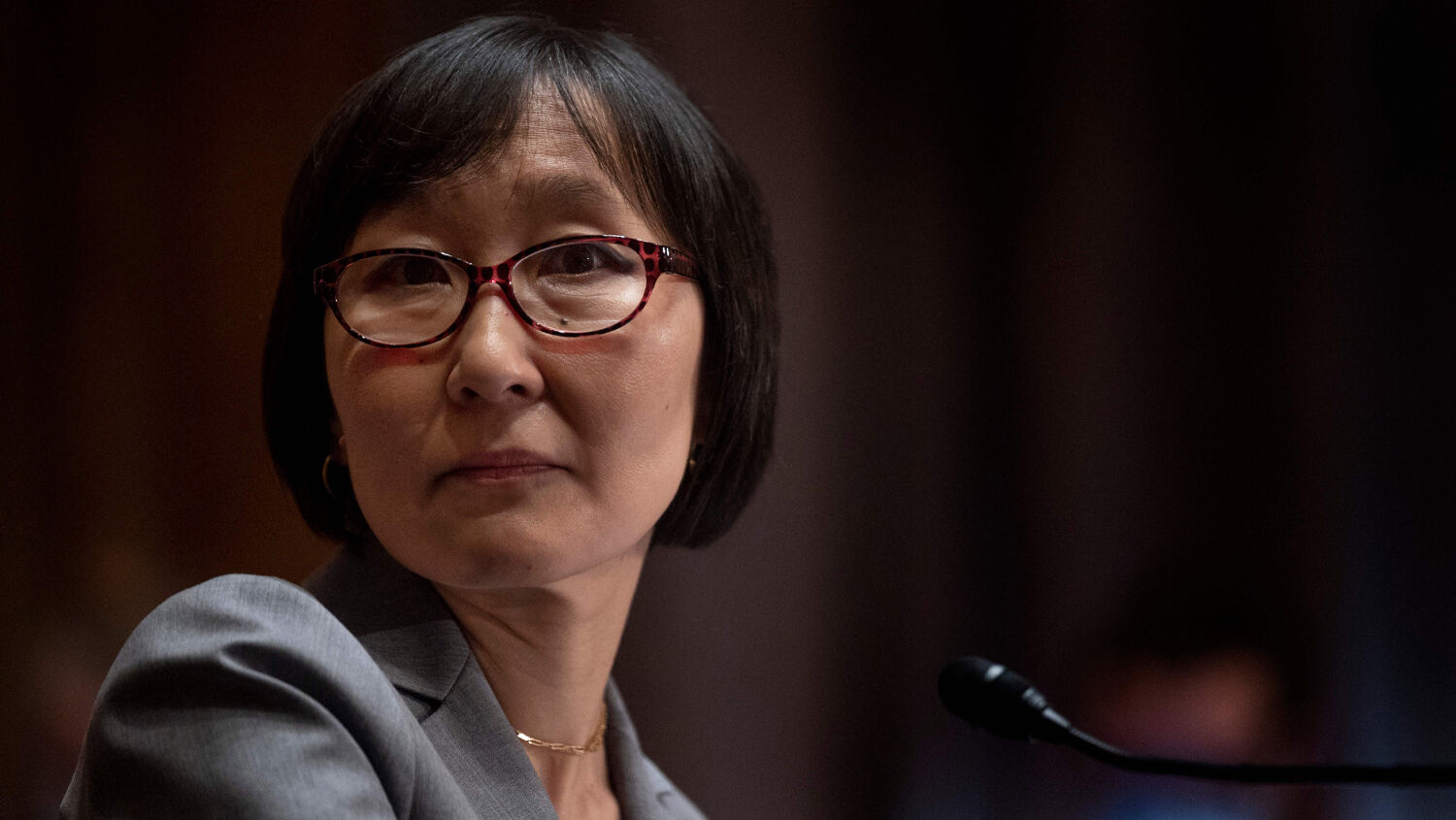 Nominee for comptroller of the currency Saule Omarova testifies before the Senate Banking, Housing and Urban Affairs Committee in Washington, D.C., on November 18.
JIM WATSON/AFP via Getty Images

Do the Democrats want to nationalize banking and digitize the dollar?

Joe Biden promised to unite America by governing from the middle and working with Democrats and Republicans to pass significant legislation. Yet his administration has morphed into the most radical in United States history. On taxes, health care, climate change, labor rights, and many other issues, the Biden administration is governing to the left of the Obama administration.

Secretary of State Antony Blinken is one of the chief architects of the nuclear deal that lifted sanctions against Iran in return for practically nothing. Secretary of Homeland Security Alejandro Mayorkas is one of the top architects of the Deferred Action for Childhood Arrivals policy that flooded the nation will illegal immigrants. Secretary of the Interior Deb Haaland is an anti-fracking activist with deep ties to the Communist Party usa. Director of Land Management Tracy Stone-Manning is an actual ecoterrorist who helped a group of friends drive spikes into a stand of trees so loggers could not cut them down without being killed or seriously injured. And Assistant Secretary for Health Rachel Levine is the first openly transgender official to hold a government office that requires Senate confirmation.

If you thought Biden might take a break from nominating radicals, you were mistaken. His nominee for Office of Comptroller of the Currency is among the most radical nominees yet.

Saule Omarova is a descendant of Kazakh intellectuals persecuted by the Soviet Union. Yet she has not let her family history sour her against communism. As a girl, she was a top member of the All-Union Leninist Young Communist League. She went to Moscow State University to study economics on the Lenin Personal Academic Scholarship as an adult. And as an immigrant in America, she disparaged the United States, saying, “Say what you will about the old [Soviet Union]; there was no gender pay gap there.”

Omarova’s thesis was titled “Karl Marx’s Economic Analysis and the Theory of Revolution in Das Kapital.” The fact that she refuses to provide a copy to the U.S. Senate Banking Committee indicates it is radically Communist. Cornell University law professor Robert Hockett describes himself, Omarova and the late corporate law scholar Lynn Stout as “the Bolshevik contingent of Cornell’s finance group.”

If none of these red flags convince you that Saule Omarova is a Communist out to dismantle America’s free-market economic system, then look at her actual proposals for the American economy.

If the Senate confirms Omarova, she will regulate all national banks and thrift institutions in the U.S. This is concerning as she is famous for her calls to expand the powers of the Federal Reserve by nationalizing banking and digitizing the dollar. In a series of papers, she argues that every American needs a bank account set up at the Federal Reserve, which governing authorities could use to inflate the dollar by issuing interest on the deposits or crediting accounts directly. Experts have noted that this proposal would enable the government to run the economy with unlimited discretion.

The fifth plank in Karl Marx’s Communist Manifesto calls for: “Centralization of credit in the hands of the state, by means of a national bank with state capital and an exclusive monopoly.” That is what Omarova is arguing for when she calls for digital federal accounts to replace private bank deposits. She would replace America’s current banking system with a high-tech version of the Gosbank. Once the Federal Reserve has centralized credit in the hands of the state, the government would have a deciding say in what factories get built, what oil wells get funded, and even who gets to buy a house or car.

“If you’re politically correct, well, then you can get a loan; if you’re not, you can’t,” Alex Pollock, a former head of the Federal Home Loan Bank of Chicago, told the Epoch Times about the implications.

According to Politico, seven Democratic senators are having second thoughts about Omarova after hearing testimony from her on November 18, so she might not become comptroller. But the fact that Joe Biden, Kamala Harris and at least 40 senators support her and her Soviet ideals is concerning.

The late Herbert W. Armstrong warned that communism would strip America of its blessings—the greatest blessings ever conferred on any people—not simply because socialists outmaneuvered conservatives, but because the American people turned away from God’s laws. Specifically, he warned that communism would pervert America’s morals, sabotage its educational system, wreck its social structure, destroy its spiritual life, weaken its military, and sap its economic strength.

Today, we see an effort to use deficit spending and quantitative easing to weaken America’s economy to the point that the government can nationalize and control it. But Mr. Armstrong did not base his forecasts merely on his understanding of politics and economics; he based them on Bible prophecy.

Hosea 7:8-9 predict that the modern-day descendants of ancient Israel would mix themselves with foreigners and their foreign ideologies. The ideas put forward by the Democratic Party today are not based on biblical values. They were brought here by atheists from German and Russian universities.

Other scriptures indicate this Communist infiltration will weaken America to where it will fall apart like a moth-eaten coat when the modern-day descendants of ancient Assyria invade (Hosea 5:7, 12-13). God lets this happen so people will acknowledge their offenses and seek His face!