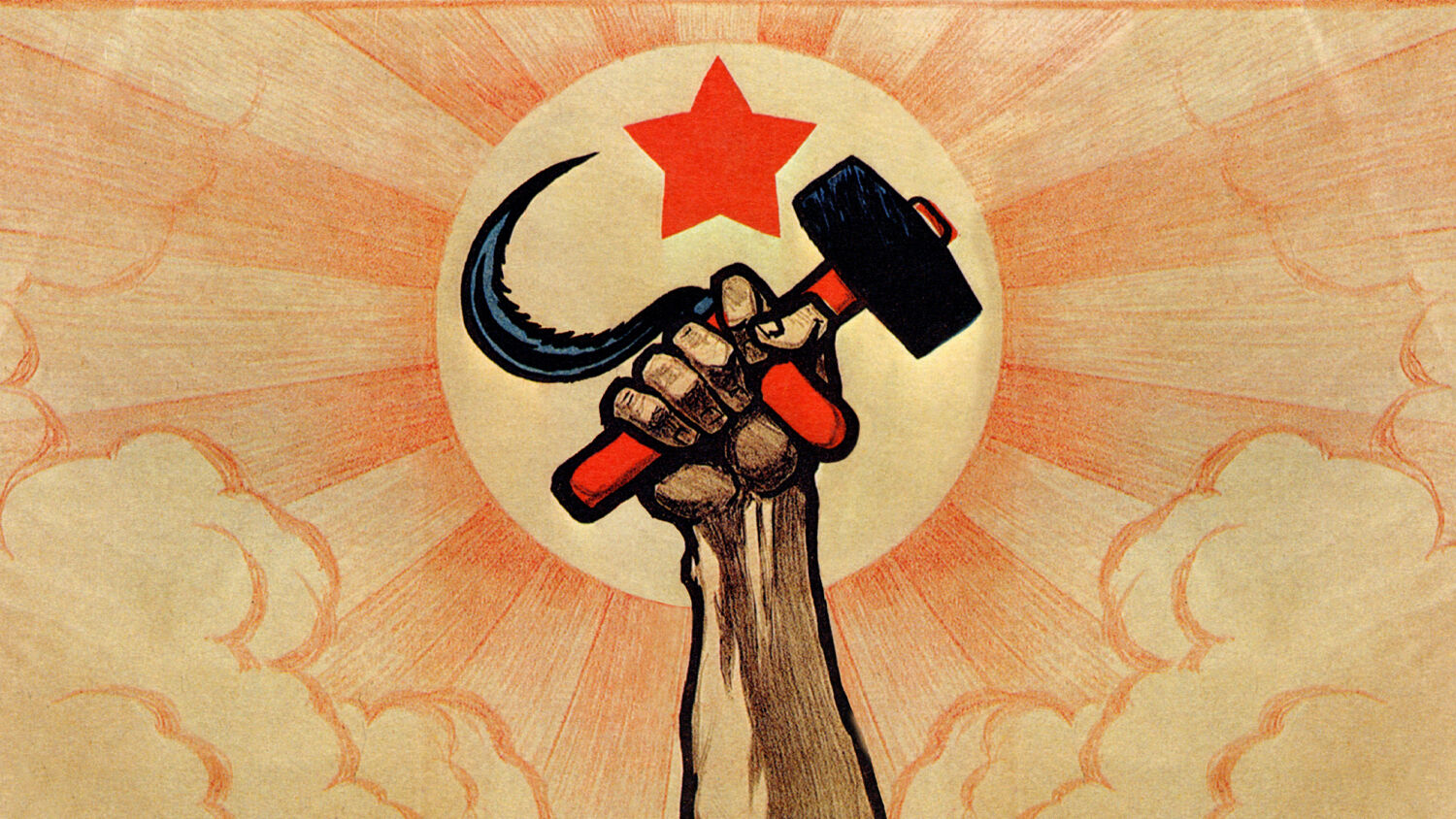 Symbols of communism: a hand wielding the hammer and sickle; in the background, the rising sun and the red star
Fototeca Gilardi/Getty Images

Freedom seems cheap—that is, if you’ve grown up with it. It’s easy to take for granted. Stories of oppression and tyranny seem distant.

Those who have experienced oppression and tyranny, however, cherish freedom. They know it isn’t cheap. They recognize not only how costly it is, but also how precious and fragile. And they weep to see it lost.

America, alas, is losing its freedom. And I recently spoke to one refugee from Communist China who is grieving for it.

To take one example, look at America’s mainstream news. Their bias has grown so extreme they now essentially function as a propaganda arm of leftist politicians. cnn technical director Charles Chester freely admitted as much in a recent Project Veritas exposé, literally boasting about airing “propaganda” that successfully ousted President Donald Trump. And as if to underscore their collusion with Big Tech, Twitter responded to the report not by censuring cnn, but by permanently banning Project Veritas founder James O’Keefe. These monstrous companies are suffocating journalistic integrity and free speech.

This feels achingly familiar to Dr. Dana Cheng, who grew up in China under the Chinese Communist Party. “The mainstream media functions more like a bigger corporation and propaganda tool than independent media,” she told me on Friday. “In the past, America has allowed independent media. Right now, most of the media have been consolidated into bigger corporations. The way it runs is more and more similar to the media in Communist countries. It doesn’t report truthfully. It misleads people. It divides people. And it suppresses other people’s voice.”

Twenty-one years ago, Dr. Cheng was part of a group of Chinese Americans who fought against press censorship in their home country by founding the Epoch Times. This international newspaper and media company has grown rapidly in recent years as readers have fled biased mainstream media and seek independent news sources, and as China’s role in the world has swelled. Dr. Cheng is now senior editor of the Epoch Times China news department.

The Times staff are fiercely critical of the Chinese Communist Party. And they pay for their criticism. Last Monday, their offices in Hong Kong were breached by four intruders who literally took sledgehammers to their computers and printers, forcing a temporary suspension of operations. This was the latest incident in a protracted effort by China’s ruling party to intimidate and silence them.

China’s government has “openly said the media should be the mouthpiece of the party,” Dr. Cheng said. She noted that until recently, the agency governing media was officially called the Propaganda Department. Its purpose, aside from muzzling opposition, is to amplify and foment class divisions in Chinese society—classic Marxism—and to brainwash people into following Communist ideology. “All the media is state-owned, or Communist-owned. Social media is monitored. Text or phone conversations are monitored,” she said. “That’s how Chinese live.”

Evidence of the wickedness of Chinese totalitarianism is rampant and growing. Like Soviet communism before it, it is essentially atheistic and unconstrained by absolute morals. Thus it freely uses deceit, theft, exploitation, coercion, mass incarceration, abuse, torture, terror, murder and even genocide as tools to serve its ambitions.

Dr. Cheng sees it clearly. If only more Americans did. Too many corporations continue to heedlessly pursue economic relationships with Communist China. Too few politicians show the resolve to confront the ccp’s expansionist and dangerous economic, political and military activities. Dr. Cheng says China’s ruling party has always felt threatened by the free world and “have always seen America as the number one enemy.” Now it is reaching a point where China’s leaders “think they are powerful enough to counter America.” Their ambition to supplant the world’s dominant power is on clear display.

Most perniciously, too few Americans recognize how the same amoral, authoritarian impulses that have transformed China are fundamentally transforming America. Look at China (and other Communist experiments), and you see precisely where this nation—long the apotheosis of the free world—is heading.

In America today, Marxist class struggle is synthesized with racial grievance to intensify social division. “What I see with the protests and Antifa is the same as the cultural revolution in China,” Dr. Cheng said. “Talking about racism is the same as class struggle: use one group against another group and divide the society; it’s agenda-driven.” As in China, ideological orthodoxy is promoted and enforced by the political class, business leaders and media organs. Government power is swiftly expanding at the cost of individual liberty. And a great many Americans are encouraging it.

“It’s shocking to me, and it’s sad to notice that American people lack the understanding of communism,” Dr. Cheng told me. “Although America has fought with the Soviet Union for a long time, it’s almost like … the people feel like communism is very far away. But communism is in our backyard. It’s already in our living room. It’s everywhere here.” She even noted the terrible irony that it was China that unleashed the coronavirus that has been used to deny citizens’ rights, upend our lives, and undermine the U.S.-led global economy.

“I left China because it’s a Communist regime,” she said from her New York office. “The day I left China, my professor sent me off at the airport. His last words were, ‘Never come back.’ … When we came here for freedom, I never thought that communism would follow me to America. In a lot of ways, America is becoming more and more like China, not the other way around. We hoped China would become America. … Communism has failed in every country, and now it’s coming to America. It’s very sad.”

Can Americans see it so starkly?

As Alexander Solzhenitsyn wrote, “There always is this fallacious belief: ‘It would not be the same here; here such things are impossible.’” But then this survivor of the Russian gulags concluded, “Alas, all the evil of the 20th century is possible everywhere on Earth.”