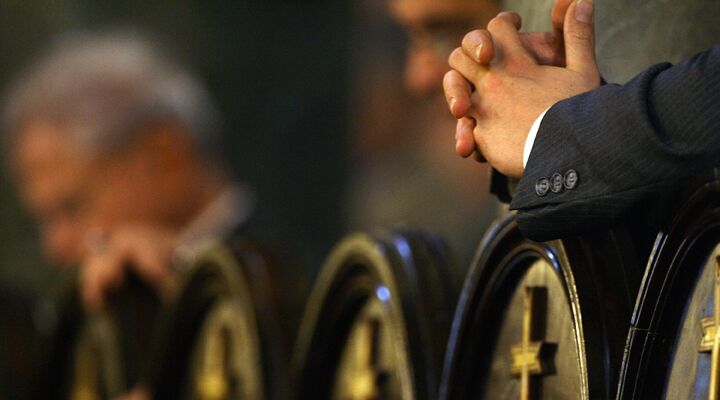 One of the Trumpet’s longest-standing predictions is on the brink of being fulfilled.

Greece must introduce a six-day working week, or lose its bailout money, Greece’s creditors said, according to a letter leaked to the Guardian and published September 4. This demand means Greeks would have to work Saturday and rest on Sunday as they’re forced to conform to the teachings of the Catholic and Orthodox churches, regardless of their personal beliefs.

The Guardian reported that the letter “orders the government to extend the working week into the weekend.” It was sent last week to Greece’s finance and labor ministries. An excerpt from the letter published by the Guardian called on the government to “increase the number of maximum workdays to six days per week for all sectors.”

The letter is from the “troika”—Greece’s three main creditors who oversee its bailout program: the European Commission, the European Central Bank and the International Monetary Fund. They also called for Greece to take several other steps to make working hours more flexible and to cut labor market regulation.

Their demand for a six-day week would mean that workers would be pushed to work on Saturday, not Sunday. Greek law already forbids working on Sunday. It states: “Employees are entitled to a minimum continuous period of rest of at least 24 hours per week, including Sunday as a rule, depending on the labor law provisions in force for each category of employees,” according to the European Commission’s website (emphasis added throughout).

If the working week is extended to six days, this law will almost certainly remain in force. Employers could soon be demanding a six-day week from most Greek workers. If someone tries to stick to his religious principles by working on Sunday and resting on Saturday, it would be illegal.

Catholic bishops have been working to introduce similar laws across the EU, robbing Europe’s citizens of the choice of which day they rest. They have tried several times to change Europe’s Working Time Directive, which says that all European workers must have at least one rest day a week, to say that all EU workers must take that rest day on Sunday.

They continued this push in July, when European religious leaders held their annual meeting with the presidents of EU institutions. Monsignor Gianni Ambrosio, vice president of the Commission of the Bishops’ Conferences of the European Community, called for the EU mandated Sunday worship to encourage stable families and help combat Europe’s demographic crisis. “Especially for the family, for the spiritual life of its members and for human relations, both inside the family and with relatives and friends, the common Sunday rest is of fundamental importance,” he said.

In March, the Catholic Church and trade unions across Europe joined up in what the church called a “holy alliance” to call for governments to enforce Sunday observance.

Herbert W. Armstrong warned for years that a European power would enforce Sunday worship. Anyone that refused “would not be able to earn a living, to earn a wage or salary, or to engage himself in business,” he wrote.

That is exactly what is happening in Greece!

The Bible is full of proof that Christ and the early Church kept the Sabbath on Saturday, not Sunday. But if you live in Greece and want to follow Christ’s example—refusing Sunday observance and keeping Saturday—you could soon be out of a job! This is exactly what the Bible prophesied.

We don’t know, yet, if Greece will submit to this six-day week. It may be able to negotiate a way out of it. It could quit the euro. Or it may be thrown out. But the economic crisis will get worse. And now we know that the EU sees the six-day week as a solution.

The Bible prophesies that Europe will rise from the crisis as the global economic superpower. Perhaps one of the ways it will do this is by introducing a six-day workweek across the Continent.

For more information on this vital subject, read our free booklets Who or What Is the Prophetic Beast? and Which Day Is the Christian Sabbath?