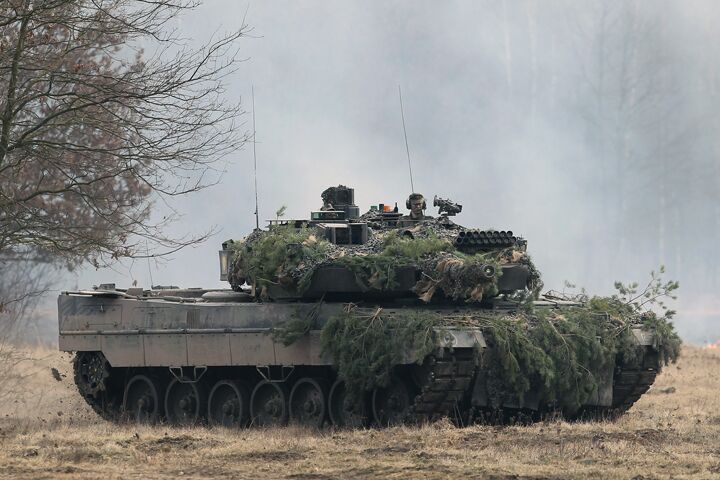 Qatar has announced it’s interested in buying up to 200 Leopard tanks from Germany in a deal potentially worth $2.5 billion, Spiegel reported July 29. The deal is part of the “Merkel Doctrine” of using weapons sales to create alliances and influence foreign policy.

“Merkel has been making quiet changes to Berlin’s arms exports policy,” Spiegel writes. “Instead of intervening in conflicts, she wants to help arm certain countries to provide stability in crisis regions.”

This Merkel Doctrine “has altered central premises of Germany’s foreign and security policies,” continues Spiegel, warning that Merkel has never had to give account to Germany’s public for this change.

The Qatar deal is yet to be approved by Germany’s Federal Security Council, but Spiegel reports “there are indications” that Merkel and the Economics Ministry will support it.

As Spiegel points out, Germany has been using its arms exports to countries in the Middle East to build an alliance to counter Iran.

This quiet but vital shift in German foreign policy is something the Trumpet has been forecasting for years—an alliance between Germany and several Middle Eastern nations, including Syria. Events in Syria right now are all part of this prophecy. This new Merkel Doctrine is also a direct fulfillment of this prophecy—Germany using weapons to build alliances in the Middle East.