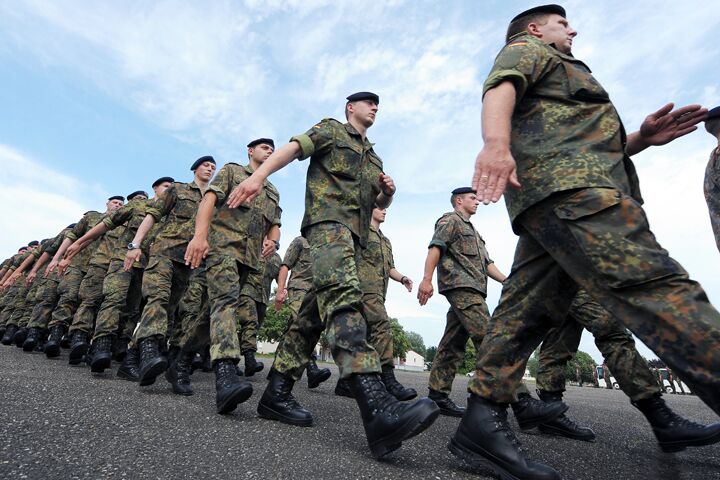 Relaxing arms trading rules, testing tanks in Saudi Arabia and an initiative to put the German Army “at the center of society” show the German military and arms manufacturers becoming increasingly important to the nation.

The German Army has launched efforts to put the army at the center of society, while Der Spiegel reports that the government is planning to make it easier for arms manufactures to export.

The Economy Ministry has drafted two papers that aim to “lift special German rules which disadvantage German exporters in comparison to their European competitors,” making it easier for Germany to export weapons, Der Spiegel reported July 15.

A spokesman from the ministry denied the report, saying that the new rules would not affect arms trade. However, Der Spiegel insists its reporting is accurate.

According to the magazine, the rules would mean that weapons sales within the European Union would no longer be considered exports, but transfers. This would mean that arms exporters could sell their weapons around the world by transferring them to other countries and then exporting them using the simpler EU rules. The changes will also make fines for those caught violating the rules less strict.

Germany is already the world’s third-largest exporter. On the same day as Der Spiegel’s exposé was published, Bild reported that Thyssen Krupp Marine Systems signed a €400 million deal with Algeria for two frigates, with helicopters. Included in the deal was extensive training of Algerian soldiers by the German military.

Earlier in the month, Spiegel Online reported that the German Army is already helping the manufacturers of the Leopard Tank test their tanks in Saudi Arabia. The sale of 270 “ultra-modern” Leopard 2 tanks to Saudi Arabia is unpopular and controversial. The fact that it has been pushed through and that the deal is being supported by the German Army shows the political will beside it. The German government continues to arm Saudi Arabia—one of Iran’s most steadfast enemies.

Indonesia is also reported to be interested in buying 100 Leopard 2 tanks.

As Germany returns to its traditional role as an expert arms manufacturer, former Defense Minister Karl-Theodor zu Guttenberg’s decision to end conscription is changing the army’s relationship with society.

It now has to attract recruits just like any other employer, which means that for the first time since World War ii, the Defense Ministry is working hard to sell the army to the general public.

Current Defense Minister Thomas de Maiziere recently outlined its efforts in a speech, titled “The Army in the Middle of Our Society,” to the Institute of Communication Science at the Dresden University of Technology. The army, he said, must increase its “social esteem,” so that it is viewed as a good and honorable profession.

But its efforts go further than simple recruitment advertising. For example, the German Army has been helping an author write a comic book about German troops in Afghanistan. The book has been praised in the German press. German-Foreign-Policy.com writes that the book portrays German soldiers “as noble warriors … that bring relief supplies, risking their lives in remote villages.”

“The comic builds seamlessly on several film productions by public television in which the soldiers of the armed forces are represented both as heroes and as victims of the war in Afghanistan,” it writes. Children’s books are also appearing explaining the role of soldiers to a very young audience.

All this is a natural consequence of axing conscription and Germany’s return to major deployments overseas. But combined with Germany’s growing volume of arms exports, it paints a troubling picture.

Because of this history, many have striven to ensure the Germany Army is the servant of the state, not its master. It has been pushed away from government. But efforts to bring the army back into the center of society could revive a latent military tradition.

Watch for the Germany Army to be raised high in the esteem of Germans, as trust in politicians and the government plummets. And watch for the arms industry to become increasingly important for Germany’s economy and foreign policy.

These events are fundamentally changing society’s relationship with the army. This relationship is what you should watch most of all. The same military that planned two world wars will soon once again play a bigger role in German society.