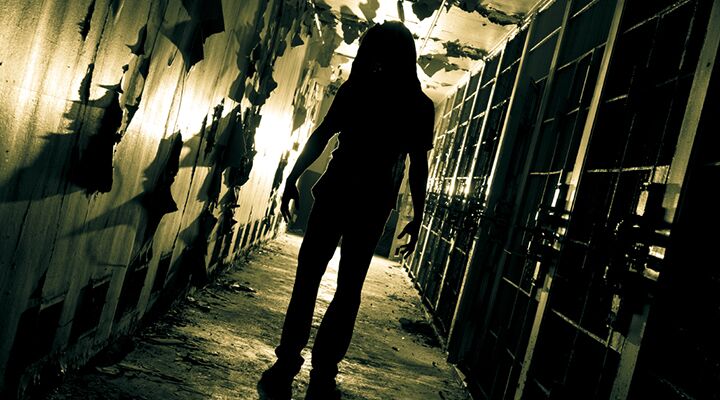 Do you recognize demon possession when you see it?

From the August 2012 Trumpet Print Edition

What possesses a human being to do something so ghoulish, so barbaric—so inhuman? The recent spate of bizarre cannibalistic crimes sounds like a script from a shock B-grade horror film—but it’s actually happening.

A homosexual pornographic actor in Canada apparently taped himself hacking his partner to death and eating him, then mailed his victim’s dismembered feet and hands to the nation’s main political parties. A naked Miami man ate almost the entire face off a homeless person. A Louisiana man was working in his yard when a stranger came and bit off a chunk of his face. A college student in Maryland carved up his roommate with a knife and devoured his heart and part of his brain.

The mind reels. And all this happened within a couple weeks at the end of spring.

Much media coverage centered on a potent drug known as “bath salts” that a couple of these attackers might have taken. Its ingredients are now banned. Okay, but are we really going to pretend that this combination of chemicals is the real cause of these horror stories? No drug turns people into crazed, violent beasts.

That’s right. Most people laugh or scoff or ignore it. But there is a spiritual dimension to these macabre events. Demons are very real, and they are very active in the world today.

Be honest: A drug does not make a man—whose girlfriend says was happy and with whom she “felt safe”—get out of his car in broad daylight, strip off his clothes, find a napping homeless man, savagely attack him and gnaw away at his face in full view of passing motorists and cyclists for nearly 20 minutes, then respond to multiple threats by police to shoot him by snarling at them incoherently.

However, a drug could weaken a mind enough to open the door to a demon. Subsequent inquiry found that this man hadn’t even used “bath salts.” The only drug in his system was “harmless” marijuana.

This kind of behavior is unmistakable evidence of the power of the spirit world, which has a very evil side.

The Canadian cannibal knew all about it. “There is such things as Monsters, Demons and Ghosts,” he wrote on his Facebook page. “They live inside of us, and sometimes they win.”

In this man—who, it was later discovered, appears to have committed other unspeakably grotesque murders in the past—they clearly did win. The macabre and violent nature of these acts is a measure of the demons’ extreme hatred for human beings—a hatred that has a remarkable explanation.

How much do you understand about evil spirits? Being ignorant means being vulnerable to these powerful beings.

Matthew 12:43-45 and many other passages reveal that demons crave to possess someone or some living thing. However, not all demonic activity is so obvious. Our world suffers from far more satanic influence than most people realize.

Read Revelation 12. It describes a stunning spiritual reality. It names the supreme evil spirit being as “the great dragon … that old serpent, called the Devil, and Satan, which deceiveth the whole world.” The whole world is cloaked in deception about this being. He often obscures his identity—even, at times, disguising himself as an angel of light (2 Corinthians 11:14).

Do you recognize evil spirit influence in the world around you? Popular culture today is saturated in it. Fascinated by and addicted to increasingly overt forms of evil and perversion, millions are soaking their minds in books, television, movies, music, video games and websites that are explicitly demonic. Demons are influencing and even possessing many of those who produce that entertainment. Yet we naively believe we can handle it.

Add to these influences mind-altering drugs; mental imbalances; loss of emotional control; accepted perversions; and open blasphemy and hostility to God. Our society is opening door after door to sinister spiritual influences, creating a playground for evil spirits to have their way.

You need to protect yourself from demons, which the Apostle Paul called “the rulers of the darkness of this world” (Ephesians 6:12). He instructed believers to “have no fellowship with unfruitful works of darkness, but rather reprove them” (Ephesians 5:11). Compromising with that world of darkness is far more dangerous than people realize.

That passage in Revelation 12 reveals the lightning-bolt truth: The violent ruler of the evil spirits, who at one time actually inhabited heaven, has been cast down: “he was cast out into the earth, and his angels [the demons] were cast out with him.” The devil and his countless demons are now roving the Earth, spreading their evil. “Woe to the inhabiters of the earth and of the sea!” the scripture warns: “for the devil is come down unto you, having great wrath, because he knoweth that he hath but a short time.”

This scripture prophesies of a period when bizarre, violent demonic activity will intensify because the devil’s resentment is growing worse. Resentment over what? That’s the inspiring hope in all of this. Demons are in a frenzy because time is so short before the Second Coming of Jesus Christ! At that time, He will lock up those evil spirits (see Revelation 19:11 through 20:10).

You are living in this intense time right now. Watch. Expect more of these horrifying headlines in the time ahead!