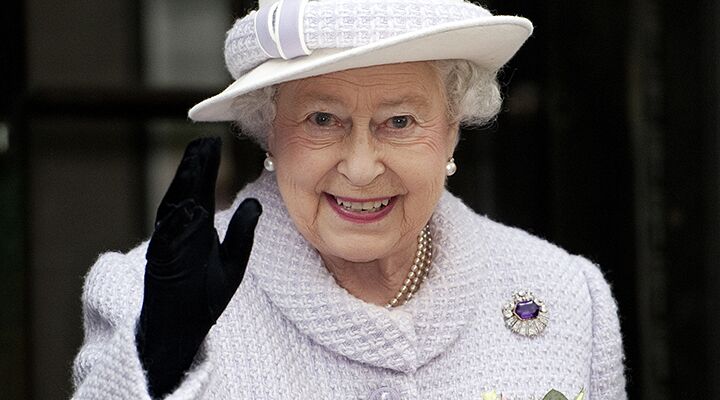 The spiritual reality behind Elizabeth II and her Diamond Jubilee.

From the August 2012 Trumpet Print Edition

One of the qualities I love the most about Britain’s royal family is its ability to inspire majestic hope.

If you have the time, go online and watch some YouTube clips of Queen Elizabeth ii’s Diamond Jubilee celebration. The four-day celebration of the Queen’s 60-year reign contained some deeply inspiring moments: the magnificent armada of boats on the Thames; the sea of Britons in red and blue, the fluttering Union Jacks filling the city streets; the fireworks; the guards (and others) dressed in elaborate, quintessentially English attire; the trumpets sounding through London’s cobbled lanes; the throngs of patriotic English shouting in unison, over and over: “God save the Queen.” It was all stirring.

But the real inspiration was in the way all the pomp and pageantry hinted at some deeper, larger, intangible reality.

There were moments when even Queen Elizabeth ii, an extraordinary, selfless lady worthy of respect and admiration, seemed more like a spectator—transfixed along with the masses on a larger reality—than the heroine at the center of it all.

I sensed it in the moment Queen Elizabeth graced the stage following the Diamond Jubilee concert. It wasn’t her words (she didn’t speak), nor was it the salutary words by Prince Charles. Rather, it was the sight of hundreds of thousands of British, with millions more watching from home, setting aside their disagreements, trials and tribulations, and joyfully, tearfully fixating for a fleeting moment on their queen. It was the picture of virtually an entire nation stopping what it was doing and singing, in splendid unity, with gusto and a spirit of patriotism many thought was dead, “God save the Queen! God save the Queen!”

When was the last time Britain experienced unity like that? No other person or institution in Britain could garner that kind of reaction.

To fully appreciate what I’m talking about, take a few moments to read 1 Kings 1. Here, King David, the famous king of Israel, is about to die. He orchestrates the coronation of his young son, Solomon, as his successor. The ceremony takes place beside the Gihon Spring, Jerusalem’s only water source and a symbol of God’s presence in Israel. Following young Solomon’s coronation, the people of Israel react with a magnificent display of loyalty and patriotism: “And they blew the trumpet; and all the peoples said, God save king Solomon” (verse 39).

For me, the most stirring moment of the Jubilee concert occurred as the Queen placed a large, symbolic diamond in a cradle to light the last of 4,250 beacons that had been lit around the world to honor her reign. At first, there was an awkward silence as the crowd noise dwindled. Then emerged the distinct, gripping introduction of the greatest coronation anthem ever composed. It started off quiet, but soon got louder, and louder, and louder. Finally, perfectly timed fireworks began to explode over Buckingham Palace just as the orchestra and the choir thundered the famous refrain, “Zadok the Priest, and Nathan the Prophet anointed Solomon King.”

I watched it a dozen times, and it brought a tear to my eye every time.

It wasn’t the music, the rapturous crowd, the fireworks. It was the words and vision. Composed by George Frideric Handel, this anthem has been sung at royal affairs ever since the coronation of King George ii in 1727. And where did Handel find those lyrics? 1 Kings 1. The Bible records King David relaying specific instructions about who God wanted to crown Solomon: “Take with you the servants of your lord, and cause Solomon my son to ride upon mine own mule, and bring him down to Gihon. And let Zadok the priest and Nathan the prophet anoint him there king over Israel” (verses 33-34). Shortly thereafter, “Zadok the priest [had] anointed Solomon” (verse 39).

It was as if the scene on that beautiful June night was plucked right from ancient Jerusalem!

During the Diamond Jubilee, the archbishop of Canterbury recalled Elizabeth’s coronation in June 1953. He remembered how the 27-year-old princess was “anointed by consecrated oil just as Old Testament kings had been ….“ That might seem odd. But return yet again to the coronation of Solomon beside the Gihon Spring. “And Zadok the priest took an horn of oil out of the tabernacle, and anointed Solomon. And they blew the trumpet; and all the people said, God save king Solomon.”

It’s pretty phenomenal, when you think about it. Britain unknowingly yet enthusiastically celebrated a scene that mirrored the coronation of King Solomon in ancient Jerusalem 3,000 years ago!

Is this coincidence? Or is Britain’s royal family descended from King David?

Consider the promise God made to King David in 2 Samuel 7: “[W]hen thy days be fulfilled, and thou shalt sleep with thy fathers, I will set up thy seed after thee, which shall proceed out of thy bowels, and I will establish his kingdom” (verse 12). God is talking about Solomon. “He shall build an house for my name, and I will stablish the throne of his kingdom for ever” (verse 13).

Have you ever noticed the durability of Britain’s monarchy? These verses explain it.

This is no minor biblical detail. God reiterated His promise in 2 Chronicles 13:5: “[T]he Lord God of Israel gave the kingdom over Israel to David for ever, even to him and to his sons by a covenant of salt.” Some translations read, “a perpetual covenant.”

God promised that, beginning with Solomon, David’s descendants would always rule as monarchs over Israel! Forever.

There is a reason why Queen Elizabeth’s coronation and her jubilee are filled with such rich and intriguing tradition and biblical symbolism. They are insights into the stunning royal heritage of Britain’s monarchy.

Ultimately, this is why grand, majestic events like the Diamond Jubilee and the wedding of Prince William and Kate Middleton are so inspiring and hope-filled. They put the spotlight on the throne of David. They recall the history-altering promise God made to David—and the spectacular vision of the future that the British royal family has the privilege of being a part of!

Perhaps you were moved by the Diamond Jubilee celebrations, or the royal wedding. Perhaps the royal pomp and pageantry and the jubilation of the British people made you wonder if there isn’t something more to this.

Don’t just wonder. Prove for yourself whether or not there is a higher dimension, a divine purpose that is much greater than—yet intrinsically embedded in—Britain’s royal family.