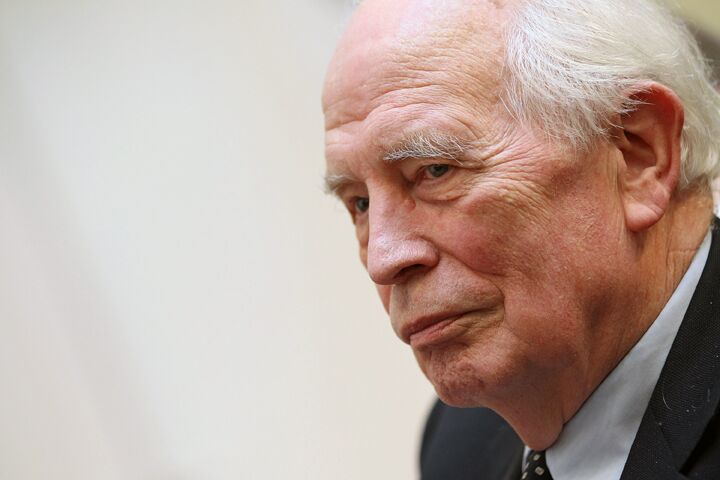 The pope’s choice for head of the Vatican bank could seal the power of Rome and Berlin over Europe’s economy.

We had a suspicion that something was afoot when Vatican banker Gotti Tedeschi was sacked. It took little time for Pope Benedict to publicize his preferred choice for Tedeschi’s replacement.

On Tuesday, the Vatican Insider reported under the headline “Ratzinger wants German head of Vatican bank” that the pope’s inside choice is none other than the former head of the Bundesbank, Hans Tietmeyer. The Insider stated in relation to Tedeschi’s replacement: “[I]n the Vatican the race for his job has already begun. Despite his age (81), Hans Tietmeyer, former leader of Bundesbank and current member of the Pontifical Academy of Social Sciences, is one step ahead of all the other possible candidates. He is the only one Benedict xvi really likes …. [N]o one is considered more suitable than Tietmeyer to manage the ‘pope’s strongbox’ now that Berlin rules Europe’s finances ….”

Should the pope succeed in having this German career banker appointed to oversee the Vatican’s finances, one more vital piece of the plan will fall into place for control of Europe’s economies by Rome and Berlin. As the Insider notes, the Vatican bank’s main partner is Deutsche Bank.

So, add up the bits that have been massaged into place to strengthen the power of the Rome/Berlin axis over Europe’s continental economy—the Jesuit-trained Mario Draghi heads the European Central Bank; the Jesuit-trained Mario Monti is prime minister of the national home of the Church of Rome and the domicile of the German Pope Benedict, Italy; the committed Roman Catholic German ex-banker of renown Hans Tietmeyer is frontrunner for the top Vatican bank post, with the powerful Deutsche Bank deeply embedded in the pope’s bank. What a club!

Surely one could hardly imagine a better array of influential representatives of Rome and Berlin qualified to exert power over the European Union in its current time of economic crisis and reconstruction.

To add flavor to the equation, Berlin has boldly asserted that it is prepared to bail out financially strapped EU nations in exchange for each indebted nation’s bullion hoard. That’s akin to Berlin/Rome buying out whole nations in one fell swoop!

To say that we told you so, 70 years ago, and have consistently forecast this outcome in Europe—directly according to Bible prophecy—to this day, will get scant notice. Nevertheless that is the reality.

Yet, who in this world, least of all its wayward Anglo-Saxon nations, is truly interested in reality—in the plain and simple truth on that which is suddenly, and most undeniably, there right before our eyes?!

Sooner or later, the whole globe is destined to feel the massive control of this entity that has built itself by stealth into the most significant economic and financial power bloc on Earth—the Berlin-Rome axis!

If you have the moral courage to face up to all this, and feel the need to know how to handle its effects, then read our eye-opening booklet Daniel Unlocks Revelation. It just may lead you, in the light of the above news, to admit that an aged servant of God—Herbert W. Armstrong—who prophesied it all way back in the 1930s, was right!

For further education on this subject, read our booklet He Was Right.