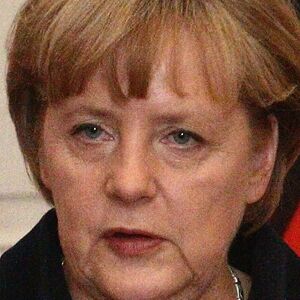 Sixty years of work by European elites to create a united Europe consummated recently in two events that bring the seventh and final resurrection of the Holy Roman Empire much closer to being a current-day reality.

First, the “Berlin Group,” a fringe EU group of nations formed out of a German idea promoting the regular meeting of foreign ministers of the European Union’s leading economies (excluding Britain), recently launched the idea of creating the office of a European supremo.

They have recommended that a powerful new presidency be created within the EU—a super-president—a veritable “Charlemagne” having power over all EU institutions.

Shortly after the “Berlin Group” came out with that startling recommendation, Germany’s Chancellor Angela Merkel, anticipating the now current demise of France’s President Nicolas Sarkozy—whose candidacy she endorsed in France’s national elections—turned to Italy’s Prime Minister Mario Monti to forge a new alliance in the leadership of the EU. Berlin and Rome will now dominate EU policy decisions from here on.

These are game changers in Europe, the effects of which will soon be felt worldwide. The balance of power is changing in Europe, and the fallout will have prophesied global effects of massive proportions!

Since the European Community’s inception, joint Franco-German leadership has been taken as a given. France wanted to keep a close eye on Germany to ensure that nation would never repeat its incursions across France’s borders such as had occurred in 1871, 1914 and 1939. The postwar French view was that Germany was slated to take on the role of the economic engine of Europe, while being marginalized from direct political influence. France was to take the lead European political role. It seemed an ideal arrangement to the Western allies.

Things continued in that preordained manner till two major disruptions began to fracture this arrangement.

The first was the implosion of the Soviet Union, which had two effects: the reunification of Germany in 1990, and the resurgence of Roman Catholicism in post-Communism Eastern Europe.

The second disruption occurred when economic crisis struck Europe in 2008. All of a sudden, Germany, by far Europe’s most powerful economy, found a political voice to match its economic weight.

Using the economic crisis as the catalyst, Germany started to call the tune Europe-wide. This it has done to its own mighty advantage by promulgating policies that are leaving EU nations largely subject to diktats from Germany’s political power base in Berlin and its financial base at the European Central Bank (ecb) in Frankfurt.

A third catalyst now works to change the whole balance of power in Europe: the failure of Nicolas Sarkozy to gain reelection in the French presidential elections over the weekend. This will prove to be a watershed event in not only Franco-German relations, but in Berlin’s political relationship with the EU.

Gone is the lynchpin partnership that held the EU together since the Treaty of Rome established the European Community in 1957. The German chancellor has quickly moved to align herself with Rome through her overtures to Italy’s Prime Minister Monti as a replacement for her old EU political partner Nicolas Sarkozy.

In place of the Franco-German alliance as of this moment is a new partnership. In reality it is none other than the resurrection of the old Berlin-Rome Axis of 1939.

To think of that old Axis being resurrected—given its historically destructive consequences of just 70 years ago—is a fearful thing indeed!

Yet this is the reality. And it was all prophesied in your Bible millennia ago!

Back in 1954, Herbert Armstrong declared: “Nothing can prevent Germany from completely dominating Europe. Soon there will be the prophesied United Europe—the resurrected Roman Empire—with Germans in complete domination. It’s prophesied! It is hurling on toward the destruction of America and Britain” (co-worker letter, Sept. 18, 1954).

Three years later he wrote: “No one else is telling what prophecy says Germany and fascism in Europe are starting under cover. You’ll soon see it—the United States of Europe—the resurrected Roman Empire!!” (ibid, Nov. 20, 1957).

Herbert Armstrong was the lone voice crying out in a wilderness of confusion and declaring to the world the sure prophecies of God! Declaring decades ago that a final resurrection of the old Holy Roman Empire would arise to powerfully disrupt the world again!

One year later, in the January 1979 Plain Truth magazine, he published an article declaring emphatically:

I have been proclaiming and writing, ever since 1935, that the final one of the seven eras of the Holy Roman Empire is coming in our generation—a “United States of Europe,” combining 10 nations or groups of nations in Europe—with a union of church and state!The nations of Europe have been striving to become reunited. They desire a common currency, a single combined military force, a single united government. They have made a start in the Common Market. They are now working toward a common currency. Yet, on a purely political basis, they have been totally unable to unite.In only one way can this resurrected Holy Roman Empire be brought to fruition—by the “good offices” of the Vatican, uniting church and state once again, with the Vatican astride and ruling (Revelation 17:1-5).

That prophesied union of church and state could not effectively emerge till the Franco-German bloc was broken and a new balance of power established in Europe—a Berlin-Rome axis! Just such an axis emerged recently with Chancellor Merkel’s capitulation to Rome’s behest on her policy regarding the handling of Europe’s economic crisis.

Italian Prime Minister Mario Monti and European Central Bank head Mario Draghi are of the same Jesuit mind in their approach to the crisis. Merkel’s joining forces with them places the control of the EU’s purse strings—plus the influence of Europe’s dominant political power, Germany—directly under Rome’s influence.

To adapt a famous statement of Winston Churchill’s to the fulfillment of the prophesied resurrection of the Holy Roman Empire, this newly forming Berlin-Rome axis is not the end-fulfillment of the great prophecies relating to this event, but it has every indication of being “the end of the beginning”!

Chancellor Merkel has lost significant face with the demise of her endorsed candidate for France’s presidential elections. Her Christian Democratic Union/Federal Democratic Party coalition continues to lose power at state and parliamentary levels in ongoing state elections in Germany. As per the trend over the past year, her coalition lost further ground in the weekend elections in the state of Schleswig-Holstein.

With the Rome-Berlin axis now in place, with a Bavarian pope at the helm in the Vatican engaged in a great crusade of “new evangelization,” with Rome’s men at the head of both the ecb and the Vatican’s home base nation, Italy, all that remains to complete the prophetic picture in Europe is for the new “Charlemagne” to arise and pull together the final prophesied 10-nation combine under the “super-president” office as proposed by the Berlin Group.

Is this indeed the formula that will catalyze the ultimate fulfillment of some of the most powerful Bible prophecies for our time?

Those prophecies foretell of great devastation to be brought upon the Anglo-Saxon nations in the wake of this seventh and final resurrection of the Holy Roman Empire!

These most recent dynamic events in Europe indicate more than ever that, even as Jesus Christ declared of these times we are living through, it’s time to “Watch ye therefore, and pray always, that ye may be accounted worthy to escape all these things that shall come to pass, and to stand before the Son of man” (Luke 21:36).