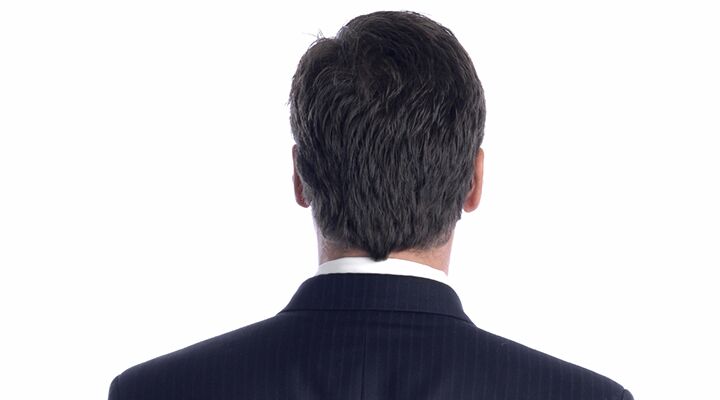 Conditions on the Continent are ripe for the rise of a dictator.

Europe—homeland of Justinian, of Charlemagne, of Napoleon, stomping grounds of many of history’s most fearsome rulers—is suffering a crisis of leadership.

It’s not for lack of government. The place is crawling with bureaucrats. But Europeans, swaddled in red tape, are like children in an orphanage: nannies everywhere—but oh, how they need a father.

This quandary has been intensifying for years. In the 1970s, Henry Kissinger famously asked, “If I want to call Europe, who do I call?” The question has only gotten more puzzling since. Is it Herman Van Rompuy, president of the European Council? Or José Manuel Barroso, EU Commission president? Is it the president of the European Parliament, or maybe the president of the Council of the EU, which changes every six months? Perhaps the High Representative of the Union for Foreign Affairs and Security Policy? Or a president of one of the 27 EU nations? You’re liable to get different answers from all of them.

That’s a huge problem—especially considering the existential threats Europe faces. Economic crisis could unravel the entire unification project. National governments are toppling almost monthly. The French-German alliance at the core of the EU is suddenly in tatters. Then there is the aggressive incursion of Muslims within Europe’s population—looming resource shortages and turf war with Asia—America’s shrinking leadership as global instability grows.

No EU leader on the scene can lead the way out of these problems. And Europeans know it.

Watch this vacuum. Something fierce is about to fill it.

You can feel it building. The Trumpet has run a few reports on these recent mysterious meetings aimed at creating a European “super-president.” EU foreign ministers see the Continent needs a strongman. So they’re considering merging Van Rompuy’s office with Barroso’s, thus decisively answering the Kissinger question.

Who knows whether or not this specific plan will succeed—but you can see the direction these guys are thinking. The notion of a powerful, unelected magnate hums with grand historical associations—and for some, that’s the scariest part. As Britain’s Euroskeptic Express wrote last Friday, “Opponents fear the plan could create a modern-day equivalent of the European emperor envisaged by Napoleon Bonaparte or a return to the Holy Roman Empire of Charlemagne that dominated Europe in the Dark Ages.”

What makes this so extraordinary is how precisely it aligns with a specific forecast that has consistently appeared in this magazine and in its forerunner for nearly eight decades. It regards a biblical prophecy of the emergence of a charismatic and extraordinarily powerful leader who is destined to seize control of Europe.

Herbert W. Armstrong spoke of this prophecy for decades. In fact, in the very first edition of the Plain Truth newsmagazine—which he founded in February 1934 and which grew to enjoy an international circulation of 8.4 million by the 1980s—he headlined this very subject: “Is a World Dictator About to Appear?” (Read the chapter by that title in our booklet He Was Right!)

Even after Hitler came and went, and most believed the threat from Germany was buried, Mr. Armstrong continued to draw people’s attention to this inerrant biblical pronouncement. “Germany inevitably would emerge as the leader of a united Europe,” he wrote in the November-December 1954 Plain Truth edition—a statement that most people only ridiculed. “All Europe is actually ready—just waiting for the confidence-inspiring leader—an international all-European Hitler, and it is on the way. That man is there somewhere.”

Again in May 1969 he blasted, “The world appears bereft of ‘great men.’ But a world-recognized ‘strong man’ in all probability will now very soon appear. … There will be 10, ruling 10 nations or groups of nations in the area of the once-great Holy Roman Empire. But there will be one super-king over the 10.”

The Trumpet has continued to proclaim the advance news of this coming dictator. “Soon, Germany will be ruled by a man more cunning and deceitful than Adolf Hitler,” Gerald Flurry wrote in Nahum—An End-Time Prophecy for Germany (request a free copy).

This demagogue is described in several prophecies. Read Mr. Flurry’s gripping and comprehensive article that explains a number of them, called “The European Union’s Fatal Flaw.” Passages in Habakkuk, Isaiah, Daniel and elsewhere provide startling detail about this individual: about his personality (deceptive, smooth but contemptible), his religion, how he will come to power (unexpectedly, and not by election but by “flatteries”), how he will actually be resisted by the royalty of the Holy Roman Empire and yet prevail, how his thinking will turn more sinister once he gains office, how he will in one sense hijack a united Europe, and in another, restore Europe to its historic greatness.

Biblical prophecy explicitly describes the spiritual dimension to these events, which will radically affect the outcome. It will take the Continent in a direction that will shock people the world over and strike fear and dread in men’s hearts like nothing ever in history!

This prophecy is one of the most important you could watch for in today’s news.

Leaderless, rudderless Europe is at a crossroads. Many observers are comparing the current malaise with conditions in the 1930s—economically depressed, weighed down with inept bureaucracy, the people like orphans yearning for something of a father. This setting proved to be the void into which strode a ruler cast in the mold of history’s most fearsome: a brilliant, passionate and terrible dictator that beguiled a nation and engineered the bloodiest war in human history.

The Bible tells us, without a doubt, that history is repeating itself. Europe’s present crisis of leadership is going to explode into a war for world rule.