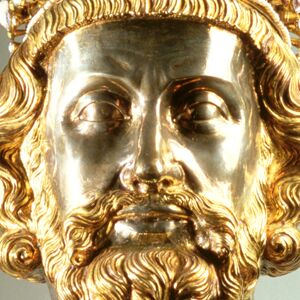 Germany and a great church are working to restore the tradition of Charlemagne.

[CORRECTION: A reference in this article to a document by President Franklin Roosevelt and Prime Minister Winston Churchill to “destroy German militarism and Nazism” said it was signed after the Allies defeated Germany in World War ii. In fact, they signed that document in February 1945 at the Yalta Conference. The error has been corrected.]

As I write this article, Germany is just weeks from electing a new chancellor. That election and events to unfold from it are going to bring devastating consequences to this world. A dangerous political structure has been built in the European Union, and it’s about to get a lot worse. History thunders its strongest warning ever! It’s time that people understood that history.

But there is a lot more than history involved in understanding European politics.

What is happening in the European superstate is a mystery to most of the world. But that mystery is beginning to be removed.

Bernard Connolly wrote a bombshell book in 1995 titled The Rotten Heart of Europe. For years he served at the heart of the Exchange Rate Mechanism for the European Union. He headed the commission unit responsible for monitoring and servicing the system. He labels the European superstate as rotten. Since he had a vital job on the inside, his comments deserve our attention.

The Spirit of Charlemagne

“It is the battle for control of the European superstate,” Mr. Connolly wrote, “in which French technocrats confront German federalists, both sides claiming to fight under the banner of Charlemagne. The ‘collateral damage’ from this battle lies mainly in the future, but it could be ghastly” (emphasis mine throughout).

“It could be ghastly.” That is an understatement!

Who will get control of this great superstate? And just how ghastly is it going to be? The battle can be narrowed down to two nations—France and Germany. Do knowledgeable people really doubt who has already won this battle? The nation that controls the money will reign supreme. Of course, that has already proven to be Germany.

The EU system has already been called a Trojan horse. Mr. Connolly says it is a “cloak for German ambitions.”

Just what are those ambitions? And why should every person on Earth be deeply concerned?

Otto von Habsburg was one of the key figures in creating the European Union. He had this to say about that union: “The [European] Community is living largely by the heritage of the Holy Roman Empire, though the great majority of the people who live by it don’t know by what heritage they live.”

Twenty-seven countries are members of the EU today. Most of them don’t know that they are “living largely by the heritage of the Holy Roman Empire.” It is a mystery to them.

According to Bible prophecy, the number of member nations or groups of nations will be reduced to 10 rulers. There are simply too many nations in the EU now for the Union to be ruled in the spirit of Charlemagne. Only after it has been severely reduced in member countries can the Holy Roman Empire function as it has in its extremely bloody past.

Mr. Habsburg also said, “We possess a European symbol which belongs to all nations of Europe equally; this is the crown of the Holy Roman Empire, which embodies the tradition of Charlemagne.”

Just what is “the tradition of Charlemagne”? It is far from what most people think it is—even Europeans!

The Franks were the first barbaric tribe to embrace Catholicism, but it was for political gain, not religious reasons. Mostly of Germanic origin, the Franks used the Catholic Church to support their expansionist policies, while the church relied on Frankish rulers for protection. It was a union based on politics alone.

The Frankish kingdom reached the pinnacle of its power during the rule of Charlemagne (Charles the Great). Before Charlemagne’s emergence as world ruler, the political scene in Europe was greatly divided. Germany was sliced into many different tribes. Much of Italy was occupied by the Lombards. Byzantium was recognized as the successor to the eastern region of the old Roman Empire. Charlemagne, in conjunction with the papal throne, eventually changed all that—but not without much bloodshed.

Historians call his rule the First Reich—even though Charlemagne was the second ruler of the Holy Roman Empire. Adolf Hitler’s rule became known as the Third Reich.

Charlemagne felt it his duty to defend the church. In 774, at the request of Pope Leo iii, he entered northern Italy and conquered the Lombard kingdom, uniting Italy for the first time in centuries. In 799, he again came to the aid of the pope, who was assaulted, brutally beaten, and thrown into prison by a band of conspirators. With the military backing of Charles and his Frankish troops, the pope was exonerated of all wrongdoing and reinstated to his ecclesiastic office.

The following year, in Rome, while Charlemagne was kneeling in prayer during a Christmas celebration inside old St. Peter’s Church, the pope placed a crown upon his head, pronouncing him “the 73rd emperor of the fourth world empire.”

At this point, we should note that throughout the Middle Ages, many scholars, theologians, even popes, knew the Roman Empire was the fourth world-ruling kingdom. Many of them even identified this fourth kingdom with the one Daniel spoke of in his prophecy (see Daniel 2:37-43). That’s why Europeans and Catholics kept trying to revive the empire! The Bible said there would only be four such empires. However, the fourth empire would have 10 resurrections, according to Bible prophecy. The last seven of those resurrections would be called Holy Roman Empires, because they were ruled by church and state.

As king of the Franks, Charlemagne was able to subjugate every single German tribe but one: the Saxons. The Saxons clung to their own faith and refused, even on pain of death, to submit to Roman Catholicism. Charlemagne determined to force his brand of Christianity on them with the sword. For years the Saxons obstinately resisted. At one point, out of sheer frustration, Charlemagne executed 4,500 Saxon prisoners. This barbarous act angered the Saxons even more.

It took 30 years for Charles to completely extinguish the “Saxon” problem, but not before multiple thousands had been executed for their religious beliefs. After more than 18 conquests against the Saxons, Charles finally prevailed. In the end, Saxons either subjected themselves to the rule of Charles, or their defiance ended in death.

The Holy Roman Empire has never been democratic. It could never be. Even Pope Pius xii said the church had twin enemies: the democracies and communism. He was pope at the peak of Communist power.

As emperor of the “Holy” Roman Empire, Charles felt it his duty to spread the Christian faith using whatever means necessary. The New Encyclopedia Britannica says, “The violent methods by which this missionary task was carried out had been unknown to the earlier Middle Ages, and the sanguinary [bloody] punishment meted out to those who broke canon law or continued to engage in pagan practices called forth criticism in Charles’ own circle” (“Charlemagne, Emperor”).

The violence Charlemagne used to enforce the Catholic religion on his subjects was simply unknown in earlier empires! He forced his brand of Christianity on everyone. His empire may have had distinct ties to the ancient Romans, but it was certainly not “holy”—even if there was a great church guiding it.

And yet, for centuries to come, the aim of succeeding emperors was to restore the traditions of Charlemagne in their quest to revive the Roman Empire!

Even today, Germany and a great church are working to restore the tradition of Charlemagne. They have almost completed the structure. Still, it is a mystery to most of the world’s inhabitants.

Let the world beware! That power structure is ready to burst on the world scene—again!

It will all be done in the spirit of Charlemagne. Most people won’t awaken out of their stupor until it’s too late!

Charlemagne’s empire, one of the greatest ever to rule in Europe, did not even outlive his son and successor. After it dissolved, the peoples on the western side of his empire eventually became known as French. The German-speaking peoples between the Rhine and the Slavs in the east developed into Germany. The fact that he ruled over both peoples is why some dispute the national heritage of Charlemagne.

Hitler and the Crown Jewels

Look again at what Otto von Habsburg said about the crown jewels: “We possess a European symbol which belongs to all nations of Europe equally; this is the crown of the Holy Roman Empire, which embodies the tradition of Charlemagne.”

Adolf Hitler was the leader of the sixth Holy Roman Empire. He knew all about the crown of Charlemagne and the crown jewels.

In 1938, at a rally in Nuremberg, “Hitler had brought from Vienna, after 140 years, the insignia of the First Reich [Charlemagne]—the imperial crown, the orb of empire, the scepter and the imperial sword. At the presentation of these symbols of imperialism he solemnly vowed that they would remain in Nuremberg forever” (John Toland, Adolf Hitler).

Hitler ruled the Third Reich. He knew the crown jewels would be a powerful symbol of Charlemagne’s First Reich.

Hitler came in the tradition of Charlemagne! He, like Charlemagne, savagely and brutally destroyed people as no empire before him!

The next leader of the Holy Roman Empire is going to commit the most monstrous crimes ever against humanity. It’s all going to be done in the tradition of Charlemagne! It’s time for this world to wake up to what is happening in Europe!

Many scoffed at what Margaret Thatcher said in 1995: “You have not anchored Germany to Europe; you have anchored Europe to a newly dominant, unified Germany. In the end, my friends, you’ll find it will not work.”

Mrs. Thatcher knew it would have a bad ending. She knew it “could be ghastly,” as Bernard Connolly said. It will be ghastlier than you can even imagine!

We have forgotten our own recent history. Hitler started World War ii. About 50 million people were killed.

At the conclusion of the Yalta Conference in February 1945, Prime Minister Winston Churchill and President Franklin Roosevelt signed a document to prevent Germany from ever coming in the tradition of Charlemagne again. They said, “It is our inflexible purpose to destroy German militarism and Nazism and to ensure Germany will never again be able to disturb the peace of the world.”

Germany started both world wars. It has a history of starting wars. Churchill and Roosevelt understood Germany’s history of warfare. But America and Britain have forgotten that history today. That lapse of memory will be the costliest ever for both nations. (Request our free booklet Germany and the Holy Roman Empire.)

Germany is about to start World War iii—according to your Bible. It will be the deadliest war ever on Earth. Thankfully, the seventh and last head of the Holy Roman Empire will usher in the coming of the Messiah. No nation will ever again be ruled in the tradition of Charlemagne.