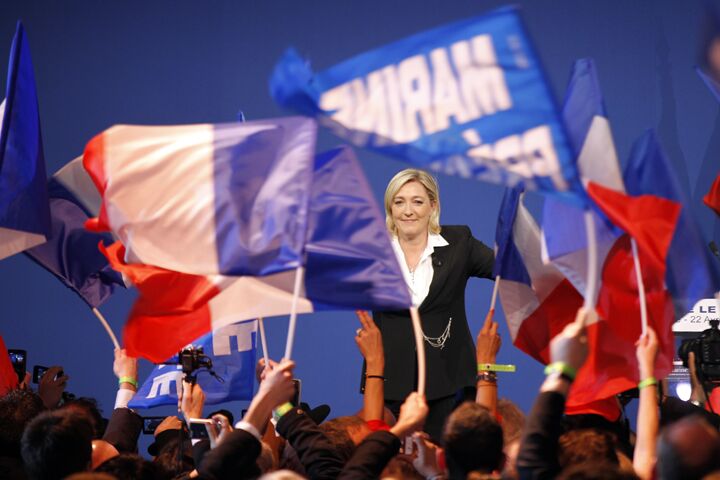 The far right shocks the world in France. A leading German politician says Islam ‘does not belong in Germany.’ Views that were once considered extreme are the new normal in Europe.

Anti-immigration and anti-Islam policies are now mainstream in Europe. A few years ago, they came only from fringe groups. The Party for Freedom (pvv) in the Netherlands, Jobbik in Hungary and Future of Austria (bzö), for example, shocked politicians across the Continent, coming from nowhere, while more established parties languished.

It was a radical shift in European politics. But since then, Europe has gone through another shift, even more radical.

The Trumpet covered the rise of these fringe groups in August 2010. In October that year, German Chancellor Angela Merkel proclaimed that multiculturalism had “utterly failed.” In February the next year, French President Nicolas Sarkozy and British Prime Minister David Cameron followed suit. Worried by the rise of the far right, Europe’s mainstream parties began to move into its turf.

Despite this shift to the right, the fringe groups are still popular. So popular that “formerly fringe” would perhaps be a better way to describe them. In the first round of France’s presidential elections, the National Front’s Marine Le Pen won a record 18 percent of the vote. “We have blown apart the monopoly of the two parties of banking, finance and multinationals,” said Le Pen. “Nothing will ever be the same.”

Her success came after campaigning against the European Union and immigration. She blamed the EU for forcing France to let in far more immigrants than it could handle, demanding that the nation cut its annual immigration from 200,000 to 10,000.

Le Pen says she is fighting the “Islamization” of France. Muslims, she warns “are advancing in the neighborhoods. They are putting pressure on the population. They are recruiting young boys” to fight for Islam.

Meanwhile, on April 23, Geert Wilders’s Party for Freedom (pvv) toppled the government of the Netherlands. Wilders rose to fame by opposing Islam, but it was his opposition to the EU that triggered his latest actions. Dutch Prime Minister Mark Rutte offered to resign after Wilders’s party said it no longer supported budget cuts that were, for the most part, demanded by the EU. “We will not accept having our people bleed at the hands of bureaucrats in Brussels,” he said.

Last election it won 15.5 percent of the vote. A recent poll suggests that this support has remained steady. The pvv is on target to remain the Netherlands’ third-largest party, giving it considerable say in the government.

With the fringe groups still strong, mainstream parties are moving further and further to the right to try to capture its voters. Last week, the leader of Chancellor Merkel’s Christian Democratic Union in parliament, Volker Kauder, said that “Islam is not part of our tradition and identity in Germany and so does not belong in Germany.” He added, “But Muslims do belong in Germany. As state citizens, of course, they enjoy their full rights.”

In the past, that kind of rhetoric would have come only from someone like Wilders or Le Pen, not a leading member of Germany’s ruling party.

Some of Germany’s Muslims almost seem to be trying to provoke a clash. An ultraconservative Salafist group, The True Religion, sparked Kauder’s comments by starting a campaign to put a Koran in every home in Germany, Austria and Switzerland. According to Die Welt, the group’s leader, Ibrahim Abou Nagie, is considered a dangerous preacher by Germany’s intelligence service.

As Sarkozy fights to keep his job, he too has been shifting his rhetoric to the right. Early on in the campaign, he copied Le Pen by speaking out against Islam and immigration. After Merah’s shootings, he quickly deported several radical Muslims. Unlike in Britain, these radical clerics were swiftly sent home, without a chance to appeal to the European Court of Human Rights or claim their right to family life was being violated.

Now he could shift further to the right. After coming second to the Socialist Party’s Francois Hollande, the top two contenders go head to head in a second round of voting for France’s presidency. Sarkozy will try to convince the 18 percent of voters that chose Le Pen in the first round to vote for him in the second.

“National Front voters must be respected,” he said after the first round of voting. “They voiced their view. It was a vote of suffering, a crisis vote. Why insult them? I have heard Mr. Hollande criticizing them.”

Perhaps one of the fastest transitions from extreme to mainstream comes from Europe’s debate over open borders. In February, Geert Wilders launched a website for the Dutch to report unpleasant behavior by immigrants. There was an immediate outcry from across Europe. Ambassadors from 10 Eastern European countries signed an open letter to Dutch party leaders complaining about the website. But Prime Minister Mark Rutte did not criticize the site.

Open borders and the free movement of people are key parts of the EU’s integration. The website, and Rutte’s silence, was held up as proof that “Something’s gone wrong in Tulip Land”—as one newspaper proclaimed.

Just a few months later, Wilders’s position is mainstream. Last week, the French and German interior ministers published a joint letter calling for “the possibility of reestablishing internal border controls.” Germany and France may bring the issue up at a meeting on April 26. Wilders was vilified by the left for this belief. Now it is official government policy of the EU’s two most influential countries.

Part of the reason for this sudden immigrant bashing is that politicians are trying to blame immigrants for their countries’ economic troubles. This means it will only get worse, as the eurozone’s economic crisis worsens.

As Europe’s economy collapsed in the 1930s, politicians blamed Communist agitators and Jews. This time, it’s Anglo-Saxon bankers and immigrants.

The EU itself is bound to get a lot more involved in blaming immigrants. At the moment, people like Le Pen and Wilders are also pointing the finger at Brussels, both as the cause of the financial crisis and for causing mass immigration. In order to deflect this blame, we can expect the EU itself to jump on the anti-Islam and anti-immigration bandwagon.

Of course, Muslims and immigrants have caused genuine problems. The Trumpet isn’t taking sides or criticizing any of these groups. We’re simply pointing out the trend, and the massive impact it will have on the future direction of Europe.

The anger against these groups is mild compared to what is to come. Before it’s all over, much of Europe will look like Greece. Mass riots will force EU nations to clamor for a German solution.

What is now extant in Europe is sowing the seeds of a much greater anti-Islamic outburst. Times are still pretty good, so the hatred is restrained. But once the chips are really down, a brand new Europe seething with hatred will emerge. These trends prove that the hatred is there. Europe’s relative prosperity simply hides it.

Europe is heading for a massive clash with Islam. There will be mass deportations and even concentration camps. But for now, that hatred is simmering below the surface.