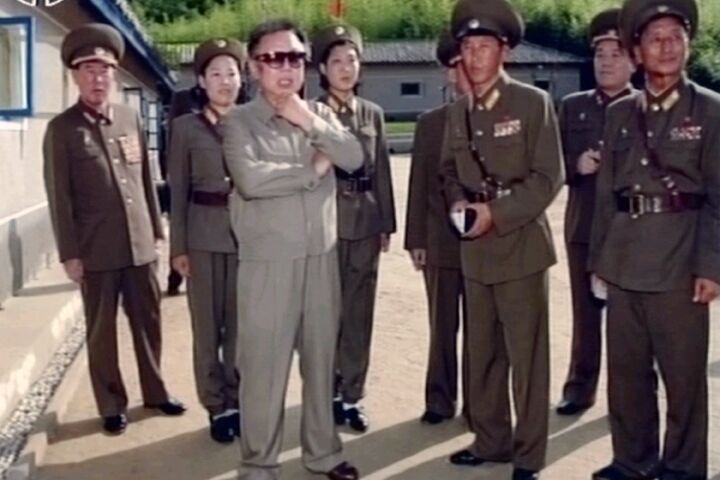 The intensifying menace reveals a lot about the U.S. and China.

Remember North Korea, the angry, little rogue nation nestled inside of the protective armpit of China? Although news of Pyongyang’s belligerency has not filled the headlines as much in recent months, the North Korean menace has far from passed and provides sobering indications about the direction of both the United States and China.

North Korea “may be more dangerous than ever,” according to Mark Fitzpatrick, director of the Non-Proliferation and Disarmament Program International Institute for Strategic Studies. Writing for the Telegraph on June 21, Fitzpatrick said, “Even though long economic slide and inferiority in conventional weapons technology make an invasion of South Korea less credible than in the past, Pyongyang can—and does—inflict harm in many other ways.”

Among the most threatening of the ways Pyongyang can “inflict harm” is in the proliferation of nuclear weapons technology. After years of the usual claims of enriching uranium only for peaceful nuclear energy programs, North Korea finally dropped the charade last winter and announced that all of its plutonium research would be integrated into its weapons development programs.

Not only has North Korea developed almost the full spectrum of weapons of mass destruction, but it has also shown itself eager to sell them to anyone willing to write a check to “Supreme Leader” Kim Jong-il. The Kim regime wants cash, not to feed North Korea’s starving people, but to buy the Armani suits and Rolexes for the few elites connected to the rulers of the nation. South Korea’s Herald reported on July 20 that the North’s ruling elites have taken up the habit of having McDonald’s hamburgers flown in daily from China through North Korea’s national airline.

To finance such corruption, North Korea has already helped Syria and Libya with their nuclear weapons programs, and it may soon do the same with Iran and Myanmar. Pyongyang has already made illegal transfers of long-range-missile know-how to Iran, Myanmar and Venezuela. Military equipment is North Korea’s only real export, and it is completely indiscriminate in selecting who it will sell to.

Writing for the New York Post on July 21, Benny Avni said, “Isolated and corrupt, North Korea produces nothing other than military hardware. Whenever it needs cash, it flashes shiny military toys in front of anyone who’ll pay—from rogue nations to plain rogues.”

Pyongyang is also learning to tap into the power of cyberattacks. South Korean military and civilian computers were recently infiltrated, and Seoul says the breaches originated in North Korea. So far, South Korea is the only nation North Korean hackers are known to have targeted, but as North Korea’s cyber ability expands, so will the list of enemy nations it can reach.

North Korea is also known to engage in a vast array of state-sponsored criminal activities, including drug trafficking, foreign currency counterfeiting, and kidnapping of foreign nationals.

“This criminality and the refugee flows, human trafficking and other complications arising from the regime’s systematic mistreatment of its own people pose additional security challenges for North Korea’s neighbors and the wider international community,” Fitzpatrick said.

Its record of human rights violations and other crime reveals the corrupt mentality of the North Korean regime.

Passing the Baton Exacerbates the Danger

As his health is deteriorating, Kim Jong-il has already begun to hand the reins of leadership along to his son Kim Jong-un. This dynastic succession, and the uncertainties that come with it, increase the likelihood of internal conflict in North Korea.

In addition to a lack of experience, Kim Jong-un is contending with the problematic role of North Korea’s military in the nation’s politics, an increasingly delicate power base, and great political constraints on the country’s economic reform.

Fitzpatrick said the succession of power “could make North Korea an even more dangerous nation, more inclined to engage in further military provocations, to cling to its weapons of mass destruction and to offer them for sale.”

Who Will Take Action?

So far, the regional powers only watch as the Korean threats intensify.

Japan is hamstrung by a leadership void and is still recovering from the March 11 earthquake, tsunami and subsequent nuclear crisis. South Korea’s desire for a free-trade treaty makes it reluctant to confront its nefarious neighbor to the north. And China, for its part, is the primary force enabling the Kim regime.

But how is the “global policeman” dealing with this intensifying threat?

Avni said the United States, bogged down in military commitments and sustained economic disease, has relegated the North Korean problem to the “back burner.” “The more menacing North Korea becomes, the smaller its blip appears on our policy radar,” he wrote.

Later this week, Washington is hosting a meeting with North Korea’s vice foreign minister, which could set the stage for a resumption of the six-party talks that have been stalled for more than two years. But even if these talks are resumed, they will not neutralize the North Korean threat.

The U.S.’s willingness to participate in the meeting is just the latest item of news revealing Washington’s willingness to bend over backward to try to engage North Korea diplomatically. Time and again, Washington accepts Pyongyang’s invitations to try to resolve problems with negotiations, and then gives the Kim regime security guarantees and humanitarian aid. And time and again, Pyongyang makes no real concessions in return. During the eight years since the six-party talks were first launched, the only thing they have accomplished is the creation of a more dangerous and more lethally-equipped North Korea.

As North Korea becomes more unstable, some analysts think it could instigate further conflicts with South Korea, even though Pyongyang knows that further aggression against the South could provoke military retaliation. Fitzpatrick wrote this about such a possibility:

North Korea’s two lethal attacks in 2010 on a South Korean warship and a populated island were … a dangerous and perhaps desperate escalation of brinkmanship. If Pyongyang tries it again, it would be politically all but impossible for any [South Korean] president not to retaliate forcibly. North Korea may then up the ante, thinking that it has “escalation dominance” because it has less to lose: no stock market, little foreign investment and dilapidated real estate.

The outbreak of a major conflict on the Korean peninsula is the last thing America wants. Since the U.S. is committed to protecting South Korea, and has troops stationed across the border between the two sides, such a scenario could draw America into yet another cumbersome military conflict, further stretching its already depleted resources, and heaping more contempt from the rest of the world on top of the already enormous mountain.

Another possible outcome, say some analysts, is that North Korea might strengthen its relationship with China. “If it is a matter of regime survival the Kims are in no position to resist Chinese patronage. There is no need and no chance that China would in any way formally annex or occupy [North Korea]. But a client state is another matter,” Fitzpatrick wrote.

Whatever happens, it appears North Korea is becoming more unstable and confrontational and that the possibility of some sort of military crisis is growing. This does not bode well for the United States, whose military is already overstretched and over-worked, and whose government is in no condition to handle another major foreign-policy crisis.

Chances are, if another crisis does break out on the Korean peninsula, America’s response will be weak. This is because dealing with North Korea in a meaningful way would require confronting its patron to the west: China.

China is Pyongyang’s only formal military ally, and it supplies North Korea with around 90 percent of its oil on easy terms or even free of charge. Beijing’s protection is the only force keeping the regime afloat. Writing for Forbes, author Gordon Chang said, “If it weren’t for the Chinese, there would be no North Korean missile program, no North Korean nuclear program and no North Korea.”

In the August 2009 issue of the Trumpet, columnist Brad Macdonald explained the core reasons why China goes to so much trouble to keep rogue North Korea alive:

China’s leaders support Kim Jong Il’s regime because a rogue North Korea serves China’s ambitions, both within the region and in the global arena! First, the existence of an unpredictable, highly volatile nuclear aspirant is a distraction to China’s competitors in the region. … But the ultimate and most worrying reason Beijing sustains North Korea is that Kim Jong Il’s ideologies and ambitions align perfectly with China’s top global priority: undermining the United States! … China considers Pyongyang a tool with which it can challenge the U.S.

The North Korean threat is intensifying, and the trend simultaneously shows that the U.S., succumbing to its moral and financial diseases, has a broken will, and that China’s patronage and protection is a force that smaller Asian states can survive on. To understand more, read “Why China Won’t Stop North Korea.”