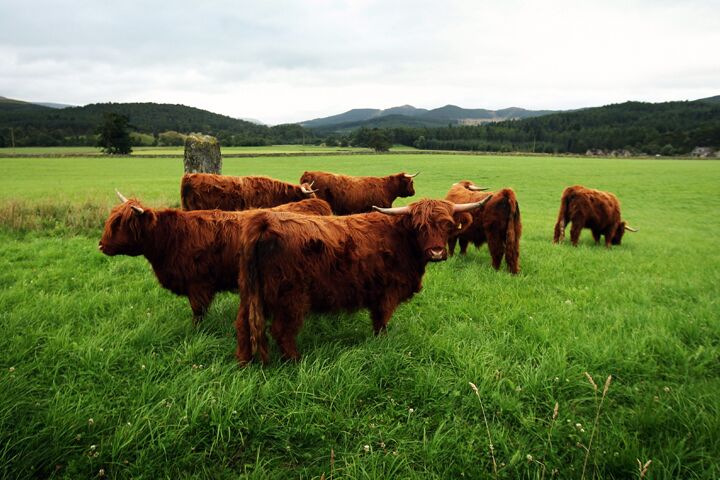 Frustrated British voters are ripe for revolt against the EU as Britain’s government auditor reveals huge fines imposed by that deeply corrupted body.

Britain is paying a terrible financial penalty for remaining in the European Union.

The National Audit Office has divulged that the nation is encountering £1 billion in penalties for failing to meet onerous EU rules and regulations in its management of the European Commission agricultural and other schemes.

The penalties are imposed when the Commission feels that countries have failed to meet its rules and regulations on the allocation of cash—a fine the EU imposes by withholding money, the resultant shortfall then having to be met by the UK government.

The revelations show that Britain has already paid £398 million and has reserved £601 million for further penalties, or what the Commission calls “financial corrections.” The blame is largely being laid on the British agriculture department (defra) which oversees EU subsidies.

Britain’s auditor general, Amyas Morse, bluntly stated: “The confirmed losses totaling £398 million set out in this report and the provisions for further losses of £601 million … represent huge past costs and potential future costs to the taxpayer of implementing EU schemes in the UK.”

Pointing out that the “European” money involved is in fact British money recycled via the Brussels bureaucratic circus, the Express newspaper—currently campaigning for Britain’s exit from the EU—declared, “Instead of meekly accepting chastisement from an organization that has not had its own accounts signed off by auditors for the past 14 years, ministers should stand up for Britain and refuse to pay any fine whatever” (January 20).

In response to these latest revelations of huge imposts on the British economy, Member of Parliament Douglas Carswell, a critic of the EU, declared, “At a time of cutbacks at home, we are hemorrhaging money to the EU. This is another reason why we need an in-out referendum.” He was referring to the rising demand by the British public for a referendum on the question of whether Britain should retain membership of the EU or whether it should opt out. This is a demand by the majority of Britons that successive governments have not been game to face up to.

Carswell’s cry comes on top of a 2009 survey which discovered that 7 out of 10 Britons are so angered by Brussels rules that they want the government to start breaking them. But further, it found that a huge majority—up to 60 percent—believe Britain should refuse to pay any fines imposed for its disobedience of undemocratic, bureaucratically-imposed EU rules.

These most recent penalties imposed by the EU come on top of other fines slammed on Britain by the EU Brussels headquarters.

Last year Britain was fined more than £150 million for failing to display the EU flag on a string of “Regional Development” projects part-funded by the EU.

Further, local government leaders in Britain have warned that their local councils are facing EU fines of an additional £1 billion per year for infractions of one or other of the innumerable rules contained in the over 100,000 pages of the Aquis Communitaire, the vast volume of complex European Union regulations.

New legislation signed by Britain’s current coalition government will lead to the EU completely bypassing the British Parliament to directly fine municipal councils billions of pounds if, and almost certainly when, targets on air quality and recycling rates are not met. The standards governing these targets are set, imposed and enforced by Brussels, not by any elected British democratic authority.

With the current wave of budget cuts, councils will have to either raise council taxes or cut more services to meet these onerous charges.

The EU’s European Court of Auditors revealed in October that in 10 years just 1 percent of fraudulent subsidies have been recovered. The EU’s own auditors say it is impossible to tell how widespread corruption is in the European Commission.

mep ex-EU chief accountant Marta Andreasen, who was fired in 2005 for exposing the corruption in the EU accounts, identified 10,000 cases of fraud in one year alone. She said: “As we sign away millions in increased payments, each year more is wasted than we have just promised. So British taxpayers’ money may as well go straight into a crook’s bank account” (emphasis mine).

How long will the British people tolerate paying tribute in what amounts to penal servitude to a corrupt EU which now threatens to financially penalize even their local councils and overrides the very sovereignty of their once great Parliament?

Students of Bible prophecy note the direct link between the system of finance and economy instituted in ancient Babylon and that imposed by Brussels/Berlin via the European Union today.

One keynote prophecy refers very directly to Britain being subject to onerous payments to a foreign power: “[How] is she that was great among the nations, and princess among the provinces, how is she become tributary” (Lamentations 1:1). That word “tributary” comes from the Hebrew, one meaning of which is subject to laborious taxes, levies, and the forced payment of tribute.

Though the primary subject of this prophecy has application to the Church, it is also interesting to view it in the light of its national application referring to the once Great Britain being forced to pay tribute in subservience to the Babylonish system of a rising northern power (for the biblical identity of Great Britain, read our book The United States and Britain in Prophecy).

This rising northern power is prophesied to possess the financial and economic influence to charge onerous tribute and even dictate who will be given physical sustenance to survive! (Daniel 11:7-20; Revelation 13:16-17). Our booklet Daniel—Unsealed at Last! explains just who this great northern power is.

You need to study our free booklet Lamentations: The Point of No Return to understand the reason why Britain has reached such a state of fiscal enslavement by a foreign power. That booklet will prophetically demonstrate not only the reasons for this crisis, but also clearly show how one can ultimately escape the binding clutches of the EU and gain true freedom from the overarching power that governs its actions.