The wretched world of werewolves, vampires and zombies 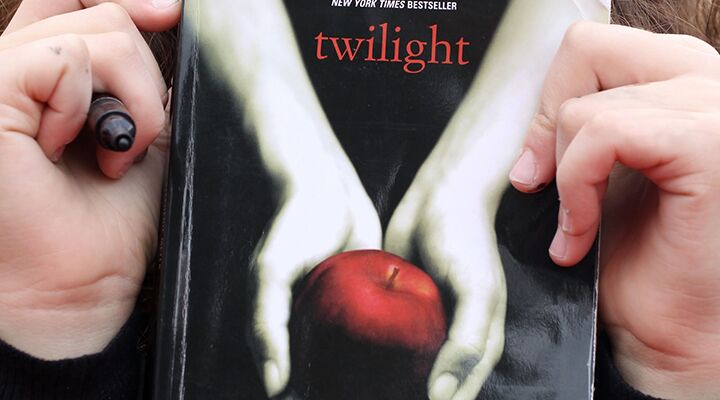 The wretched world of werewolves, vampires and zombies

Think positive. This world is ugly—but don’t become a cynic or a brooder. That’s brilliant advice from one of history’s spiritual giants, the Apostle Paul. “Finally, brethren, whatever is true, whatever is honorable, whatever is just, whatever is pure, whatever is lovely, whatever is gracious, if there is any excellence, if there is anything worthy of praise, think about these things,” he wrote (Philippians 4:8; Revised Standard Version). It’s one of the most helpful admonitions in Scripture about maintaining mental and spiritual health.

Take a glance around, and you see a world dead set on thinking the polar opposite. Whatever is foul or crooked, whatever is unjust and impure, whatever is grotesque, whatever is hateful, if there is any degeneracy, anything barbaric and evil, anything worthy of condemnation, that is what people tend to think on.

The other night, after putting the kids to bed, I turned on the television. I walked to an adjoining room, which put the remote out of reach. Suddenly—at the same time one of my daughters emerged from her bedroom asking for a glass of water—an ad came on that showed four grotesque murders in about 10 seconds. “Do not look at the television!” I said, scrambling for the remote.

This repulsive nightmare was meant to attract viewers to an upcoming program. Shows about bizarre, deviant acts and morbidly violent crimes dominate the airwaves.

That schlock fittingly symbolizes the terminal condition of our culture. As this sick world rots, people are increasingly fascinated with all things dead—and undead.

You’ve heard of Twilight, the series of books and movies about a love affair between a glamorous vampire and a gorgeous woman he must protect from a hunky werewolf. The books have sold over 100 million copies and been translated into 38 languages; the three films have raked in over $2 billion. “Box office gross” indeed.

Adding in popular tv shows like hbo’s True Blood and the cw Network’s The Vampire Diaries, all told, vampire entertainment is now a $7 billion industry and growing. It’s a world of glamor, romance and sex mingled with blood, violence and occultism. Millions of minds are marinating in this lurid material. Harmless escapism, most people say. I disagree. But no one can argue that in some few, it’s having truly bizarre effects.

A subculture of people who consider themselves real vampires is taking root and spreading. Joseph Laycock, author of Vampires Today: The Truth About Modern Vampirism, says these wackos either consume blood or believe they absorb life energy from people around them—and most think their physical, mental and emotional health will fade if they don’t feed. Somebody please slap them.

Stupid teenagers are reportedly biting each other and licking or sucking each other’s blood. “These are kids who think they are real vampires,” Dr. Orly Avitzur of the Consumers Union told an msnbc reporter. One teen wrote on a vampire-themed website, “Having that thick, warm copper-tasting blood in my mouth is the best thing I can think of! Sometimes my boyfriend lets me feed off him. I let him feed off me as well.”

This passes for a hobby these days? Aside from it being sick, painful and disgusting, health officials say these kids are asking for nasty, even dangerous infections, and are liable to give each other blood-borne diseases like hepatitis and hiv. C’mon folks. Do you really have to be told not to do this?

Another mind-boggling trend coming to an urban center near you is zombie walking. It started in California nine years ago and has spread, virus-like, to cities across America, Britain and Australia. Feeding off a booming film and television trend, multitudes—sometimes thousands strong—dress up like ghoulish reanimated corpses, spattered with blood, for a few hours of public moaning and foot-dragging, pretending to be on the hunt for human flesh. Parents bring their children and make it a family affair, and police close streets and provide escort.

There is an explanation for all this nonsense. These modern amusements actually have evil roots that go back millennia.

He is a God of life. “[T]o be carnally minded is death; but to be spiritually minded is life and peace” (Romans 8:6). In ancient priestly law, God forbade even touching a dead body. “I have set before you life and death,” He says in Deuteronomy 30:19—“therefore choose life, that both thou and thy seed may live.”

But there is another spirit being that Scripture calls the “god of this world” and “the prince of the power of the air, the spirit that now worketh in the children of disobedience.” He is the antithesis of everything God is. He propagandizes and peddles evil by any and every means—making it alluring and glamorous, making it light and funny. He promotes the perverse. He exalts death. And he’s dangerously good at what he does. Scripture also calls him “the great dragon … that old serpent, called the Devil, and Satan, which deceiveth the whole world.”

The only blood God tells us to “drink,” symbolically, is that of Jesus Christ, which was spilled to pay for our sins. Jesus said, “Except ye eat the flesh of the Son of man, and drink his blood, ye have no life in you” (John 6:53). Is it any wonder the prince of the power of the air has inspired a twisted yet seductive counterfeit about immortals who must drink human blood to sustain their existence?

Evil is a drug. It gets its hooks into you. Paul compared it to slavery. It leads to death (Romans 6:16). Our society is saturated with it, obsessed with it. No shock, then, that it’s increasingly obsessed with death. They go together.