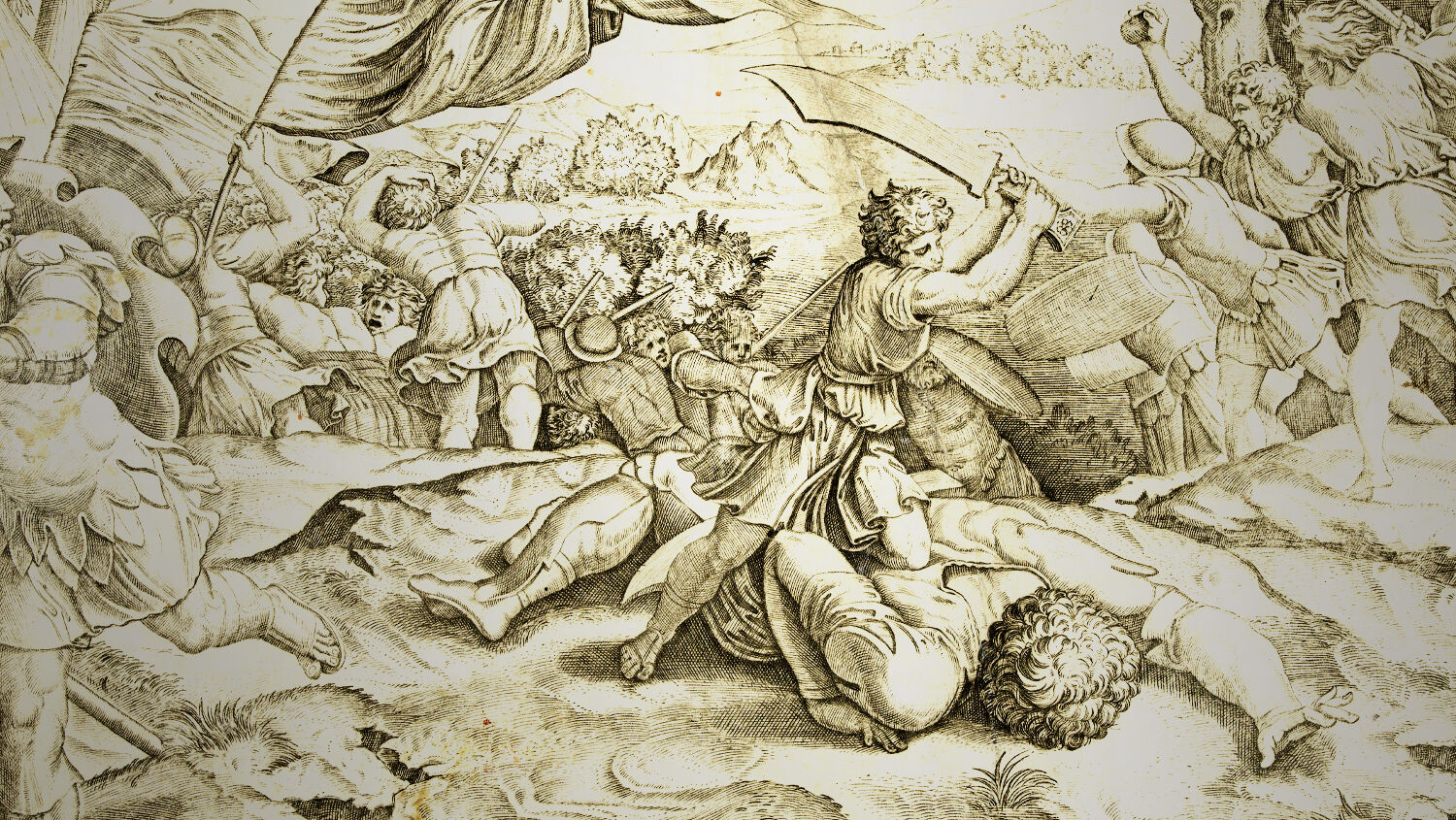 My most memorable experience in freshman speech class at Ambassador College was an assignment called “The Overcoming Speech.” We were told to expect several interruptions from our instructor while we were still speaking, as he corrected some of our weaknesses on the spot.

As memorable as my own experience was, a speech one of my classmates gave that same day took the overcome lesson to another level.

I’ll never forget it: She was a sweet, soft-spoken, painfully shy girl from South Africa. She barely made it through five words of her speech before our instructor stopped her. “I don’t know if you’ve ever seen Jack and the Beanstalk, but I want you to play the giant,” he said. “I want you to leave the room, and when you come back in, shout, ‘Fee fi fo fum, I smell the blood of an Englishman!‘”

Time and again, the instructor told her to leave and re-enter the room until she was able to enter as an all-powerful giant with a thunderously booming voice. Eventually, she broke through that barrier. Her “overcome speech” was essentially learning to act like a giant.

This lesson in smashing barriers to pursue excellence applies far beyond public speaking.

As a young man, Herbert W. Armstrong learned this lesson while visiting Niagara Falls for the first time. He wrote about a boulder that formed an enormous barrier to the rushing waters. “[T]he waters of that river swirled around the great rock, struck it head-on and splashed over it,” he wrote in his Autobiography. “One way or another the waters got past it, and hurried on to their destination—the falls, and then down the swift rapids of the river on into Lake Ontario. The waters didn’t lie down. They didn’t become discouraged. They didn’t quit. They found a way around the impassable barrier, and on to their destination.

“I decided that if inanimate, mindless elements could surmount and find a way past obstacles, so could I. This experience has often come back to mind when the going has gotten tough, or when I was tempted to become discouraged and quit.”

Jesus described the Christian walk as proceeding through a narrow gate onto a long, difficult and bumpy road. Only a few, He said, would be willing to finish the journey (Matthew 7:14).

“God has never intended our lives, yielded to Him for His service, to be a proverbial soft ‘bed of roses.’ God has not intended our Christian lives in His service to run smooth and easy, with no problems, no concerns,” Mr. Armstrong wrote in a co-worker letter in 1955. “God intended—ordained—that we should be confronted with continual problems, difficulties, troubles—that we should have to make constant sacrifices, learning to give up our own ways and wants ….”

God is looking for people who will break through barriers and conquer fears. To do that, we may have to act like a giant. Or, like a young boy who became Israel’s greatest king, we may have to slay a giant.

1 Samuel 17:20 describes a young man who was eager, who rose early and who obeyed his father’s commands. At the moment when Israel really needed a few good men to step forward and fight for God, all the elder, wiser and best-trained soldiers slunk into the background (verses 21-24). Only David, a lowly shepherd, stepped forward and said, “Who is this giant who thinks he is going to stop God’s work?”

David knew he had cause—a good reason to face his fears and confront the enemy (verse 29). He possessed faith, but also wisdom. He didn’t just grab one stone—he took five (verse 40). What a wonderful spirit! If nerves got the best of him the first time around, he wasn’t about to quit after just one try.

Notice verse 42: “And when the Philistine looked about, and saw David, he disdained him: for he was but a youth, and ruddy, and of a fair countenance.” Compared to Goliath, David looked small. But he was no weakling—he was a strong, robust fellow. He had spent long days and nights tending his father’s sheep, even fighting off lions at times to protect them (verses 34-35).

The key to David’s success—and ours—was his understanding that God is the one who fights and wins for us. We still have to do our part—David had to find a simple sling and search for a few smooth stones—but faith is what enables us to prevail.

Verse 48 shows that David ran to the fight. Like the men in Gideon’s army, David couldn’t wait to get on with the battle. As long as we are poor in spirit and rich in faith and our hearts are in God’s work, we can rest assured that, one way or another, God will win the battle for us. David prevailed against Goliath with a mere sling and a stone!

David’s miraculous victory didn’t end there. In 2 Samuel 21, we read of many more giants who were slain by David and his men. Years earlier, the whole nation of Israel was terrified at the thought of confronting Goliath. But David’s inspiring example of courage and faith had given birth to a nation of giant killers!

In my freshman speech class, I was more inspired by the young lady who overcame her fears than by my own assignment. Whether we are learning to slay a giant or to act like one, God will win the battle for us and help us break through barriers, and then our example of courage and faith will inspire others to do the same.