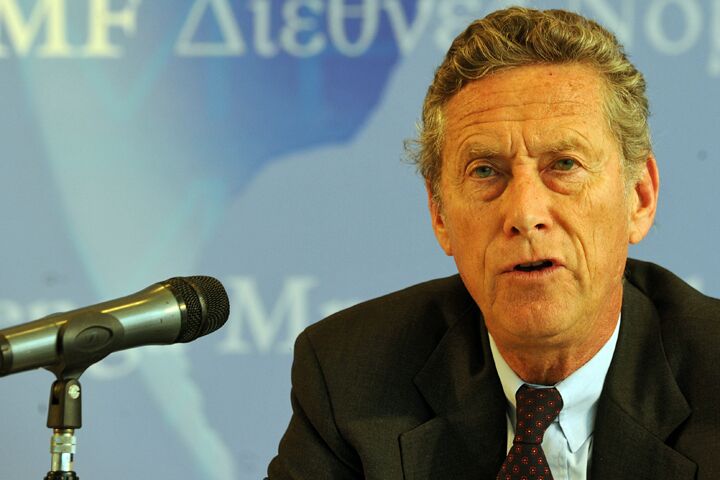 It used to be that when the U.S. sneezed, the world caught a cold. That’s not so true anymore.

Is the global economy becoming immune to U.S. economic downturns? According to some Wall Street economists, the world economy will no longer catch a cold when the U.S. economy sneezes.

The view of these economists has translated to dismal forecasts for U.S. growth compared to the global economy for 2011. Goldman Sachs Group Inc. predicted that growth in the U.S. will fall from 2.6 percent to 1.8 percent, while worldwide growth will only slow by 0.2 percent, to 4.6 percent.

Three years after the bust, rising unemployment, a depressed housing market and declining orders placed in U.S. factories are underpinning the bleak outlook on the U.S. economy. Instead of the U.S. having just a sneezing fit, it has caught a full-blown cold that won’t go away.

Meanwhile, the rest of the world, dragged into its deepest recession in 70 years, is on a quicker path to recovery. The chief economist of the International Monetary Fund, Olivier Blanchard, predicted in September “positive but low growth in advanced countries,” with developing nations expanding at a “very high” rate.

While the global economy did follow America’s downturn, the stronger growth numbers show that it is becoming more resilient to the U.S. economy. This is in no small part due to the diminishing level of U.S. trade in the global economy.

“Direct transmission from a U.S. slowdown to other economies through exports is just not large enough to spread a U.S. demand problem globally,” Goldman Sachs economists Dominic Wilsonand Stacy Carlson wrote in a September 22 report titled “If the U.S. Sneezes ….”

This is causing many economists to see that the global economy is developing a stronger immunity to U.S. financial bugs.

The world’s global growth is being driven by the developing countries, nations such as China and India, which have seen their level of exports boom recently. Exports account for almost 20 percent of the gross domestic product of the so-called bric nations—Brazil, Russia, India and China—but sales to the U.S. comprise only 5 percent of their gdp, according to the report by Carlson and Wilson.

They predict that if U.S. growth slowed by 2 percent, these four developing nations would slow just 0.1 percent, with the rest of the developed world, such as Germany and Japan, being affected only in a limited way.

Some economists go even further. Ethan Harris, head of developed-markets economic research at Bank of America Merrill Lynch, said he believes global growth can offer a handkerchief to the U.S. as its economy continues to suffer.

It’s not just economists who feel this way either; investors are responding to this new reality as well. The United States has now fallen behind Brazil, China and India as the preferred place to invest, according to a Bloomberg survey.

The strength of the U.S. dollar is reflecting this sentiment as well. Last month, the dollar suffered its second-worst monthly performance in two decades.

With leading economic indicators down, it is expected that the Federal Reserve will administer another dose of its monetary medicine, which will most likely make the U.S. economy sicker by making the dollar’s value even more vulnerable.

While the falling currency may give a temporary boost to U.S. exports as they become cheaper, a worthless dollar will only lead to a greater problem for the U.S.: a world in which the dollar is no longer the reserve currency.

The loss of trust in the dollar will result in a global economy that no longer relies on the U.S. economy or dollar. This is a sickness from which the U.S economy would be unable to recover.

The data on world trade and the forecasts from the world’s leading economists show this is already under way. “The world has already become partially decoupled,”said Joseph Stiglitz, a professor at New York’s Columbia University, in a September 20 Bloomberg interview in Zurich.

Why is this a problem? Many investors and analysts see such a decoupling as a solution to future global economic crises as it would ensure U.S. weakness doesn’t spread as it did three years ago.

But what they don’t see is that this will leave the U.S. wide open to economic warfare by nations that want to see its downfall.

The Trumpet has forecast that the world economy will indeed decouple from the U.S. very soon and allow for the nation’s enemies to lay an economic siege that will completely cripple America.

Back in May 2006, we wrote that “[t]he groundwork of a punishing siege against Anglo-Americans is being laid.”

Four years later the groundwork has been laid and we are starting to see the very structure rising that will make the siege possible.

If the state of the U.S. economy is worrying you, take comfort in the fact that you can know exactly where this news is leading! Read the prophecy of this soon-coming siege for yourself in Deuteronomy 28:53.

In fact, the whole chapter of Deuteronomy 28 also explains why these events are happening and how you can act to prepare and protect yourself from the soon-coming siege. To learn more about protecting yourself from the economic sickness around, read our article “Storm-Proof Your Financial House.”