Anticipating the end of life as we know it 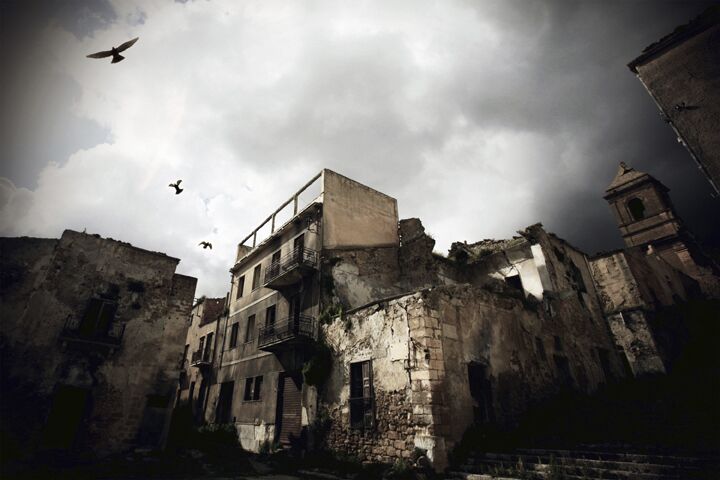 Anticipating the end of life as we know it

In the last 100 years, life in the First World has gotten a whole lot easier. We’ve built an impressive infrastructure to mass produce and distribute food, water, electricity and anything else we can dream up.

In the process, we have become extraordinarily dependent on “the grid.” Every aspect of modern life hinges on the smooth-flowing, uninterrupted operation of a number of intricate and interrelated systems.

What would you eat if the grocery stores and restaurants were empty? Today, less than 2 percent of the First World population is feeding the other 98 percent. Most of us get our food from hundreds or thousands of miles away, and have about a week’s worth of groceries in the pantry.

What would you do if your town lost power? In most places, drinking water would soon dry up; plumbing would stop. Sanitation would quickly deteriorate, particularly within cities. Communications would fail; phone systems would shut down within a week.

Considering the number and variety of possible events that could create such conditions, it would be irrational to ignore their likelihood. And the probability of several of them happening is high and growing. A disease pandemic. An energy embargo. Terrorist strikes or an attack by another country. The unleashing of nuclear, biological or chemical weapons. Weather disasters, earthquakes or other natural phenomena destroying infrastructure or wiping out food production. Deepening economic depression. A collapse in the value of money, through deflation, hyperinflation, or monetary manipulation.

Most of us simply don’t seriously consider such scenarios. We enjoy them for summer popcorn movie fare—then continue to depend on the grid as if it will keep clicking in well-oiled perfection forever. But is that realistic? Not even a little bit.

Brace Yourself for TEOTWAWKI

A growing number of people are concerned. A swelling minority are proactively bracing for the worst. They recognize the signs, and believe their best defense is physical preparedness.

Popular survivalist expert James Wesley Rawles, a former U.S. Army Intelligence officer, advocates creating a survival retreat at least 300 miles from the nearest city. In his books and on his website, he gives detailed information on increasing your self-sufficiency in matters such as water retrieval and purification, food production and storage, security and self-defense and so on—in anticipation of what he calls teotwawki: the end of the world as we know it.

To give a colorful single example, in assembling “first-aid/minor surgery” supplies for your retreat, Rawles advises, “[C]onsider your neighborhood going for many months without power, extensive use of open flames, and sentries standing picket shifts exposed to the elements. Then consider axes, chain saws, and tractors being wielded by newbies, and a greater likelihood of gunshot wounds. With all of this, add the possibility of no access to doctors or high-tech medical diagnostic equipment” (How to Survive the End of the World As We Know It).

Survivalist thinking is often associated with paramilitary activities, racism and religious extremism. But as global stability deteriorates and threats to civilization increase, it is becoming more mainstream. For his part, Rawles is avowedly anti-racist, and apparently moderate in his religion. He emphasizes preparing in a way that enables a person to fulfill the “moral imperative” of charity, giving to the needy in times of crisis.

There is something to be admired in the clear-eyed pragmatism of those taking steps to face calamity. Unlike the far more common head-in-the-sand approach, it acknowledges the seriousness of the times, and recognizes the need to do something—to work while it is day, since the night is coming.

“Take Heed to Yourselves”

Watching global conditions, the Bible’s detailed descriptions of “great tribulation” to befall the world just before the Second Coming of Jesus Christ are unmistakably increasing in relevance and urgency. In fact, the disasters for which some few are bracing themselves aren’t just likely scenarios based on current trends—they are specifically prophesied in Scripture to claim the lives of an enormous number of people in the developed world and beyond.

We need to condition our minds for catastrophes, because they are coming.

It is because of the human tendency to ignore such realities that Jesus Christ warned, “[T]ake heed to yourselves, lest at any time your hearts be overcharged with surfeiting, and drunkenness, and cares of this life, and so that day”—that is, the period of destruction just ahead of us—“come upon you unawares. For as a snare shall it come on all them that dwell on the face of the whole earth” (Luke 21:34-35).

Heeding this warning will ensure that day won’t come on us unawares. Christ definitely advocated preparedness.

Does that mean we should stock up a survivalist bunker in the wilds, in hopes of riding out an “end of the world” scenario?

Is that why Jesus gave us this prophecy? Is that why He warned in advance of the terrifying and tumultuous events that are beginning to unfold in this modern age? So we could invest our time, treasure, energy and hearts into stockpiling food and ammunition within physical fortresses?

“Lay not up for yourselves treasures upon earth, where moth and rust doth corrupt, and where thieves break through and steal,” Christ instructed. “But lay up for yourselves treasures in heaven, where neither moth nor rust doth corrupt, and where thieves do not break through nor steal: For where your treasure is, there will your heart be also” (Matthew 6:19-21).

In this and several other passages, the preparedness Christ urged was spiritual.

God’s challenge with each one of us is to teach us to put our trust and confidence in Him rather than in ourselves or any other human being (e.g. Psalm 118:8; Jeremiah 17:5-7). He supernaturally fed the Israelites for 40 years in the wilderness to teach them faith—that man doesn’t live by bread alone, but by every word of God (Deuteronomy 8:3).

Jesus supported this principle. He taught that we should pray each day for “our daily bread,” and warned against faithless anxiety and fretting over tomorrow’s problems (Matthew 6:11, 25, 31-34). He was not an advocate of hoarding food. “For whosoever will save his life [or seek to maintain his physical life at all costs] shall lose it: but whosoever will lose his life for my sake, the same shall save it,” He said (Luke 9:24).

God actually wants us to recognize and overcome our tendency to trust ourselves. He is measuring the coming destruction of America and other nations because of our sin, our faithlessness, our self-reliance, our ignorance of Him and our belittling of His power. And if you understand the Bible’s prophecies about the severity of that destruction, you realize that no private bunker will be safe for long. No one is going to escape the coming tribulation—descending on America and other nations because of God’s wrath—through survivalist moxie.

Those who plan to weather the coming storms through their own foresight and ingenuity are underestimating the savageness of the time ahead. More importantly, they are misplacing their faith.

In a 1966 article, “Don’t Store Up Large Quantities of Food,” Herbert W. Armstrong wrote, “Do not spend extra money on foodstuffs above your normal supplies and perhaps some few ‘staples’ which could carry you through a temporary food shortage on a vastly curtailed and reduced diet, in a severe and temporary emergency, for only a fewWEEKS!… If you ever store more food than the normal laying up in summer for winter—you’re hoarding, and God Almighty may well withdraw His protection from you!”

Above all, God seeks repentance. And to those who turn to Him with supple hearts, He offers individual protection—escape—from the worst of the coming storms (e.g. Luke 21:36). That is the only sure place to invest our faith.

Are you ready for the end of the world? You need to start preparing by repenting before God. Request a free copy of our booklet Repentance Toward God to help you in this life-saving process.