There’s something wonderful we as parents need to protect in our children. 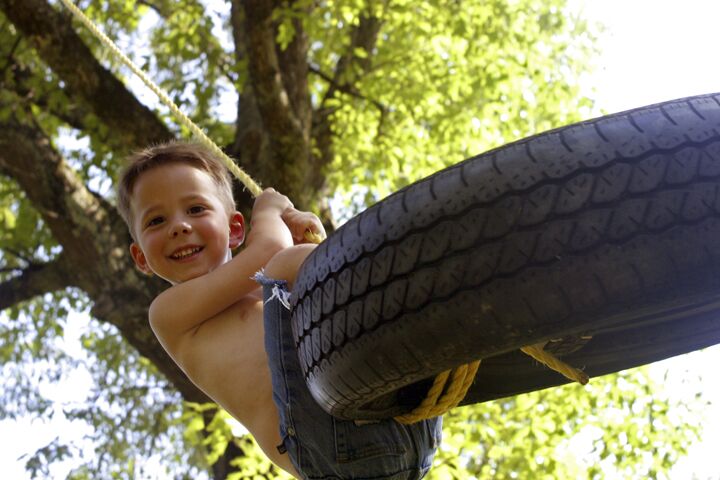 There’s something wonderful we as parents need to protect in our children.

A couple of years ago, an artist named Marla Olmstead caught the modern art world by the tail. Critics said she had the talent of Picasso. Her popularity exploded, and with it, so did the price tags on her paintings.

The funny part is, she was 4 years old.

The 2007 documentary My Kid Could Paint That showed intellectual grown-ups reading profound adult meanings into these works. They spoke of this child as though she possessed some mythic, eternal wisdom. In truth, she just liked pretty colors.

This girl’s unbecoming treatment at the hands of the adults around her is playing out, writ large, all around us. We are pushing our children into adulthood at breakneck pace. We are instilling in them adult habits of consumerism, trusting them with adult decision-making capacity, feeding them on adult entertainment, and encouraging them in adult sexual behavior.

In the process, we are robbing them of something precious and wonderful: childhood.

Who Is Wooing Our Children?

The panoply of forces driving this trend is vast and relentless. Determined parents, however, can do much to still the storm. It starts by recognizing it.

Many of us seem to have bought the notion that children should not be controlled. Parents give them open access to television, the Internet, movies and music of their own choosing, let them select their own friends indiscriminately, and so on. Many apparently believe that demarcating boundaries for young people impairs them—that they are naturally entitled to all the privileges and freedoms of adulthood. But what are the results of such thinking? Bad, bad, bad all around.

Consider for a moment just who is making a play for their minds. At the top of the list, marketers are eager to woo the next generation of customers. Without regard for their intellectual, social or spiritual well-being, these merchants only seek our children’s attention, en route to claiming their dollars. Thus, they appeal to youth’s strongest, most immediate and even base desires—self-gratification and vanity—all the while hurrying them toward unrestrained consumerism. Themes of kid-empowerment and anti-adultism are pervasive.

Facing such unprincipled influences, children simply haven’t developed enough discrimination to resist. Thus, they are taught to fixate on how much life “owes them” and on what they “deserve.” “[I]n the absence of experience, children will always choose the same thing, the thing that is most immediately attractive or gratifying to them,” wrote Theodore Dalrymple. “A young child, constantly consulted over his likes and dislikes, learns that life is, and ought to be, ruled by his likes and dislikes” (In Praise of Prejudice). Encouraged to exercise their freedom of choice based on their simplest whims, they fail to learn several crucial values in life: reasoned judgment, hard work, patience and self-sacrifice, among others.

Consumerist messages aside, even an afternoon of children’s programming on public television is a minefield of other shady material to shape their thinking: bad attitudes; knee-jerk disrespect for authority; scatological, “gross-out” humor; feminist or other politically correct messages; demonism, witchcraft or other pagan spiritual content.

Astoundingly, though, even mainstream sources of parental advice warn against being too concerned—after all, you don’t want to seem “out of touch” to your children. But that is bad advice, pure and simple.

More and more, though, it’s not just kids’ shows our children are watching. Only 14 percent of the networks’ scheduling is devoted to youth-oriented programming, so young people often end up watching adult programs. A 2005 survey showed the most popular tv show among 9-to-12-year-olds was Desperate Housewives. For family movie night, parents are unwilling to sit through an innocuous cartoon—and are thus exposing their children to sterner fare. Bit by bit, our young people grow desensitized and come to expect more mature material in their entertainment. In effect, they are “eavesdropping” on the adult world. But it’s not the real adult world—it’s a world far more violent, sexual, rude and crass.

Violence is increasingly marketed specifically to our young people in the form of television programs, movies, music and music videos, video games and toys. As Juliet Schor details in Born to Buy, violent action figures are being promoted to preschoolers. Gruesomely violent video games—which have become extremely realistic—are making their way into younger and younger hands. A 2000 Federal Trade Commission report found that 70 percent of all mature-rated games (for ages 18 and up) were specifically targeted at youth under age 17.

This past November, the video game Modern Warfare 2: Call of Duty debuted. The game consists of players controlling soldiers from a first-person point of view as they kill enemies and civilians from Afghanistan to Russia to South America to suburban Washington, d.c. Rated “mature” for profanity, drugs, blood and intense violence, this game sold almost 5 million copies in the U.S. and UK in its first 24 hours. That day, it made $310 million, the biggest debut in history—not the history of all video games, but of all forms of entertainment. You can be sure that among those millions of eager customers were no small number of teenagers—and younger.

The social climate that promotes such media is the same one that inspired high school students in Chicago in September to beat a 16-year-old student to death. It is producing a steady drumbeat of incidents in the news involving younger and younger children committing unspeakable crimes.

The aggressive sexualization of our children is criminal in and of itself. “These days when you walk into a toy store, it’s not clear whether you actually made it to the store or accidentally landed in a red-light district,” wrote Wendy Shalit in her book Girls Gone Mild. Dolls aimed at preschool girls wear heavy makeup and provocative outfits; marketing materials speak openly about the importance of “looking hot.” Messages of female empowerment are unapologetically wedded with those of exhibitionism and splashy sexuality. Most major retailers carry thongs in their girls’ department; even “Hello Kitty” and Care Bears manufacture the item.

“There is no longer any mystery or power to sex—it is just expected that everything will be sexual, and so nothing is,” lamented Shalit. “There is nothing to wait for, or to look forward to. … [B]eing publicly sexual has become the only acceptable way for girls to demonstrate maturity.”

What a shame that we are in such a rush to rob our children of the security and simplicity of a real childhood.

How to Preserve Childhood

“Childhood is perhaps the only phase of life when innocence can flourish,” wrote Michael and Diane Medved in Saving Childhood. “But to allow this, parents and others responsible for children’s minds need to construct a protective shelter against the painful and frightening facets of life. They need to stand guard at its door, to let the harsher truths of reality gradually unfold for the child, in a way and at a pace that allows the child to maintain a positive outlook” (emphasis theirs). Good advice.

Children possess no inner compass for wisdom. As Proverbs 29:15 tells us, “[A] child left to himself bringeth his mother to shame.” As our children travel a world filled with harmful things, they will be naturally attracted to certain of those things. Loving parents will forbid them. As long as our children are too young to discern right from wrong, good from evil, we have the God-given responsibility to make those decisions for them. And over the years, we must morally educate them to recognize and avoid those things on their own.

The feeling of security that comes with living under the protective umbrella of parental supervision—even control—frees a child. “Only children enjoy the luxury of viewing life as unshaped, ill-defined, constantly assembling,” wrote the Medveds. “Like expressionist art, the world is vague but vibrant. Later, there’s plenty of time for the sharp definition of realism.”

Enemies of that vague and vibrant world encroach—even the art gallery trying to treat its preschool painter like Picasso. Hold them off. And give your children clear boundaries so they can cherish that simple, happy world while it lasts. Sadly, it isn’t long.