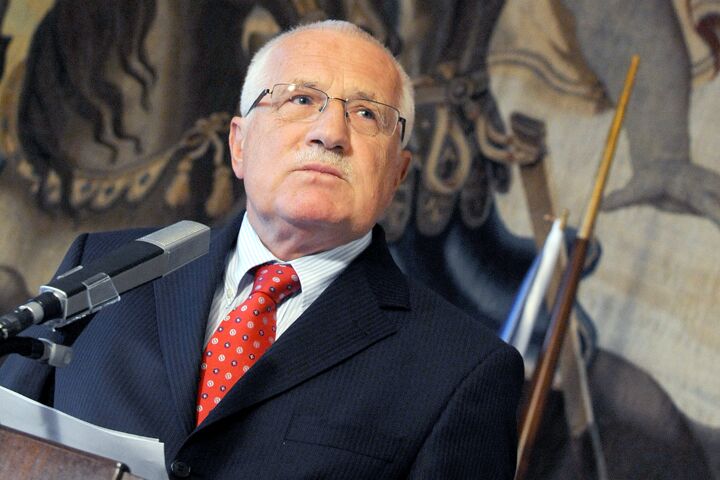 The Czech president, who refuses to ratify the Lisbon Treaty, will not be able to stop the EU machine from rolling forward.

Czech President Vaclav Klaus is the only EU national leader who has not yet signed the Lisbon Treaty. Polish President Lech Kaczynski signed the European Union’s Lisbon Treaty on October 10, making Poland the 26th EU nation to have ratified the treaty. With the Irish “yes” vote on the second referendum, this leaves the tiny Czech Republic as the last man standing in the inevitable surge toward greater EU federalism.

President Klaus is blocking Lisbon’s ratification even after both houses of the Czech parliament endorsed the treaty back in May. He already has fought and lost two cases in the Czech constitutional court against the Lisbon Treaty as well.

The Lisbon Treaty is the renamed EU constitution that will give the European Union its own president and foreign minister and therefore its own foreign policy. The treaty will remake the EU into a stronger, more centralized federal power, streamline the decision-making processes and remove more of the power of individual member nations.

For the treaty to officially come into effect, all 27 member nations must ratify it.

The Trumpet has predicted for decades that the EU will become a greater federal power—and the Czech president will prove unable to stop that trend.

European member of parliament and president of the Union of European Federalists Andrew Duff wrote in the Financial Times, “There will, in any case, be no renegotiation of the treaty.” He added that President Klaus “cannot be allowed to sink the Lisbon Treaty.”

EU bureaucrats will ensure that. There is already talk of adding extra “legal guarantees” along the lines of those the Irish, Polish and British received. The Irish, for example, received a guarantee that they will always hold a seat on the European Commission, and Poland and the UK received an “opt-out” from the Charter of Fundamental Rights. Klaus seeks this same opt-out for the Czech Republic.

These legal exemptions do not amount to much though. As Duff wrote, it “does not allow Poland and the UK to evade their legal duty to treat the charter as binding. Nor does it prevent the European Court of Justice, wielding the charter, from reaching judgments that affect directly the British or Polish state or citizen” (ibid.).

These kinds of guarantees will sweeten the deal for President Klaus if they are extended to him, but the treaty, no matter how it is passed, will be binding, and member nations will not be able to escape it in the courts.

That is, except for one nation—the true power in Europe, Germany. It essentially saved its national sovereignty due to a legal ruling in its constitutional court.

This kind of power grab by Germany is precisely why President Klaus is putting up so much opposition to the treaty. The Czech Sudetenland territory was one of the first seized by Germany prior to World War ii. Hitler claimed he was protecting the Sudeten Germans when he invaded in 1938. Even now there is still a conflict over German property rights in that area.

That is why President Klaus also wants an opt-out from the Charter of Fundamental Rights—to ensure that Germans expelled from the area after World War ii cannot use the EU courts to regain their property.

President Klaus is trying for a third time to use the Czech constitutional court to hold up ratification, but looks likely to fail again. Even if he succeeds in gaining some concessions, the Czech Republic doesn’t possess the power and influence that Germany does to gain anything of real value.

President Klaus may be pressured to back down, just as Ireland and Poland did. If not, pressures are being mounted within powerful EU circles, not the least among German elites, to organize the ouster of the Czech president from office.

Continue to watch the EU as it becomes a stronger power, and especially Germany as it continues to maneuver itself into a position of greater strength. Klaus’s fears of a German-dominated EU are justified; Germany’s court ruling on the Lisbon Treaty demonstrated that. The very institution supposedly created to curb Germany’s power in Europe is increasingly doing the opposite!

For more information on what Bible prophecy reveals will happen in Europe, read our free booklet Germany and the Holy Roman Empire. The Czech president will not stop the EU from pressing forward as a dominant global power!