What it means for the future of Europe and the world. 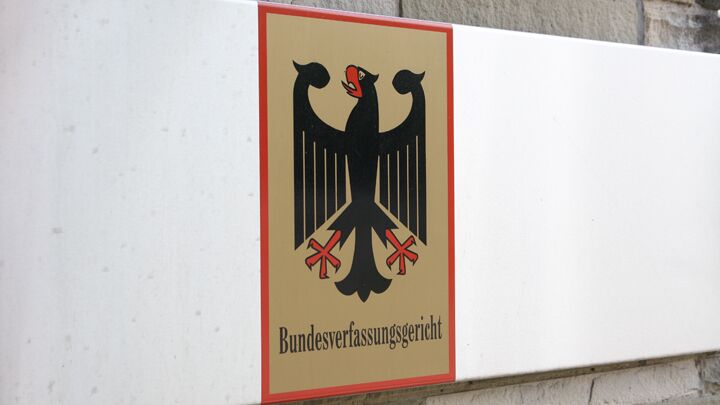 What it means for the future of Europe and the world.

The German high court has ambushed the European Union. At first, Europe’s leaders didn’t see it. Some are now coming to grips with it. But it could be too late.

Germany’s Federal Constitutional Court recently ruled that the Lisbon Treaty is compatible with the German constitution. On June 30, the court rejected complaints by some German lawmakers that the treaty violated the constitution, and decided that “the substance of German state authority is protected” in the treaty.

EU leaders were so relieved Berlin said ja to Lisbon that they gave little thought at the time to a colossal caveat attached to the ruling.

Germany’s constitution “says yes to the Lisbon Treaty,” stated presiding judge Andreas Voßkuhle in his verdict, which was televised nationally, “but calls at national level for a strengthening of parliamentary responsibility” (emphasis mine throughout).

What did Voßkuhle mean by the “strengthening of parliamentary responsibility”? He meant this: Before Germany ratifies the Lisbon Treaty, it must strengthen the German parliament’s influence on decisions made in Brussels. Therefore, a law is now being created that will demand members of the Bundestag approve any change to the Lisbon Treaty, or any expansion of EU power, before it can be imposed on Germany. The Bundestag (the lower house of the German parliament) hopes to draft the law and add it to Germany’s official ratification of the Lisbon Treaty before national elections on September 27.

This law essentially will equip Germany with the power to hijack the EU! The biblically prophetic implications of this move are profound.

Why Europe Was Excited

Peter Gauweiler, member of the right-wing Christian Socialist Union (csu), spearheaded the challenge against the Lisbon Treaty. Although he lost his appeal and Germany is preparing to ratify the treaty, Gauweiler was more than satisfied with the federal court’s far-reaching stipulation. “It’s a very sweeping decision on the Lisbon Treaty as a whole,” he told Spiegel Online. “In 91 pages, the Federal Constitutional Court expressly held that the treaty and its accompanying law must conform to Germany’s constitution, the so-called Basic Law …” (July 1).

Germany has been chiseling itself a seat atop Europe ever since its reunification in 1989. With its location at the geographic heart of the Continent, its large population and its economic and political clout, it has been quite successful. Because of its size and influence, Germany’s acceptance or rejection of an EU law or policy has a major impact on the decisions of other member states, and ultimately on whether or not the law or policy is written into the books in Brussels. This legal stipulation will now give Germany unparalleled influence in Brussels. With German politicians weighing every EU law and policy more carefully, EU lawmakers will be forced to take the German constitution and German opinion into account when formulating virtually every law, every policy and every decision.

Essentially, it will make Berlin, not Brussels, the epicenter of EU law and policy!

After the June court ruling, at first EU leaders were tickled that Germany was being so expeditious in ratifying the treaty. They hoped Berlin embracing the EU constitution would provide fresh, much-needed impetus to Ireland, the Czech Republic and Poland, which have all yet to ratify the treaty.

The more the other EU states mulled it over, however, the clearer it became that they had indeed been ambushed by the German high court. “[T]here is a danger that, given the country’s size, the German parliament will be the tail that wags the EU dog,” noted the Irish Examiner, nearly threeweeks after the ruling had passed. “It can dictate a direction for laws or, if it vetoes legislation, then it cannot proceed at EU level” (July 20).

The Truth Comes Out

Really, there was no excuse for Europe’s slow uptake. After all, it was only a matter of hours before the German media was reporting on the far-reaching reality of the ruling.

The court’s verdict “takes the German parliament to task,” observed the German paper Süddeutsche Zeitung. “German politicians will need to become involved with every new law, no matter how small. … And with this decision European integration becomes part of Germany’s domestic politics. … This spectacularly clever verdict artfully says that European integration will not be stopped—but will be making a little detour through Germany, where it will benefit from some added democracy.”

“This is the end of European integration as we know it,” wrote the Frankfurter Allgemeine Zeitung. “Germany will support the Lisbon Treaty, but only under strict conditions. And anyone who wants to found a European state must now ask for the permission of the German people.” Multiple issues are already lining up, waiting for adjudication by the German court, the article said, and the “message is loud and clear: We wear the pants.”

Observed Handelsblatt: The German court clearly sees the “European Parliament as a minor instrument which is ‘not suited to major political decisions.’” The German business daily continued: “For Karlsruhe [the German Constitutional Court], democracy has only one important organ: the national constitution. And that’s not exactly an altruistic move—because by saying this, the Constitutional Court is also increasing its own claim to legislative power. Only Karlsruhe can stop Brussels from going overboard, only Karlsruhe can protect principles of democracy. And that secures Karlsruhe a long sought-after advantage over various European tribunals.”

The ruling of the German high court could not have been more plain. When it comes to EU affairs, Germany considers the European Parliament a minor instrument, and the German constitution and Federal Constitutional Court the supreme authority!

Under the new law, the German high court will be able to overrule the EU’s highest court, the European Court of Justice. The ecj is designed to establish and uphold the supremacy of EU law over the national law of member states. One of its primary functions is to interpret and provide the last word on EU law. Under the proposed new German law, if the ecj makes a decision at odds with German national law, or if Germany perceives that it oversteps its authority, German citizens will have the right to legal protection by the Federal Constitutional Court, even against EU regulations and the ecj.

It must comfort German citizens to know they stand above EU law. But what about the lawmakers in Brussels, or the citizens of the other 26 EU member nations? Brussels will be forced to formulate laws and policies with the German high court peering over its shoulder, ready to shred any decision that doesn’t align with German interests or the German constitution. Citizens of other member states will have to stand idly by as the EU is stealthily put under subjection by Berlin.

Even some prominent Germans are openly admitting the blatant nationalistic spirit behind this new ruling. The court ruling is “outrageous,” declared former German Foreign Minister Joschka Fischer. “The decision comes at a time at which our European neighbors and the Americans are increasingly gaining the impression that Germany is more and more turning away from Europe and is mainly interested in its own affairs,” he wrote. “The Constitutional Court’s decision strengthens this impression” (Spiegel Online, July 17).

In its ruling, the German high court expressed concern that the EU in its current form is an undemocratic institution. It argued that this new law strengthening the role of the German parliament in Brussels would make the EU more democratic.

Don’t believe it. Both history and prophecy tell us that is a bald-facedlie!

In 1954, Herbert Armstrong wrote, “Nothing can prevent Germany from completely dominating Europe. Soon there will be the prophesied united Europe—the resurrected Roman Empire—with Germans in complete domination. IT’S PROPHESIED! It is hurtling on toward the destruction of America and Britain” (co-worker letter, Sept. 18, 1954). Mr. Armstrong was referring to prophecies in the biblical books of Isaiah, Daniel, Nahum, Hosea, Revelation and elsewhere that foretell the emergence in the last days of a newly resurrected Holy Roman Empire—led by Germany!

This new law will not make the EU more democratic. Germany will be the only member with a greater voice. It’s a stealthy ambush of Brussels that will only make the European Union even more German-centric, German-dependent and German-dominated. This legal decision will equip Berlin with far-reaching leverage over EU law and policy, and will ultimately advance Germany’s prophetic march to become the unchecked leader of a united European empire.

If you haven’t already started, now is the time to begin studying Bible prophecy, specifically those prophecies relating to Germany and the Holy Roman Empire. A German-led, Catholic-inspired European empire is building. Take the time to become familiar with how it will affect America, Britain and the rest of the world, how powerful it will ultimately become, how its reign will end, what will come after it is gone, and what you can do to escape its grip.

We can help you answer these questions. Request your free copy of Germany and the Holy Roman Empire.

Believe it or not, this resurrected German empire is coming, and it will touch your life!