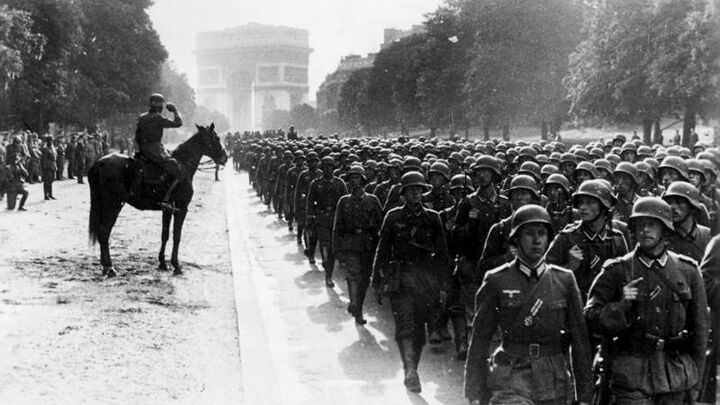 Lloyd George, one of Britain’s most prominent leaders (prime minister in World War i), praised Hitler as the greatest German leader of the age. This was said in 1935, after Hitler had murdered political opponents and instituted racism.

Winston Churchill was appalled. “I feel our country’s safety is fatally imperilled both by its lack of arms and by the government’s attitude towards the Nazi gangsters,” he said. “It is fostering in them the dangerous belief that they need not fear interference by us whatever they do. That can only encourage those savages to acts of aggression and violence of every kind“ (quoted by Martin Gilbert, Winston S. Churchill, Vol. 5, The Prophet of Truth). Churchill knew that if Britain fell, Europe would also fall and perhaps the whole of Western civilization, including America. Some people may have forgotten how close we came to destruction in World War ii.

Even after Germany conquered Austria and Churchill’s warnings were vindicated, people wanted to believe the delusion that the Nazis could be negotiated with. The weak-willed press was the worst culprit, aiding Hitler more than many of his own soldiers! “The Times in particular urged the Czechs to make concessions to Germany, and argued that it was Czech obstinacy that was the main obstacle to a peaceful settlement” (ibid.). The press deceived themselves about what was really happening. But not Churchill. He kept writing and speaking against this tragedy, even when his own Conservative Party began turning against him.

Hitler soon demanded that the Sudetenland of Czechoslovakia be given to Germany. He said it was because many Germans lived there. But most of the Germans there did not want his rule! “Unknown to anyone outside his secret circle, Hitler was already contemplating a dramatic outcome. ‘I will decide to take action against Czechoslovakia,’ he had informed General Keitel on June 18, ‘only if I am firmly convinced, as in the case of the demilitarized zone and the entry into Austria, that France will not march, and that therefore England will not intervene’” (ibid.).

Hitler was going to take action only if he was firmly convinced that France and Britain would not intervene!

This statement greatly exposes the mind of a tyrant, which America and Britain generally refuse to understand—a fact that reveals a lot about our nations. It clearly shows that we are weak and fearful nations when facing tyrannical dictators. But the strong and clear message is, tyrants always prey on weakness. All they ever understand and respect is superior force.

Germany had started and lost World War i. The Allied powers imposed upon them the Treaty of Versailles, which prohibited them from entering into a demilitarized zone in their own nation. In the 1930s they broke that treaty in every way. They took military control of the demilitarized area. The world watched and did nothing, fearful that opposing the Germans would lead to war. Then, when Hitler seized Austria in 1938, again the world watched and did nothing. They feared it would cause a war if they stood up to the Nazis. But the fact is, Hitler marched into those areas because he saw how weak Britain, France and America were. The same evaluation was being used with Czechoslovakia.

Now we can better see why Churchill called World War ii “the unnecessary war.” He believed it could have been prevented if the democracies of Europe had stood up to Hitler in the beginning.

Churchill was the only British leader the Germans feared. That fact alone should have gotten him into the British Cabinet. Instead, it was the main reason he was kept out! The fact that Churchill was not in the government was a sign that the leaders hadn’t faced reality. But it is so easy for weak and fearful people to reason around the truth.

Neville Chamberlain quickly and meekly responded when Hitler summoned him to Munich. He went there to sign a document of shame. The British and French forced the Czechs into giving Hitler the Sudetenland, a vital part of their country. When Chamberlain flew back to London, there were “‘Vast crowds in the streets,’ Oliver Harvey recorded in his diary, ‘hysterical cheers and enthusiasm’” (ibid.). People talked of giving Chamberlain the Nobel Peace Prize. One newspaper even labeled him the Prince of Peace.

Churchill was almost alone, unmoved by the tide against him, deeply ashamed and alarmed for his country. In a heated debate in the British Parliament, Churchill said, “I will begin by saying what everybody would like to ignore or forget but which must nevertheless be stated, namely, that we have sustained a total and unmitigated defeat, and that France has suffered even more than we have. … [W]e have passed an awful milestone in our history, when the whole equilibrium of Europe has been deranged, and that the terrible words have for the time being been pronounced against the Western democracies: Thou art weighed in the balance and found wanting” (ibid.).

That speech almost destroyed Churchill’s political career. He had been kept out of office for nearly 10 years. Though he still played a role in Parliament, even his own party was turning against him, and most of them wanted him out.

Churchill had the vision to see what was coming, and warned his people—as we must do today. The trials we have today are petty compared to what is coming before Christ returns! God is going to get our attention through words—or the Great Tribulation.

Many authorities say World Wars i and ii were the greatest tragedies of our century. I disagree. The worst catastrophe is that we failed to learn a lesson from Churchill’s warning!

Churchill spelled out in precise detail what was coming. We do the same today, with God’s revelation. Our peoples are going to be without excuse. God is showering us with His loving message at this very moment.