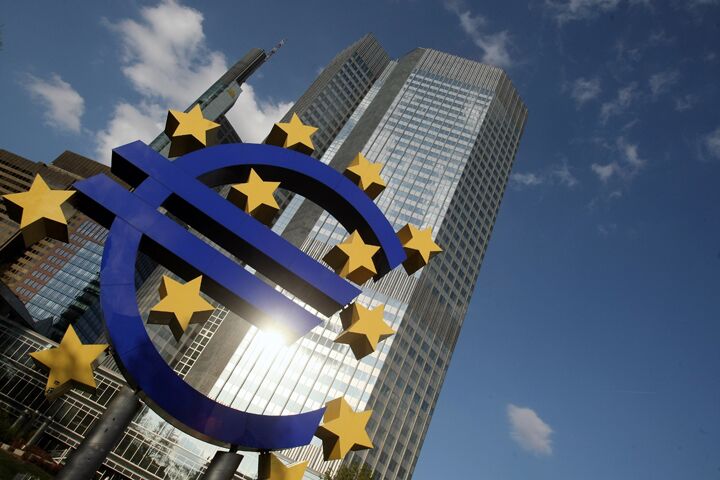 The world’s richest region is now Europe. It indicates where the world’s next superpower will come from.

War is not so much a matter of weapons as of money. This was said by the founder of the realist school of international relations, Greek historian Thucydides. His famous History of the Peloponnesian War, the war between Athens and Sparta in the fifth century b.c., stressed the influence of political leadership and war on the existence of civilization. He also observed that wealth is essential for a civilization to dominate.

The truth of Thucydides’s principle was demonstrated vividly during the American Civil War. The North’s great wealth translated into more factories, more guns and more money to pay for a bigger army. The South was no match for it, and the war finally ended when President Lincoln found a general with the same singled-minded determination he possessed in Gen. Ulysses Grant.

Thucydides wrote his classic text during a transition period not just for the Greek people but for the world. It was during the fifth and fourth centuries b.c. that ancient Greece developed the richest, most advanced economy in the world, while the world’s ruling empire at the time, Persia, was decaying.

Today we are in a similar transition of wealth and power. The current superpower, the United States, is bankrupt. Essentially, other nations have been financing America’s military and superpower status. At some time they will stop, and the U.S. will no longer be able to pay for the massive military machine that is keeping it dominant.

Even if nations are willing to finance America for the short term, the current administration has proven its lack of determination to use its military power to face down its enemies.

So who will fill the power vacuum?

Follow the money and you have the world’s next superpower.

The title of the world’s richest goes to the European Union. EU Observer recently published a report on a study that shows Europe as the richest region in the world. The financial crisis reduced the wealth of North America, the former richest region as measured in assets under management, leaving Europe in the top spot with a quarter of the world’s total wealth.

After the U.S., Germany, the dominant power in Europe, possesses the greatest reserves of gold, the precious metal that countries are eagerly buying up to hedge against America’s inflationary policies. Europe’s wealth makes it the best challenger to U.S. hegemony.

To some, it may look like the EU can’t possibly replace the U.S. as the world’s superpower. After all, it currently lacks a large unified army, a powerful navy and a unified policy guiding its military. Nevertheless, it would be a mistake to write off the EU.

That was the same mistake the Germans made in World War ii with America. Hitler’s opinion of the U.S. was so low, he declared in 1934 that the “American is no soldier. The inferiority and decadence of this allegedly New World is evident in its military inefficiency.”

This turned out to be one of the greatest underestimations of all time. After Germany declared war on America, President Franklin Roosevelt unleashed the vast resources of the U.S. They transformed into the powerful military machine that defeated Germany and Japan, and launched the nation into superpower status.

Remember this when looking at America’s rich and seemingly weak Atlantic neighbors. They have the technology to field an advanced military, the population to support a great fighting force and their own supply of nuclear weapons. There is a tremendous largely hidden potential in Europe ignored by most observers.

On the other side of the equation, U.S. military capabilities, already stretched thin, will diminish even more as the U.S. is forced to make major cutbacks due to money problems. The gap in power between the U.S. and the rest of the world is shrinking.

Like the Persian Empire 2,500 years ago, the U.S. is going to face a challenger. Thucydides died shortly after the Peloponnesian War finished, right before Phillip ii of Macedon united the Greek city states and started conquering Persia. His son, Alexander the Great, finished the job, establishing the Greco-Macedonian Empire on Persia’s ashes.

Likewise today, European states have formed a confederation that will challenge the world’s current superpower. All that is lacking is a leader, like Philip ii, with a single-minded vision to make it happen, and a unifying power.

The Trumpet has written for years that the leadership will come from Germany, the nation that has dominated the EU since its inception, and the glue to bind the Union together will come from the Vatican.

At the same time, the EU is undergoing a transformation through the Lisbon Treaty that is destined to change it into a powerful federal entity. The treaty replaces the rotating presidency with a permanent political president for up to five years, chosen by the European Parliament. This would likely give the EU the office needed for a strong leader to take charge.

All of these superpowers and empires discussed have been prophesied in the Bible. In the case of America and this next European power, they were prophesied thousands of years in advance. For more information on these empires, read our booklet Germany and the Holy Roman Empire.

Bible prophecy is the foundation of the Trumpet’s forecast that the EU, led by Germany, will replace the U.S. and become the next superpower (read our October print edition). World history shows us how empires have risen and fallen continually. It will happen to the bankrupt U.S. too.

Thankfully, the next superpower will be man’s last empire. After Europe dominates the world for just a short period, Jesus Christ will return to Earth and establish His Kingdom. It will be the only superpower that will never fall.